Medal found heroes: "Purple Heart" will receive the US military for minor injuries 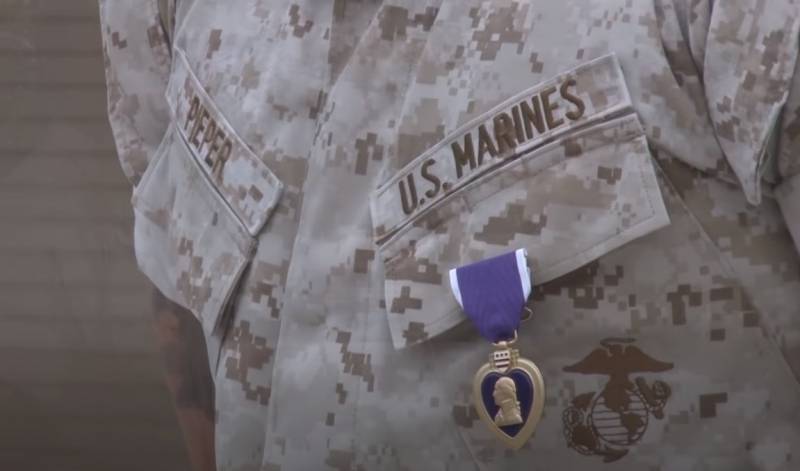 The Pentagon said that a number of US troops who were injured in a missile strike on American facilities deployed in Iraq on January 8 by Iran will receive awards.


As explained in the Ministry of Defense, we are talking about soldiers who served at the Ain al-Assad air base, the most affected by the shelling. According to the Pentagon, some of them deserve to receive the Purple Heart medal. It is awarded to servicemen wounded or killed in the line of duty.

The submissions are pending and studied in accordance with the rules of the Ministry of Defense and Military Service.
- explained in the department.

At least 110 military personnel were diagnosed with mild traumatic brain injuries resulting from an Iranian attack. However, this number did not appear immediately, but grew over several weeks.

US Department of Defense officials said the Purple Heart award was a particularly sensitive topic because President Donald Trump, reporting on the incident, stated the severity of head injuries compared to loss of limbs.

In general, this indicates a serious “inflation” of heroism in the United States Army.
Ctrl Enter
Noticed a mistake Highlight text and press. Ctrl + Enter
We are
Reports from the militia of New Russia for 27-28 September 2014 of the yearDecember 2010 years. Russian March. Senseless and merciless? Notes not a Russian person
70 comments
Ad