“Tanks are not afraid of mud”: about one discussion 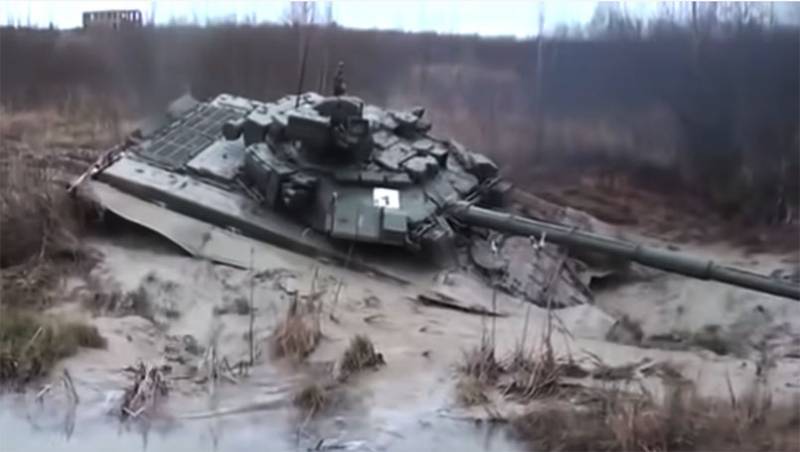 The dissemination of information via the Internet and the emergence of many sources of this very information, which, to put it mildly, are not very competent in these matters, leads to the most incredible disputes and discussions in pseudoscientific circles. It is with such a discussion that I encountered quite recently. The problem of road wheels of tracked combat vehicles was discussed.


Moreover, judging by the replicas of the "specialists", the track rollers were of interest to the authors in connection with the hypothetical opportunity to meet Russian and Western on a European theater tanks. Moreover, this meeting should take place in the harsh conditions of autumn or spring impassability. In the open field, as it was during the Second World War.

Agree, it sounds quite exotic. However, having studied the composition of those discussing by geolocation, it became clear that the “experts” of Russia and Ukraine were arguing. Just one of those couch warriors who will do everything not to get into the army or to serve in the "distant Soviet years."

Remember the inscription “Tanks are not afraid of mud” that is often found on passenger cars? This was the argument.

Honestly, the argument about which rollers are better is initially stupidity. Simply because the very concept of a large or small roller is not known to most. The opinion that "the more the better" has long been refuted by practice. It's simple, if the roller radius is equal to or greater than the ground clearance, then it is large.

If anything is worth talking about, then this is not about the elements of the chassis of the tank, but about the suspension designs of tanks in historical development. But this is a global topic. Including tanks of many countries of the world. Probably from the very first tanks to modern versions of independent suspension.

In the West, the video of testing the Soviet T-72 by the Swedish military is very popular. It is on the cross. I specifically showed this video to our officers. I repeat, they all from the very first shots said that the guy behind the levers of this tank had no idea about the work of the driver.

In the dispute with which I began the conversation, I have one argument in favor of the T-72. I asked a lot of specialists about the possibility of "shoeing" the T-64 and T-72 with an unprepared mechanized drive. My question was prompted by a fairly large number of abandoned T-64s in the Donbass. Abandoned without obvious combat damage.

Theoretically, the possibility of losing tracks by both tanks is admitted by many. However, we have almost seen such a unit. The commanders of tank companies and battalions with T-72s in service are not aware of this problem. A car can take off shoes only if it is blown up or in other combat damage. But even in this condition, the machine is easy to tow on track rollers.

But the T-64 is a finicky car in terms of chassis. In a tank track or in those conditions that “Internet experts” argued about, wet arable land or swampy soil, in short, on heavy soils, even in first gear, when turning, the risk of losing a caterpillar is quite high. If we add to this a slightly weakened caterpillar and a higher speed ... We will see exactly those cars that are often found in videos from Donbass today. Remember the inverted fenders.

But it is almost impossible to pull the "flabby" T-64 out of the battlefield or just from the landfill with heavy soil. The track roller trays sink into the ground above the balancers!

In no case do I pretend to be absolutely correct in my own opinion. Moreover, I am sure that experienced tankers will find some inconsistencies between my conclusions and their own experience in operating tanks. This is normal. The truth is always somewhere nearby.

And the last one. They often write to me that “yesterday it was necessary to create something like that ...”. The following is the name of the military vehicles or weapons that are available in some army of the world. Moreover, the arguments in this case are quite doubtful. To be like them ...

Dear guardians for the power and strength of the Russian army, but didn’t you think that in this way we will return to the past? Again we want to catch up with someone. To make it worse. But I don’t want it to be any worse.

Firstly, I need to restore my hometown, build factories and sanatoriums. It is necessary to raise the salary of all. Retire to raise. I have a lot to do already yesterday. A game of catch-up will lead to the fact that everything that I need will be built longer or will never be done at all. Once we already wanted to overtake everyone.

Secondly, I do not want to be second. I want to be the first. The leader. Let the very “they” try to create “something similar” to mine. Let them catch up. We have shown our capabilities. We showed what “potential partners” still need to think of. So let them undergo the restoration of their own cities and resorts ...

And disputes about what and who is better will be constantly conducted. Simply because the number of "specialists" will grow. And real experts have answered most of the debated questions long ago ...

Ctrl Enter
Noticed a mistake Highlight text and press. Ctrl + Enter
We are
About Stalin and KhrushchevWhat you didn't want to know about England
42 comments
Information
Dear reader, to leave comments on the publication, you must to register.