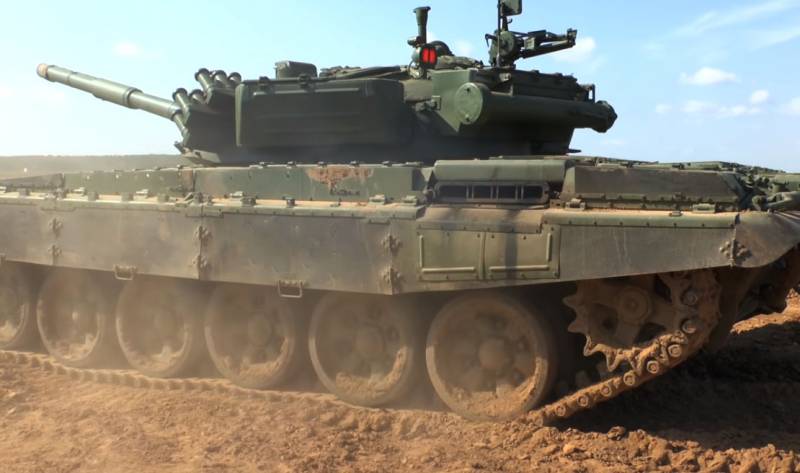 Have you ever been in a situation where a little man put you in an awkward position with one or two questions? But I recently had to experience just such an embarrassment. We watched the famous film "White Tiger" with a neighbor boy of 4 years old. The kid looked in all eyes behind the ups and downs of the plot and at the end of the film he asked: "Uncle Sasha, why didn’t they do the same for our other tankmen? Tankslike the one who defeated the German? ”


I don’t know about you, but I watched this film more than once, but I didn’t have such a question. Probably because adults know too much and lose the ability to ask simple questions with age. We get used to finding explanations for everything, but we can’t ask questions anymore. But such a simple question that I heard is really important. The answer to this question in the film is shown by more than a dozen wrecked Soviet tanks and terrible types of burned tankers.

Instead of a heart a fiery motor

Of course, I could tell the kid about the advantages of the Soviet T-34 over German tanks, I could tell him that it was this tank, by the decision of the uncles who understood the tanks, that it was recognized as the best tank of the Second World War and much more. But Karen Shakhnazarov intervened with a lot of burned best tanks on the screen. And all my explanations turned into husks.

After all, the truth was one. Simple and unpleasant. We made exactly the tank that we were allowed to make our capabilities. And now I'm not talking about the capabilities of our engineers and designers, not about the production workshops of tank factories. I'm talking about engines. Those same "fiery motors that are instead of the heart." How many good projects were ruined only because there was no engine of the required power.

A powerful propulsion system is needed like air. This is the dream of designers of any technology. From tractor to space rocket. And this is exactly what is always missing. Which always slows down the project for a certain period. But more often, it generally cancels its implementation in the future.

Give a good diesel!

For some reason, most readers have the opinion that the problem with Russian diesels arose recently. And this is due to the sanctions that Western countries periodically impose on us. Alas, the problems started much earlier. And they began to solve them too long ago. But this is not always easy to implement.

Remind history, which is still proudly remembered at the Chelyabinsk Tractor Plant. The story concerns the familiar to most T-90S tank.

In 1996, we negotiated with India to purchase a batch of Russian T-90s for the needs of the Indian army. Exactly the same negotiations were conducted by Pakistan and Ukraine. There they talked about the purchase of Ukrainian T-80UD. The T-90 at that time was already in service with the Russian army and was quite comfortable with the Indians. But ... The Ukrainian tank had a 1000-horsepower engine and the Indian military could not buy a T-90 with an 840-horsepower power plant. Ambition, you know.

Then they commissioned Barnaul Transmash to make a new diesel engine. But the engine did not pass the test. The contract with the Indians was broken. Head of GABTU Colonel General S.A. Maev tore and metal. And then representatives of ChTZ appeared who proposed to develop their own diesel engine. Mayev agreed, but the Chelyabinsk citizens had to develop the engine at their own expense and at their own peril and risk.

As a result, T-90S tanks with new, unparalleled in the world, V-92C2 engines went to India for testing. Now all experts already know about the fact that at the time of testing this engine did not even pass all the required tests.

Then, in the Thar desert, near the Pakistani border, at a temperature of 57 degrees, tanks with new engines showed the characteristics above those specified in the contract. The Indians “killed” them consciously. Moreover, the task was to specifically overheat the engines to see the inside of the engine. T-90S withstood everything.

The creation of the V-92C2 diesel engine was such an important event in Russian tank construction that quite a lot of experts in the tank field generally consider this event the return of Russia to the world elite of tank manufacturers.

The problem with the T-90 was resolved, but, as practice has shown, the problem with tank engines in Russia remains. Heavier cars can no longer satisfy even 1000 strong diesel engines.

What do you call a yacht, so it will sail

We observe the same picture in the Navy. In general, the whole history of shipbuilding is the history of the search for the most effective sources of energy to ensure a given course of the ship and provide power to the weapons. And the main engine for the Navy today is diesel.

True, there is a category of ships, the size of which allows you to install nuclear power plants on them. These are submarines with a displacement of over 4000 tons and surface ships from 8000 to 100000. It is clear that the number of such ships is quite limited by many factors.

From all of the above, we can draw a simple conclusion: the fleet need diesels! Notice, I did not mention auxiliary vessels, from 100 to 25000 tons. But there are diesel power plants everywhere. Without a reliable, powerful, unpretentious to fuel and easy to maintain and repair a diesel engine, we cannot develop our fleet!

The problem of technological lag in the production of diesel engines in Russia is quite acute, as I mentioned at the beginning of the material. Moreover, the problem hinders the development of not only the military but also the civilian sectors, in particular, railway transport, so much so that in 2011 the Federal Program was adopted, which explicitly indicates the need to raise domestic diesel production to a new level

And it was planned to do this in five years. Well, humanity has not yet come up with engines that are more economical in terms of fossil fuel consumption. Diesel engines are used almost everywhere today. And the tendency to improve them can be seen quite clearly in the development of designers of all the leading countries of the world.

And we have a backlog. Let me remind you the words of the Minister of Industry and Trade of the Russian Federation Denis Manturov, which he said at the opening of a new production complex for the production of new generation engines at the Ural diesel engine plant in Yekaterinburg on July 12, 2016:

In less than 4 years, we were able to make a qualitative technological breakthrough in the family of high-speed engines with power from 1 thousand to 4 thousand kW. The developed family of DM-185 engines in terms of functionality, parameters of efficiency and environmental friendliness are not only not inferior, but also superior to foreign analogues. Thanks to this, we can, without any loss, refuse to use a number of foreign diesel engines in transport engineering, shipbuilding, and small energy. This will give an additional impetus to the development of entire sectors of our industry.
We have no right to fall behind again.

We are in Yandex Zen
Results of the week. “In our cooperative, the board is always agreed”
Results of the week. "God forbid to see Russian revolt, senseless and merciless!"
167 comments
Information
Dear reader, to leave comments on the publication, you must to register.