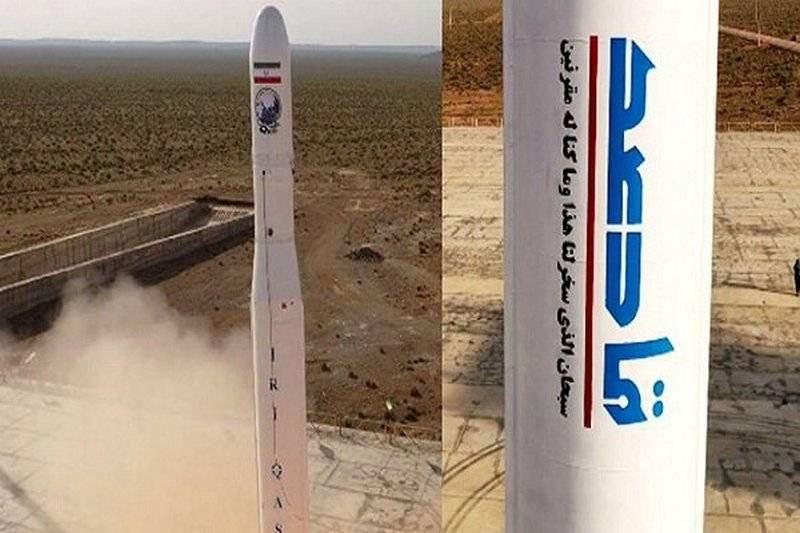 Iran put into orbit the first national military spacecraft. This was reported by the Iranian television channel IRIB with reference to the statement of the IRGC.


According to the press service of the Islamic Revolutionary Guards Corps, a satellite called Nur-1 (Noor - "Light" - Pers.) Was successfully launched into the 425-km orbit with a two-stage carrier rocket "Qased" (Qased - "Messenger", “The Messenger” - pers.). The launch was made from the cosmodrome (according to other sources - the training ground) in the Dasht-e Kavir desert. It is reported that the launch of the spacecraft into low Earth orbit was timed to coincide with the 41st anniversary of the IRGC. No other launch details are given.

Note that the launch of the military satellite "Nur" was the first successful this year after two unsuccessful ones, conducted in January and February of this year. The reasons for the failure in Tehran were called technical problems with the launch vehicle.

Meanwhile, Western media have reported that the fact of the Iranian military satellite’s orbit has not been confirmed by independent sources, so far only the Iranian media has reported this.

Ctrl Enter
Noticed a mistake Highlight text and press. Ctrl + Enter
We are
Reports from the militia of New Russia for 27-28 September 2014 of the yearAnother satellite crashed without reaching the specified orbit
42 comments
Information
Dear reader, to leave comments on the publication, you must to register.