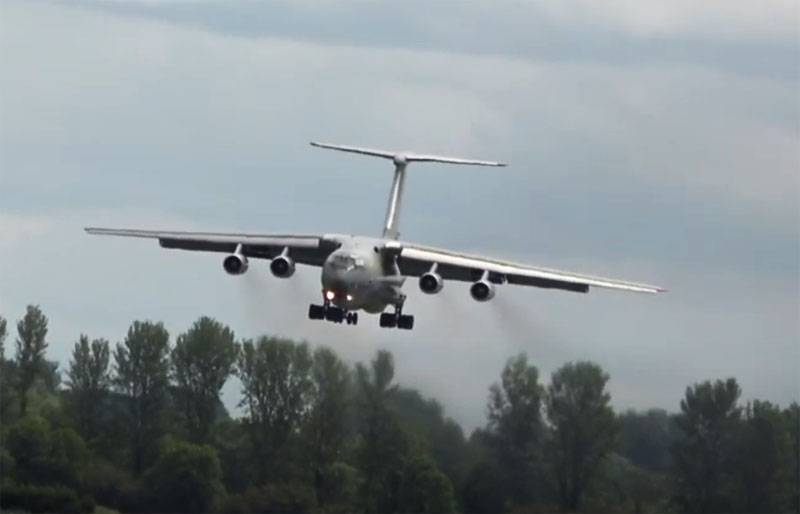 A video of the low-altitude flight of a military transport aircraft of the Ukrainian Air Force Il-76 appeared on the Web. The video was posted on the YouTube channel.


It should be noted that most likely the case recorded on the video occurred at the end of September 2015, earlier this IL-76 span was taken from other angles. The video’s explanation says that the footage was shot at the Melitopol airfield during the training of the Ukrainian Air Force. Although it may be that these are two completely different cases of air hooliganism that occurred with a difference of 4 years.

Judging by the video, the IL-76 flight at a very low altitude did not scare anyone, the service personnel did not scatter to the sides, everyone was waiting for the plane to fly over them.

The same flight of the IL-76 over the Su-25 attack aircraft, but taken from a different angle, warfare is heard expressing admiration for the aerobatics of Ukrainian pilots ...

Of course, not only the Ukrainian Air Force "sin" with such tricks. For example, a video of a low-altitude flight of a Su-24 front-line bomber recently appeared on the Web. Judging by the screams in the video, it was shot in Syria, and the plane belongs to either the Russian Air Force or the Syrian Air Force, there is no explanation for the video.

In such cases, the public is usually divided into two camps. Some believe that this is an unacceptable risk, others are sure that this is an adequate demonstration of the skill of pilots.
Ctrl Enter