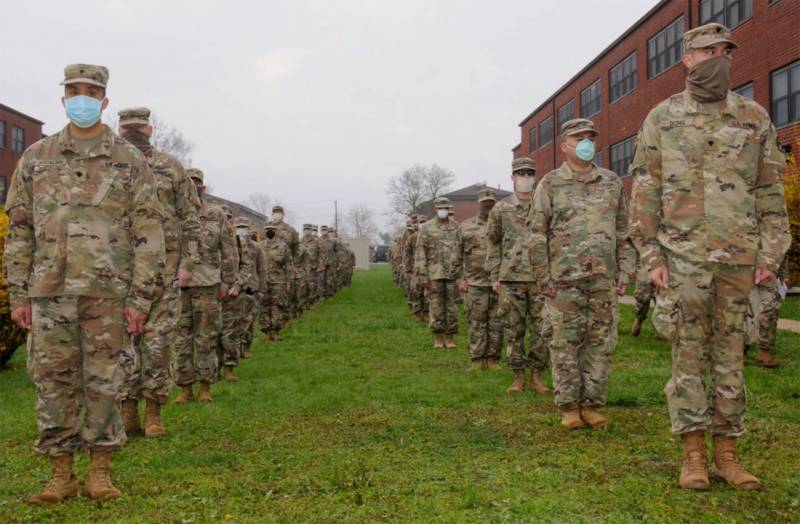 Social psychology is rapidly transforming in the world. If a couple of months ago, psychology “forced” people to divide into certain social groups - by interests, including professional, by level of education, income, by political preference, now the transformation leads to a completely different one. People are wary of each other, literally perceiving each as a source of potential danger.


Under such conditions, the stable parameters of military psychology are also violated. Such concepts as “adversary”, “military confrontation”, “military alliance”, and “ally” are substantially eroded. Even within those groups, which, by definition, should have been a model of unity, psychological deformation is manifested. The reason is understandable - the reaction to a completely new threat - one that was previously unknown. Moreover, not much is known about it even now, despite the fact that literally hourly different experts and those who call themselves such speak about the coronavirus threat.

Between individuals, completely new boundaries, barriers. They are invisible, are purely psychological in nature. But they are based on the natural instinct - the instinct of self-preservation, which can often completely suppress even the voice of reason.

A new kind of stigmatization is emerging. If a person finds out that the other person has that same coronavirus, then this leads not only to rejection, but also to the urge to transfer it to almost another social category. Similar stigmatization is becoming increasingly apparent in relation to those people who are not inclined to dramatize the situation.

Returning to the military theme, it should be noted that under such conditions the very understanding of the military collective is also pretty blurred.

One vivid example is the situation with the American aircraft carrier Theodore Roosevelt, whose commander decided to tell the press through what was happening on board. It turned out that he expressed distrust of the possible actions of his immediate superiors in the case of a “statutory” appeal and report. This distrust led to distrust of the authorities to the commander himself, and then to the adoption of decisions that now cause discontent among the crew of the aircraft carrier. On this the chain does not break: a single military team tests the strength of the attitude of its members towards each other, who blame either the commanders, the military medics, or the intelligence representatives for what can be expressed with the words “they didn’t save”.

The psychological portrait of such a military team is filled with dark colors. And the restoration of relations, which are becoming more strained and increasingly less trusting, can take much longer than can be assumed. This is the same as the initial underestimation of the so-called Vietnam syndrome in the United States. However, the psychological problems that the American army faced in the 70s suggest that underestimation was in vain. It is possible that today there is a certain underestimation of the syndrome associated with the manifestations of the coronavirus pandemic: a reaction to the fact that anyone can become a carrier of infection, problems of assessing isolation and loneliness, panic from what the media broadcast about the situation in the world and much more , including isolation ("geographic", and, possibly, psychological) from your near and dear ones. And it is quite possible that from the point of view of psychology, the situation may turn out to be more serious than the Vietnam syndrome itself.