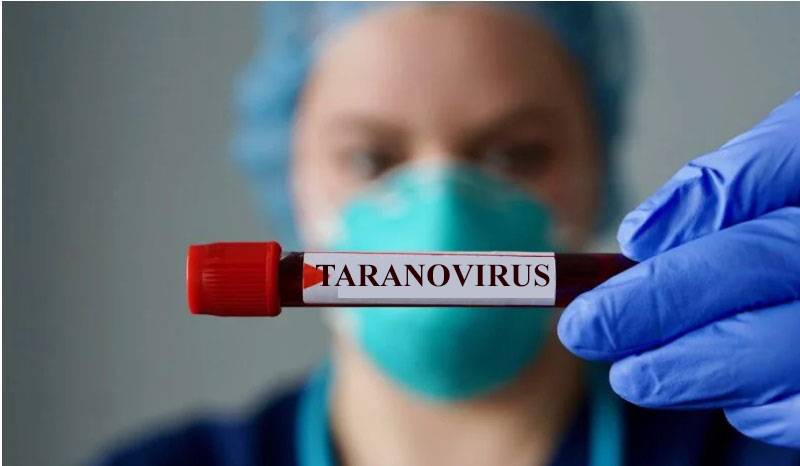 It’s like monuments to the defeat of Russian industry in the 1990s, in many areas of Russia there are ruins of once powerful enterprises. Perhaps there is no such region in the country where people still have not bitterly recalled such examples. They can be understood: after all, we are talking about millions of lost jobs and hundreds of billions of rubles lost in profit and taxes.


Many sectors of the defense industry were defeated, which now, under the conditions of sanction pressure, have to urgently be restored from nonexistence.

This sad fate did not pass and Novosibirsk. From a powerful industrial center, it has turned into a service and logistics point on the map of Russia. Actually, he repeated the fate of dozens of other major cities of the country. And those production that managed to be saved, became an exception to the rule.

In each stories the salvation of an industrial or scientific team, one can discover either the influence of the extraordinary personality of the leader, or of special importance for the security of the state. And it happens that so steady demand and high profits from products are preserved that revenues allow you to lubricate all the necessary gears of a corrupt state machine.

Otherwise, the enterprise is doomed, and its size and former glory do not play a role.

The remains of the huge Sibselmash are catching up, the wind is snowing and dusting the ruins of the city-forming enterprises: Altai Tractor Plant in Rubtsovsk and Gormash in Kiselevsk. The map of the country has become like a cemetery of industrial dinosaurs. Their assets have become a breeding ground for proliferated in a huge number of different industrial viruses.

One is worth telling in more detail.

“Taranovirus” owes its name to the names of the famous and once successful Novosibirsk businessman Eduard Taran, whom the media often call a “raider”.

Perhaps this is not so, but why then does his collaboration with an enterprise in crisis usually end with its capture and subsequent destruction?

“Taranovirus” is still contagious and dangerous, so it’s worthwhile to talk about methods of combating it in more detail using the example of the medical history of one of the former flagships of the Novosibirsk industry - the Sibelektroterm plant. It is important to understand how the plant managed to begin recovery after the "taranovirus fever."

The actions of Eduard Taran to choose a victim for raider capture are not much different from the habits of the coronavirus. That, in principle, doesn’t care where to breed: a bat, a pangolin lizard, and human flesh will do. When there is no suitable industrial facility, Taran will not disdain to profit from the Spartak stadium or try to bring under control the successful and world-famous ANO Clinic NIITO.

Just as coronavirus deceives the victim’s immunity by pretending to be its own cell, Taran promises mountains of investment to its potential victims.

As Oksana Shelyakina, director of the Clinic NIIITO, recalls, in 2018 Taran tried to gain leverage over all the property and the multi-storey building where the clinic staff works, bluffing promises of large investments. Oksana Shelyakina did not allow the interception of property management, and since then Taran has been circling the clinic, apparently waiting for a favorable moment for a new attempt to invade.

But the officials of the Novosibirsk City Hall, it seems, were struck by the "taranovirus" and transferred to him about half the shares of the city stadium "Spartak". As a result, the stadium is in ruins, the football team is out, the city hall transfers its shares to the regional property to save the object.

The main thing for “Taranovirus” is to penetrate the victim’s body, and then everything goes according to the worked out scenario. At Sibelektroterm, Taran also went in the worked out way, having bought Levoberezhny bank's debts for a small amount.

Having become one of the creditors of the bankrupt enterprise, Taran gained access to the “body” of the victim and, like a coronavirus, began to reprogram the body's work for its nutrition and reproduction. To this end, with the help of the traditional promises of prosperity and healing, he managed to promote his long-standing colleague in property acquisition, a certain Mr. Lebedev, as the bankruptcy trustee.

For two years of management, he inflicted significant damage to the property of the enterprise, in every way prevented its withdrawal from the crisis. Unlike many other bankrupts, Sibelektroterm could easily pay off accumulated debts due to demand for its products. Despite the opposition of the bankruptcy commissioner to restore production, the plant over the years has released several unique electric furnaces, including for export.

Bodies for American Caterpillar trucks were produced, and together with scientists from the Institute of Nuclear Physics SB RAS Sibelektroterm, it successfully creates a unique installation for the international scientific project PANDA. If it were not for the "qualified" management of the bankruptcy trustee, the installation would have already been sent to Germany. And now you have to make up for lost time.

He, like the coronavirus, is in principle not interested in the death of the victim. It is important for him to eat and breed. But often the case ends in a fatal outcome. Until recently, Sibelectroterm was on the verge of destruction. The bankruptcy trustee Lebedev first leased the company to the Taran glass factory Ekran. Taran received a huge plant for just two million a month. For the price, many times lower than the market.

In numerous interviews, Taran promised many times to turn the Sibelektroterm site into an industrial park, in which the tenant line will stand. Although most of the enterprises that once came to him eke out a miserable existence. In recent years, this "Akella Raiding" began to lose its scent and grip, it is increasingly missing, but the habits have remained the same.

In fact, instead of creating a technopark, the cost reduction traditional for the tactics of “taranovirus” began. Buy Sibelektroterm at a fair market starting price Taran was not able to.

So, it was first to ruin it and buy for a penny. In the workshops, cables were cut out in kilometers, everything that had non-ferrous metals in its composition was dismantled. Materials and equipment disappeared from warehouses and workshops, the staff contracted, replenishing the ranks of the unemployed and complicating the socio-economic situation in the third largest city in Russia. 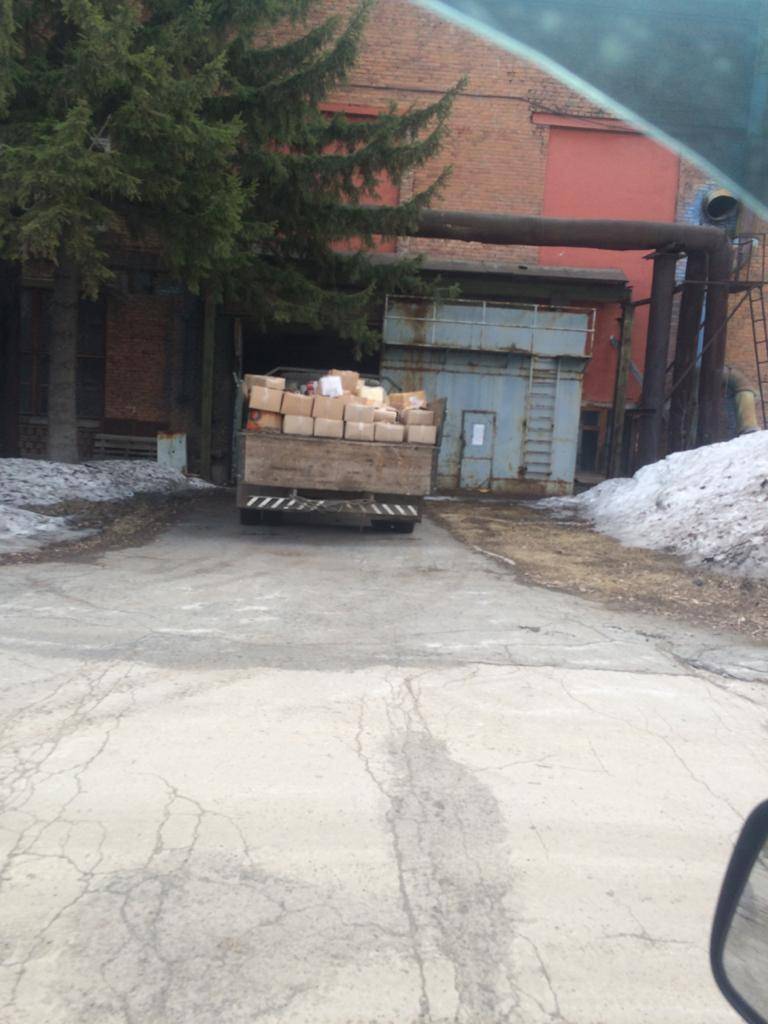 And the guards hired by Lebedev seemed to notice nothing. Once, some unsuccessful thief broke during cable cutting, fell on a gantry crane farm and received multiple fractures. As the investigation established, for several hours the unfortunate painfully died on this crane, called for help. But the guard accidentally stumbled upon the corpse of the unfortunate only in the morning.

Snow was not removed from the roofs, which caused the emergency condition of the roof of the third building.

The roof of the pumping station collapsed more than a month ago, the water main was interrupted. The boiler room is flooded, but it is not being repaired, but simply pumping water. The remaining pumps operate under a layer of water and are likely to stop soon. Then even the weak water supply to the factory facilities, preserved after the accident, will completely stop. 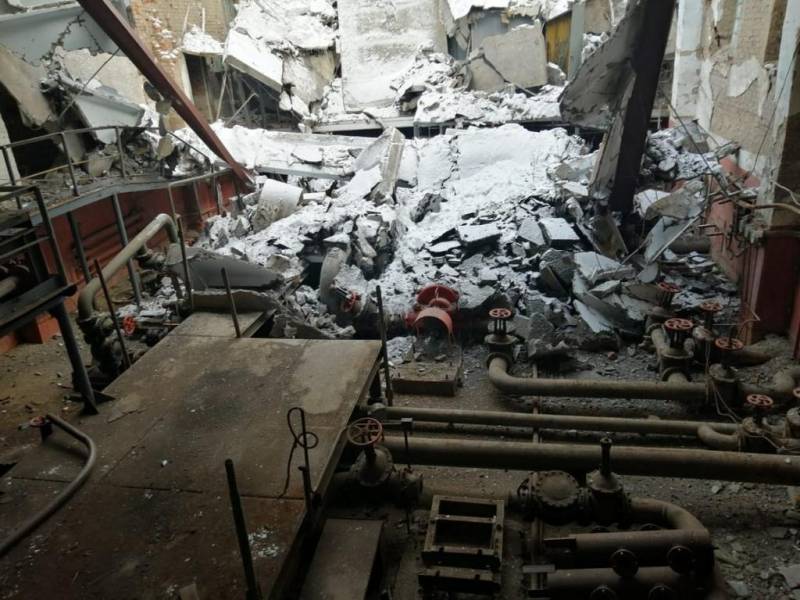 One can call what is happening the fruits of the “successful” leadership of the bankruptcy trustee Lebedev, or it can be called the implementation of Taran’s plan to reduce the cost of Sibelectroterm property.

Actually, this, probably, “by pure coincidence”, and Mr. Lebedev was mainly engaged in the last two years. With one hand, over and over, he put off tenders for the sale of property to those who wanted to revive production, and with the other ... did not interfere with the sacking of the plant.

How to find a cure for "taranovirus"

As in the case of coronavirus, already known proven agents have proven effective against the "taranovirus". COVID-19 is killed by antiseptics, and the "taranovirus" loses its power from public control, it does not tolerate publicity. Bankruptcy trustee Lebedev would not be able to stay on his post for so long without the indulgent attitude to his violations by the judiciary. But after the start of live broadcasts on the social networks of the arbitration court sessions, it became much more difficult for Mr. Lebedev to remain untouched. The judge began to think about moral damage to his reputation.

Despite desperate attempts to disrupt the sale for the debts of the third building at all costs, Lebedev no longer found support from either the judge or the Federal Antimonopoly Service. As a result, the third building was recently sold to one of the creditors of the Astra-Electro plant, which has long been planning to establish production of electrical products in it. In the same workshop, the production of bodies for Caterpillar dump trucks will be restored. Finally, the final assembly of a 500-ton unique design for the PANDA project will begin.

There are orders for electric furnaces, which Sibelektroterm is famous for and which are used for the production of parts from refractory metals, including titanium, in the defense industry.

To transfer the body to the new owner, only the signature of Lebedev's bankruptcy trustee on the basis of past tenders is required. But then ... the coronavirus came to the rescue of the "taranovirus".

Although all industrial enterprises (and not only them) are allowed to work, Mr. Lebedev hastily self-insulated so as not to transfer the third workshop to the new owner. At the same time, the hasty dismantling of equipment and the removal of it and technical documentation from the workshop began.

It is clear that the guard, obeying Lebedev, does not prevent the theft of property worth tens of millions of rubles.

Apparently, Mr. Lebedev intends to "self-isolate" until the complete dismantling of the equipment of the workshop in order to try to make it impossible or very expensive to restore production in it. The new owner is looking for legal ways to stop "lawlessness." The labor collective, who is deprived of the opportunity to return to work, is also outraged.

“Taranovirus” in the defense industry can be dangerous with its complications. And the state has not yet found effective methods for its treatment.

We are in Yandex Zen
About Stalin and Khrushchev
List of destroyed the largest and most high-tech enterprises
61 comment
Information
Dear reader, to leave comments on the publication, you must to register.