Ukrainian generals and admirals allowed to serve up to 70 years 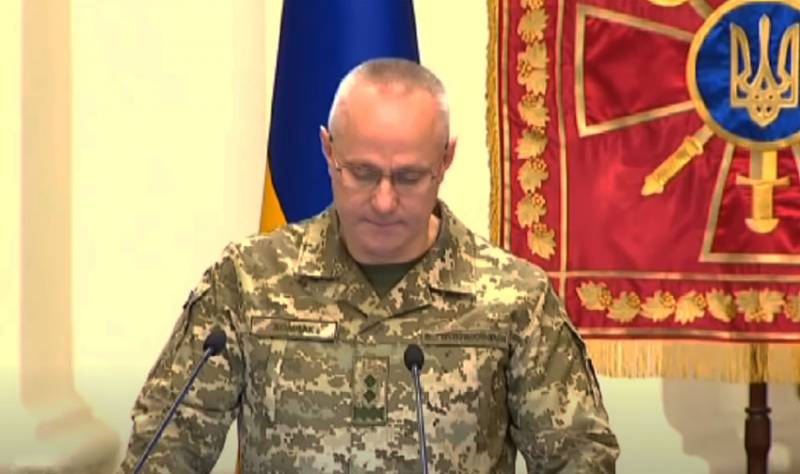 The Ukrainian president has amended the Regulations on the passage of military service. We are talking about the legislative norm, which provides for age regulations for service in the Armed Forces of Ukraine.


So, in the new version of the Regulation there is no norm for the previous restriction on the extension of the service life "for experienced professionals." In other words, if in the Ukrainian army a specialist is recognized as experienced, then he can extend the contracts without any previous restrictions. And, on this basis, the contract can be extended for up to five years in excess of the age limit for service.

At the same time, questions arose regarding the parameters for determining the experience of some and the lack of experience of others.

The revision of the age limit for general service also applies to the new norm. 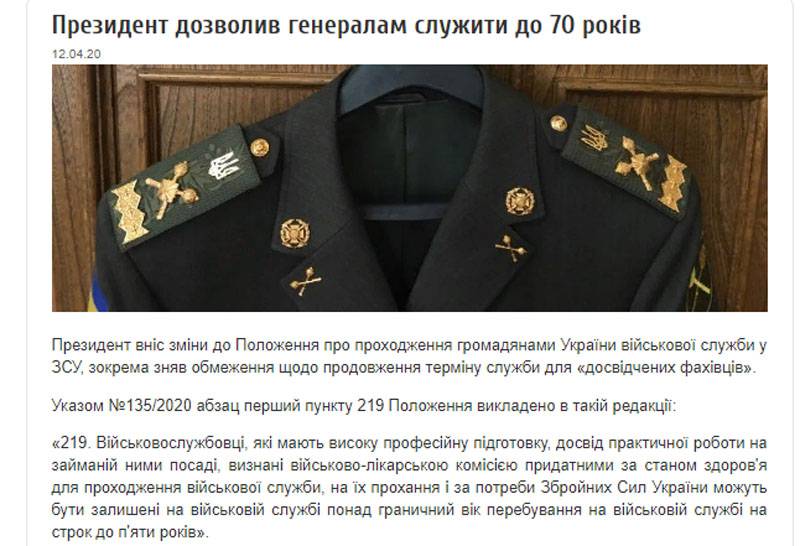 This publication in the Ukrainian media about the decision of Vladimir Zelensky caused a mixed reaction in Ukrainian society. Some consider this measure to be necessary, but correct, while others are confident that it will complicate the promotion process for young officers.
Ctrl Enter
Noticed a mistake Highlight text and press. Ctrl + Enter
We are
Officer over term. The military personnel will increase the service ageIn Turkey, 50 generals are immediately biased.
112 comments
Information
Dear reader, to leave comments on the publication, you must to register.