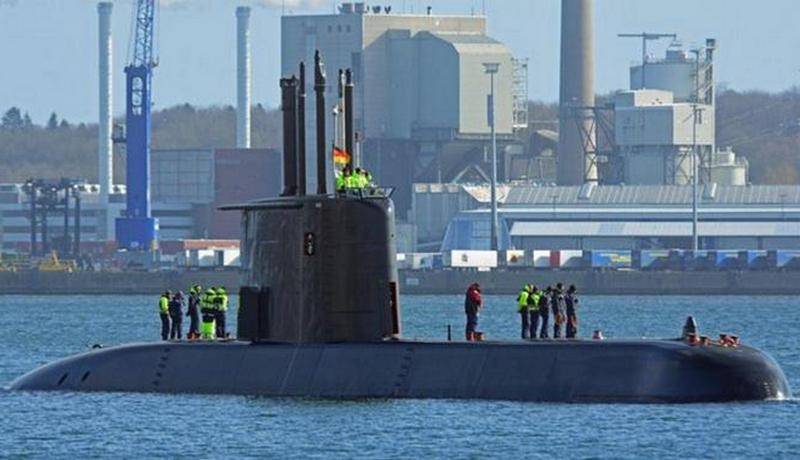 The Egyptian Navy has armed with a third diesel-electric submarine of project 209 / 1400Mod, built at the German shipyard Kieler Werft TKMS in German Kiel. The ceremony was held on April 9th ​​without ceremonies due to the coronavirus.

In 2015, a second agreement was signed for two more submarines of this type (the third and fourth). S43 was launched in Kiel on May 3, 2019 and is now handed over to the Egyptian side. The last submarine is under construction, its transfer to Egypt is scheduled for 2021.

It is assumed that submarines will provide security and border protection in the Mediterranean and Red Sea, as well as the Suez Canal.

We are in Yandex Zen
In Germany, launched a third submarine for the Egyptian Navy
The second German diesel-electric submarines of the 209 / 1400Mod project has been transferred to Egypt.
55 comments
Information
Dear reader, to leave comments on the publication, you must to register.