In Shanghai, the completed head UDC of project 075 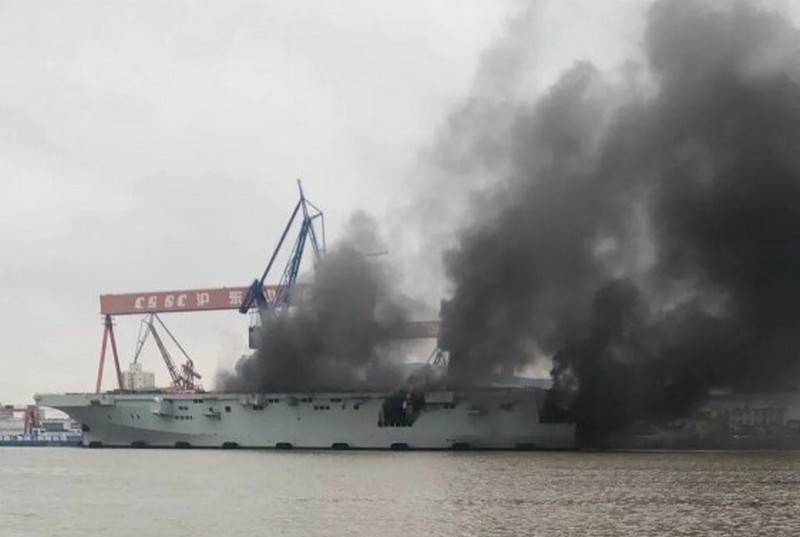 In China, a fire occurred on Project 075, an expandable lead multipurpose landing ship. Fire broke out on the morning of April 11 on a ship standing at the construction wall at the Hudong-Zhonghua Shipyard Hudong-Zhonghua Shipbuilding Group in Shanghai.


According to Chinese media, a major fire occurred in the stern at the construction head project of UDC 075. The cause of the fire, as well as the damage caused and possible victims of the fire are not reported. The fire was extinguished with the help of a fire ship.

The ship was laid down in 2016, launched on September 25, 2019. UDC is being built on a project completely developed by Chinese designers. The introduction of the PLA Naval Forces is scheduled for 2021. 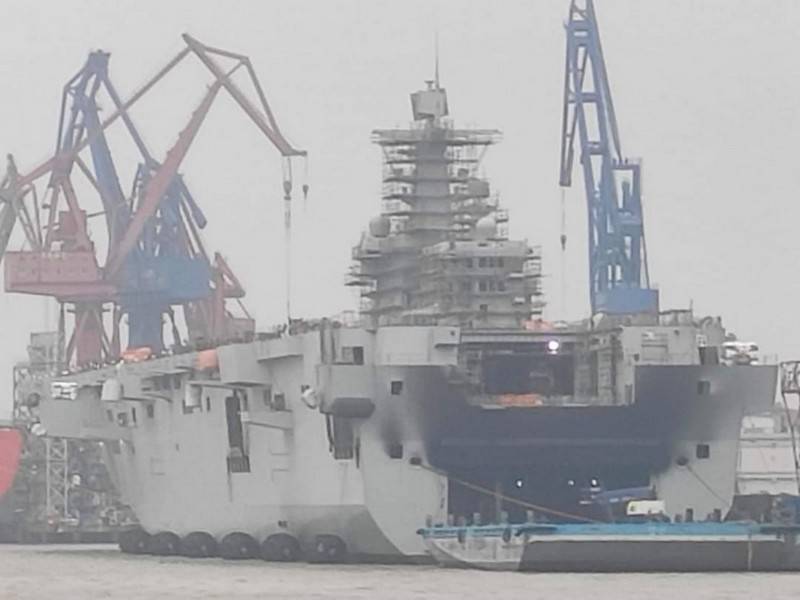 The UDK of the 075 project under construction is a rather large ship comparable in size to its class in the UDC of the US Navy. According to available information, the length of the ships of the 075 project ranges from 235 to 250 m (there are no exact data), and the total displacement is 36 thousand tons (data from Chinese sources). American UDCs of the same class like Tarawa, Wasp and America have a length of 254-257 meters and a total displacement from 40 to 46 thousand tons. More information on Chinese UDC is missing.

According to available information, the construction of two more, and according to other sources, three universal amphibious assault ships of project type 075 is being conducted at the Shanghai shipyard.

We are in Yandex Zen
075 type head UDC of the project launched in China
China launches 056 project corvettes
64 comments
Information
Dear reader, to leave comments on the publication, you must to register.