The Last Revelation of Henry Kissinger 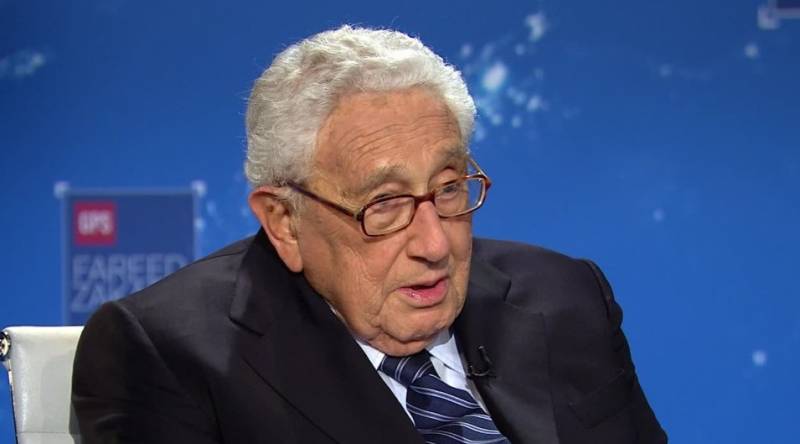 Looking from the past ...

Now he is well over ninety, but Henry Kissinger, or rather, Heinz Kissinger, a Jew who emigrated to the quiet Bavarian Fürth during the war, does not leave the leadership of the notorious “public” Bnei Brit organization. There is still no way in the world to find a politician who would not want to meet with him, and as soon as Kissinger speaks out, his every word is scrupulously studied by both analysts and the general public.

One of the initiators of the "detente," Henry Kissinger served as National Security Advisor and Secretary of State under Presidents Nixon and Ford. It can be said about him that there are no former politicians. He is a Nobel laureate and doctor of sciences. In 2018, Kissinger, once the de facto second person in the United States, but rather the first in foreign policy, held a series of informal meetings with President Trump, campaigning for cooperation with Russia in a trade war against China. 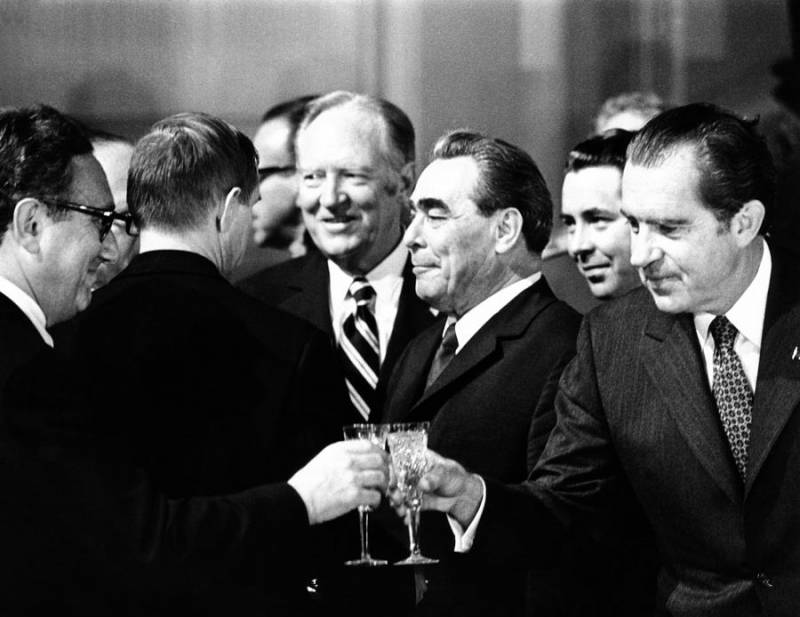 Henry Kissinger (left) and Richard Nixon "amid" the General Secretary of the CPSU Central Committee
He met with Soviet and Russian leaders, starting with Brezhnev and ending with Putin, with enviable regularity, more often than with NATO allies. Three years ago, after a meeting with the Russian president on duty, one fact of his presence in Moscow, Kissinger sharply raised the status of the Primakov Readings local economic forum.

As the world once again begins to balance on the brink of disaster, optimists are almost the first to quote Kissinger: “There can be no crisis next week. There is no longer any place in my schedule. ” Still, few expected the former secretary of state to speak out so quickly and seriously about the COVID-19 pandemic.

The tribune to the master was provided by The Wall Street Journal, this almost officialdom for the business community, and not only in the USA. And the first thing from Dr. Kissinger to the world establishment was pretty much for complacency and complacency. 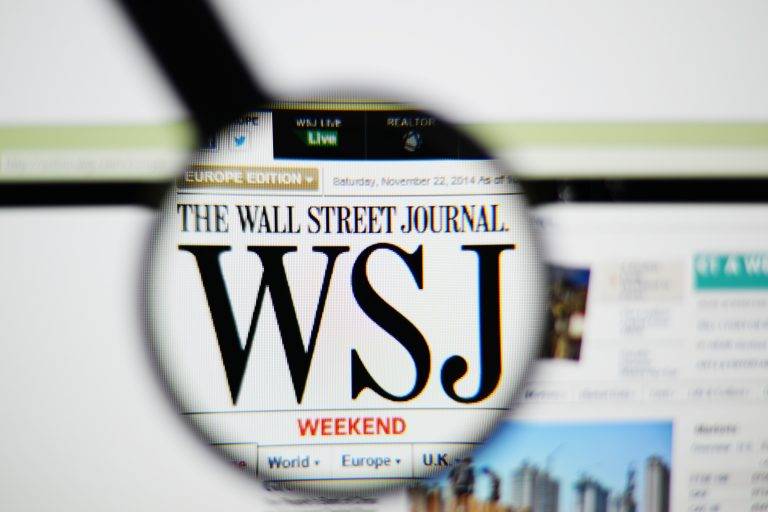 “Countries are rallying and flourishing thanks to the belief that their institutions can anticipate disasters, curb their effects and restore stability. When the COVID-19 pandemic ends, institutions in many countries will be perceived as failed.
Whether this judgment is objectively fair does not matter. The reality is that after the coronavirus the world will never be the same (...). "

A recognized master of political manipulation is simply obliged to be a master of the pen. Notice how Dr. Kissinger's short paragraph harmoniously combines elements of anxiety (if not panic) and a well-founded belief that it will all be over soon.

“The attack on human health, hopefully, will turn out to be only temporary, but the political and economic upheavals caused by it can last for several generations. No country, not even the United States, can defeat the virus solely through national efforts.
The solution of the tasks necessary at the moment should ultimately be combined with a global joint vision and program. If we fail to work out both in tandem, we will face the worst option for each item. ”

Someone may get the impression that the political heavyweight wise by experience seems to give a signal: gentlemen, it's time to end, as if it were worse! But they may not obey. And to the old globalist, globalist, even from the time when they hardly talked about globalism, I’m eager to throw firewood into the already burning fire of global panic:

“The coronavirus hit with unprecedented proportions and ferocity. Its spread is exponential: the number of cases in the US doubles every five days. At the time of this writing, there is no cure. There are not enough medical supplies to cope with the growing waves of cases. Intensive care units operate at and beyond congestion limits. Testing is inadequate to the task of determining the degree of infection, and even more so to the task of reversing the spread. An effective vaccine may appear in 12 -18 months. ”
It would seem, why does Kissinger have to repeat these platitudes with which his younger successors in high posts continuously appeal to the nations? Yes, because the credit of trust in new politicians, which now, in the wake of tough anti-virus measures, seems to be growing, can be exhausted literally overnight.

However, Henry Kissinger, perhaps the best master of political intrigue in recent decades, criticizing the new generation of Western leaders, is actually ready to give them carte blanche. Carte blanche for everything, down to measures that in no way combine with the traditions of European democracy and the notorious tolerance.

The oldest, but still active politician does not hide his belief that the decisive test for the powers that be

"It will be whether it will be possible to stop the spread of the virus and then reverse it in such a way and on such a scale as to maintain public confidence in the ability of Americans to control themselves."
Kissinger’s concerns are understandable: power structures in many countries, including the United States, may not pass such a test at all. In fact, the obsessive “testing” of a legally elected government somewhere farther from the United States is an exclusively American “trick”. With this "chip" and the "Arab Spring" was once started, and color revolutions.

In Syria, it doesn’t work, it didn’t work with Venezuela either. So, maybe the time has come for the whole world order? The author, excuse me for being indiscreet, this is what I am ready to read between the lines of the message of Henry Kissinger. And by the way, to the very power structures, which are indisputably democratic and legal, because we also need to look into the future.

Again we quote the almost biblical message from the former Secretary of State:

“Crisis efforts, no matter how large-scale and necessary they may be, should not displace the urgent task of launching a parallel enterprise for the transition to the post-coronavirus order.”


It is not easy to understand what kind of “parallel enterprise” Kissinger means, all the more so, in his opinion, the United States needs to make efforts in three directions at once:

“... first," strengthen global resistance to infectious diseases (...).
Secondly, strive to heal the wounds of the global economy. (...) The contraction caused by coronavirus, in its speed and global scale, is unlike anything that has ever happened in stories. And the necessary public health measures, such as social distance and closure of schools and enterprises, exacerbate economic pain. Programs should also focus on mitigating the impending chaos for the world's most vulnerable.
Third, protect the principles of the liberal world order. (...) The democracies of the world must protect and maintain their Enlightenment values. A global deviation from the balance of power with legitimacy will lead to the collapse of the social contract both domestically and internationally.
Yet this millennium-old question of legitimacy and power cannot be resolved simultaneously with efforts to overcome the plague of COVID-19. Restraint is needed from all sides - both in domestic politics and in international diplomacy. Priorities should be set.
(...) Now we live in an epoch-making period. The historic challenge for leaders is to deal with the crisis while building the future. Failure to do so could set the world on fire. ”

Regarding the message of Dr. Kissinger, I recall Bulgakov’s Khludov, who told the prominent Krapilin: “You started well, soldier! Badly finished. " The crisis is unlikely to be so viral, rather, the informational one, it seems, was not at all conceived for the “leaders” so valued by Kissinger to “cope” with it without any problems. They managed it so easily and simply, following the uncomplicated recipes of the former Secretary of State.

The third direction for the main blow, chosen by Dr. Kissinger, touches the most. The American political guru absolutely biblically cried out: "Do not touch me, I will fall apart!"

And this is about the existing democratic order. However, the veteran, by the way, from the "risk group", is excusable: for many decades of his life he put it precisely on the creation of the current world order.

What happened in the end - it doesn’t matter, note that Kissinger likewise considered the fact that after the pandemic “the institutions of many countries” would be perceived as “failed”. Or maybe it just seems that so far they are not perceived as such?

For some reason, Henry Kissinger, whom one cannot but respect for consistency and perseverance, is absolutely convinced that in a crisis it is not the time to solve the problem of legitimacy and power. And many, on the contrary, are convinced that now is the time.

Moreover, the supposedly legitimate institutions have not yet had time to use really repressive measures against those who expressed doubts about their legitimacy. And he expressed just about the draconian measures already taken because of the pandemic in relation to the vast majority of humanity. 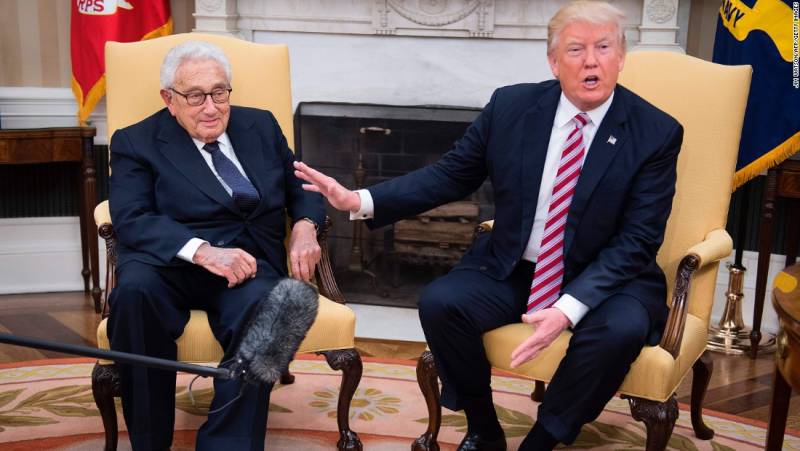 We are in Yandex Zen
Project "ZZ". Seventy percent of the inflatable doll
Kissinger's Vision
67 comments
Information
Dear reader, to leave comments on the publication, you must to register.