In the US, Chinese satellites called a threat to national interests 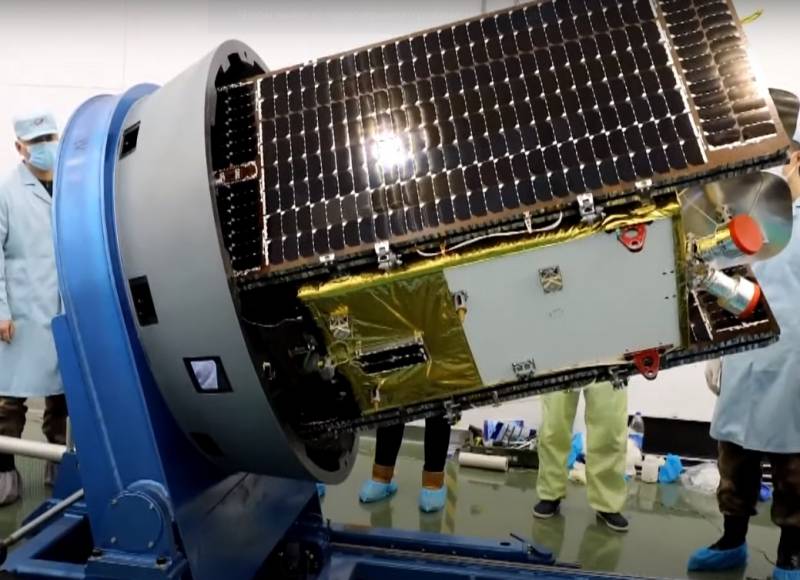 China's activity in creating and launching commercial satellites into space can pose a serious threat to the economic interests of the United States. This is the conclusion of the quarterly publication of the National University of Defense.


In the United States they can’t understand that the world is changing sooner or later, but the American state will have to give up the role of hegemon, superior to other countries in both military and economic power. Actually, today China is competing with the United States in many areas and satellite communications is just one of them.

So, in mid-January 2020, China launched the Yinhe-5 1G communications satellite into orbit. The Kuaizhou-1A launch vehicle was launched from the mobile platform of the Jiuquan Satellite Launch Center in northwestern China. On board was the 1 kg Yinhe-227 satellite, which is owned by telecommunications company GalaxySpace from Beijing. The satellite must conduct communications testing. Shortly after launch, it was spotted by the U.S. military, who have recently carefully monitored any space activity in China.

What are the main dangers that Americans see in the spread of Chinese commercial satellites? Firstly, they are concerned about the possibility of cheap access to the use of space for their own purposes. Such access can be obtained by states hostile to the United States and non-governmental organizations.

Secondly, the appearance of the “space Internet”, according to experts at the National University of Defense, can change the space of cyber battles. Although the majority of commercial satellite communications programs are still being implemented in the USA, both China and Russia are also actively working in this direction. American experts believe that Chinese and Russian satellites can not only be used in the interests of not only these two US opposing states, but also other countries, which is the most dangerous. Obviously, most of all in Washington they fear that the latest achievements will be used by such states as Iran or North Korea.

Now China is actively working to increase the number of commercial satellites. Formally, communication and surveillance services are provided by Chinese private companies operating in Africa, Central Asia, and Latin America. But American experts note that, given the specifics of the PRC political system, such commercial projects are in any case controlled by the Chinese state and can be used for its purposes.

Given China’s willingness to allow commercial relations with countries hostile to the United States, these systems can pose a serious threat to US interests.
- write Matthew Halllex and Travis Cottom - researchers at the Institute for Defense Analysis.

At the same time, experts note that in the purely American Earth surveying market, such clients as the National Oceanic and Atmospheric Administration, the US Armed Forces, and the US intelligence community so far dominate. Power structures are the largest and most stable customers of commercial satellite imagery.

However, operators, guided by their commercial interests, seek to further expand their customer base, including cooperation with companies working in such areas as industrial monitoring, agriculture, utilities and communications, shipping analytics, insurance, etc.

A separate issue is the providers of Internet connection services. In such harsh regions of the world as Alaska, Canada, Scandinavia, Siberia, cable laying can be avoided and their population will seriously gain by gaining access to the Internet, which ordinary communication satellites cannot provide them with.

We are in Yandex Zen
Launch of "Vega" from the South American cosmodrome "Kuru" puzzled Russian experts
Another satellite crashed without reaching the specified orbit
25 comments
Information
Dear reader, to leave comments on the publication, you must to register.