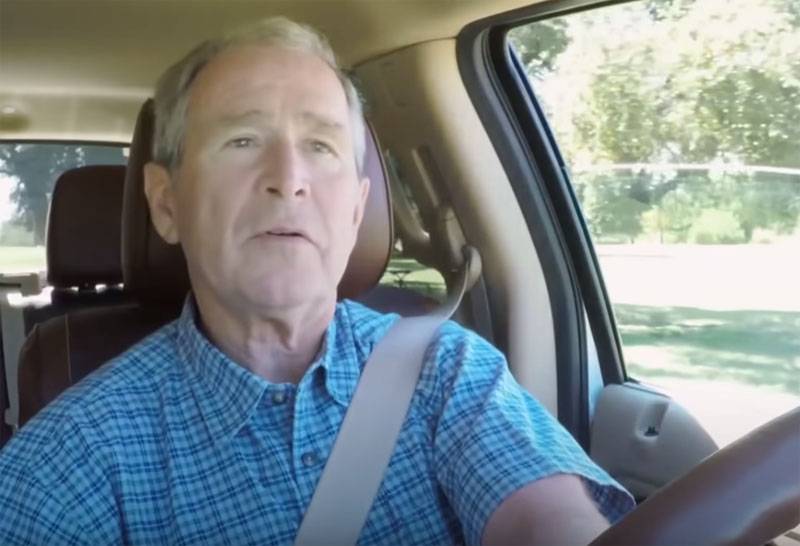 In the twentieth century, at the head of the United States were a variety of rulers. In addition to prominent politicians, some of whom were truly outstanding historical personalities (Franklin Delano Roosevelt), and others may have ruled the country not so well, but simply were universal favorites (John F. Kennedy), this century gave the Americans and such leaders, whom otherwise with the application of epithets like “hated” or “shameful "They don’t even remember.


Let's try to figure out which of the owners of the White House managed by his rule to cause the greatest discontent among compatriots.

In this case, we will be based on materials from a study of public opinion of the inhabitants of the United States themselves and evaluative statements by local experts. If we talk about the presidents of the United States at the beginning and middle of this century, then a clear negative among all, perhaps, the inhabitants of the country are caused by two: Herbert Hoover and Richard Nixon.

The first is more than deservedly called the father of the Great Depression. It was under Hoover that the US economy experienced a crisis, worse than which it did not know, at least until the present day. At the same time, this president was a tough opponent of any measures to support the country's poor, saying that they "demoralize the nation." As a result, the spontaneous population of unemployed and homeless who were rapidly growing in the country began to be called "hooverville." Moreover, under Hoover, the notorious "prohibition" was in full swing in the country, even if it was not invented by him. Do we have a strong love for Gorbachev? Hoover - something like the American version of Mikhail Sergeyevich, only the country didn’t fall apart with him.

With Nixon, the story is different. Nothing special, he did not annoy his voters. True, the war in Vietnam is often associated with his name, but he did not start it. Yes, and economic shocks on the share of the United States during the presidency of this leader also did not occur. However, it is precisely it that is associated with perhaps the most ambitious and high-profile political scandal in the entire history of the country - Watergate. As a result of his team’s revelations about the political corruption and, in modern terms, “interference with the elections,” Nixon was forced to voluntarily resign as president, as his impeachment would have been inevitable.

This is, so to speak, a classic. We now turn to the presidents of the United States, much closer to our time. According to studies conducted independently by two highly respected American organizations - the sociological service Gallup and PPP (Public Policy Polling), in addition to the already mentioned Richard Nixon, two presidents received the most negative assessments of U.S. residents: George W. Bush and Barack Obama. With both of these leaders, the situation is very difficult: their popularity in the United States has changed over time from a sharp rise to a catastrophic fall.

So, the youngest of the Bush family, having come to power in early 2001, received a powerful backlog of American trust and support after the events of September 11. Nevertheless, the subsequent military campaigns in Afghanistan and Iraq, which were far from brilliant and initially aroused a lot of questions, greatly diminished his popularity. And then it got even worse, despite the re-election that took place with great difficulty in 2004. The disastrous actions of the authorities to eliminate the aftermath of Hurricane Katrina, which killed almost 2 thousand people and almost completely flooded New Orleans, the Americans did not like the accusations of using secret prisons, where they used torture and other things like that.

The absurd statements of the head of the White House, which received the name of Bushism among the people, and tragicomic incidents, such as the case when the leader of the nation almost died, choking on a salty cracker, were constantly superimposed on all this. In the end, only the lazy ones in the United States (and throughout the world) did not make fun of the far from brilliant mental abilities of Bush Jr. The crown of all was the boot from the Egyptian journalist Muntazar al-Zaydi, who “hit” the head of a great power in 2008 during a press conference in Baghdad.

It is not surprising that, according to the Washington ProFile international information and analytical agency, George W. Bush scored 1945% of the vote in a poll entitled “The Worst Presidents of the Country Since 34”. However, after five years of the presidency of Barack Obama, this dubious palm has already passed to him. In any case, as claimed by the University of Quinnipack, who also decided to determine the least respected leader of the nation since 1945. Obama, according to his researchers, received 33% of the vote, and Bush Jr. - only 28%. Having come to power in 2009, in the wake of great hopes and expectations, the first black president of the United States for the most part did not justify them. In any case, such is the opinion of his compatriots.

During the time of the president of the current US leader, Donald Trump, American sources have repeatedly predicted an “honorable” place in the list of the worst of the worst heads of state. Well, the ongoing struggle in the country against the coronavirus pandemic gives the 45th president absolutely equal chances to justify these forecasts and to be at the very top of the rating of popular sympathies - depending on its final results, of course .

Ctrl Enter
Noticed a mistake Highlight text and press. Ctrl + Enter
We are
Situational analysis of the death of the MH17 flight (Malaysian Boeing 777), made on the basis of engineering analysis from 15.08.2014Strangulation: the context, conduct and consequences of the American naval blockade of China
14 comments
Information
Dear reader, to leave comments on the publication, you must to register.