It's time to change the operating system of the country 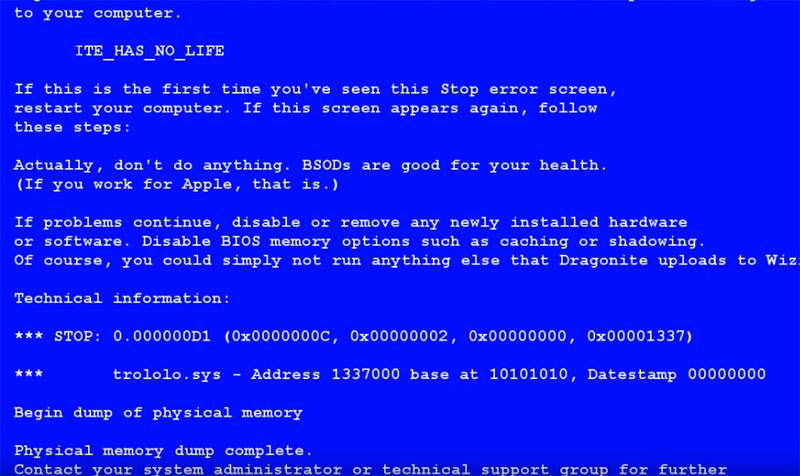 Something strange is happening in the world. Humanity ceases to believe. The pandemic has become a litmus test, which shows precisely this attitude of the majority towards specialists, towards analysts, towards governments. Ordinary people, repeatedly deceived and "used", began to be skeptical of everything that is said, written or inspired by the TV.


Today, part of the world's population does not believe in the forecasts of experts more than the predictions of various seers, oracles, shamans, psychics and other people from this world. Moreover, any forecast is perceived exactly the opposite. They started talking about stabilization of the economy - wait for some trick in this very economy. They started talking about some kind of negotiations between the military - wait for increased fire and new victims.

Many specialists have appeared in some field - wait for trouble

Remember the wild capitalism of the 90s? When literally every day companies appeared and disappeared, when could money be lost or earned literally on the same day? “MMM”, “Chara”, numerous funds and more ... But I will remind you of another sign of that time.

Almost on every post in any city in Russia there were announcements about courses, express training, about “schools”, where in two or three months you were offered to get a new and necessary specialty of an accountant or even an economist. How easy it was then! Paid the money, and that’s it, you're a graduate! Moreover, such "specialists" were happy to hire the "new Russians."

And it was completely unimportant that the company was quickly disappearing. Even the fact that law enforcement officers took accountants as the causal place. The only important thing was that the risk was well paid. How many destinies were broken then ...

Or another example. Soviet история. Remember the "millions of executed and repressed" by Stalin? Remember when the word “human rights activist” became abusive in our country? And the beautiful name “Memorial” was blamed so that even today few people use it. And the newly made candidates and doctors of science, even academicians, spoke about this!

They were echoed by writers, artists, directors, and journalists. Remember the movies of that period? All these "Penalties", "Bastards" and the like? Remember the many “facts from the KGB archives”? And they spoke so convincingly that people began to doubt even the history of their own family. And anyone who was convicted in that period automatically became “political,” a victim of Stalinist terror.

For those readers who were born in those days or later, it sounds wild today. How wildly the parents' memories of treating the country with a wave of their hands through TVs by Chumak or Kashpirovsky sound wild! When in almost every family, when these magicians spoke, there was a can of water in front of the screen and some creams and so on. And this, as is now clearly visible, is among fairly well-educated people.

Why we do not want to learn from our own mistakes

Years passed. Many of the "cured" Chumak and Kashpirovsky forgot themselves in those years. “Yes, it was. All my neighbors charged creams. Oh, and then I laughed at them! .. ”Those who enjoyed watching the talentedly filmed“ masterpieces of world cinema ”turned into ardent critics of these films. "Accountants" and "economists" work in completely different positions. Life has put everything in its place.

But take a look at what's happening today. Do not you think that we again blindly believe in what they say from TV screens, computer monitors, stands at rallies, on benches in parks and squares?

And it turns out some kind of nonsense. A group of specialists versus a group of specialists. And all this on the head of a simple layman. Okay, the older generation, beaten by life, having a certain experience, having its own opinion and hard enough to change their own views. And how to be young? For those for whom these scientists and specialists are truly credible?

Those who are in opposition today or, conversely, support the government, rely on authoritative opinion in their disputes. Scientists have become modern "Chumaks." Their idea, which is being discussed in a narrow circle of like-minded people, is becoming a dogma. At least for a part of society.

By the way, officials, no matter how paradoxical this may sound, support society in such a “spoiled" state. How many times have we heard from fairly high-ranking officials and authoritative politicians about the liberal economic bloc in the government? A sort of complaint about life from people who are followed by tens and hundreds of thousands. We would do it, but they are bothering us ... Some of our politicians have been "bothering" for almost three decades.

Need to change the "operating system" of society

The fact that a universal talking room is harmful is at least clear to me. There is an old saying that answers the question of democracy and authoritarianism in government. Horses do not change at the crossing! Otherwise, it is simply impossible. You can’t pull the cart on one bridge, then one or the other. In this case, the bridge will be infinite.

We must stop listening to everyone at once. Yes, it is necessary to listen to the proposals of all. Yes, if in any sentence there is at least a piece of common sense, you need to discuss it. But after discussion it is necessary to make a decision. And bear collective responsibility for this.

We are well settled. “We” are the majority of Russians. How many times have I heard from people who were outraged by any decision of the government or the president: they say that I don’t go to the polls, nothing will change anyway! The popular version of the bureaucratic “is hindered by liberals (communists, anarchists, astronauts, Papuans and all around). I did not vote for him, which means that I don’t need to ask me.

One smart person recently gave me an interesting thought for thought. Simple and quite voluminous. “Tell me why, as soon as many economists appear in the country, is there an economic crisis?” Really, why?

I seem to have found the answer. It's all about horses! Too fond of harnessing these poor animals to the cart. And from different sides. It looks, of course, grandiose. A lot of people, a lot of horses, everyone is busy with work. Yes, not just busy. They work enthusiastically, with a twinkle. And for some reason the cart stands still. And if you get to any coast, then this day is a national holiday.

But all you need to do is start a business after a decision is made. And do not have ten coachmen on one cart. One is enough. But the one who will know which coast he needs to cross. And for everyone else, just stop wagging your tongue to tell everyone how you personally were “in favor” in the event of victory or “against” in the event of failure. And for your age, "carts" and "bridges" are enough.

We are in Yandex Zen
About Stalin and Khrushchev
What you didn't want to know about England
456 comments
Information
Dear reader, to leave comments on the publication, you must to register.