The assault on the aul of Akhulgo: how the Russians in the Caucasus captured an impregnable stronghold 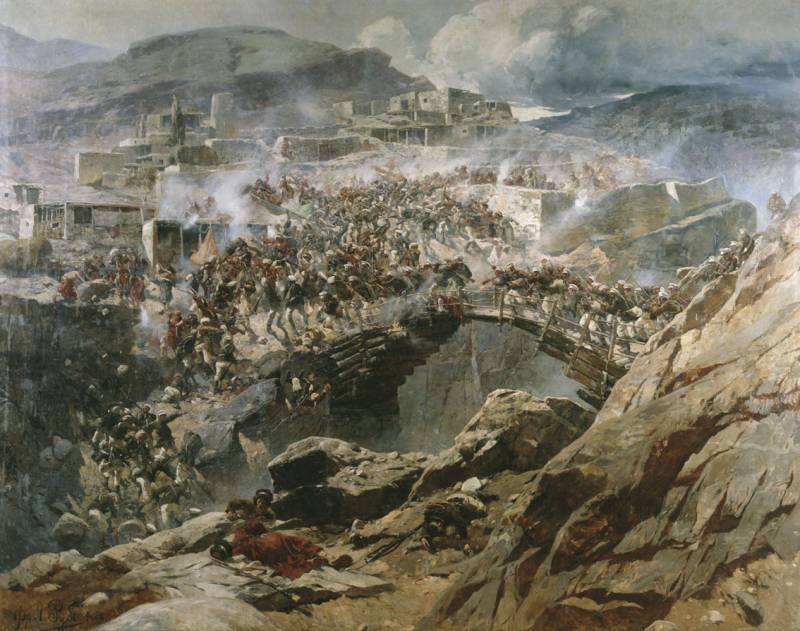 Towards the end of the 1830s, Russia systematically tried to put the Caucasus in order for more than one, two, or three decades. The main problem was not the fighting qualities of the many tribes living in the raids inhabiting the region, but their fragmentation. The hydra could not be defeated by defeating the next leader who had gained strength - after all, such a fall, his influence automatically opened the way for dozens of other applicants. And the riots with robberies continued again and again.

The Caucasians did not rise at all against the hated Russians - for the locals, divided into clans, tribes and auls, the troops of the empire were only one of the factors. They often hated each other even more and sought to rob at every opportunity. 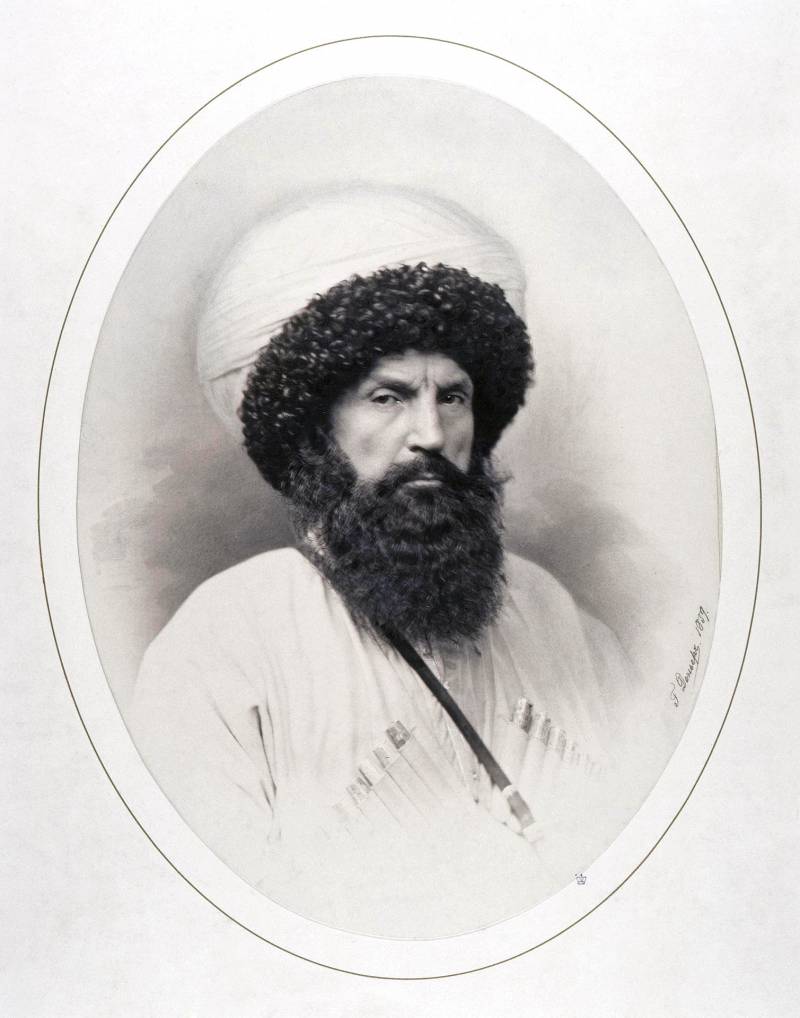 Imam Shamil
On the other hand, in this long-term association lay the prerequisites for the future reconciliation of the region. After all, as soon as the highlanders become something at least relatively uniform, they can be smashed and reassured, and not chased after each individual bandit. From this point of view, gazavat was not so bad for Russia.

True, for a start, the rising wave needed to be reassured somehow. The task ahead was extremely serious - starting in the early 1830s, by 1839 the rebellion flared up to an extraordinary scale. By this moment, the imam of the rebels was Shamil - a decisive, intelligent and charismatic person.

Shamil knew when it was worthwhile to arrange a fierce punitive raid against the auls cooperating with Russian (especially the Chechens got it), when to publicly fool themselves with a whip in religious ecstasy, and when to retreat. Of course, only temporarily, in order to later return to the question already armed and ready.

An example of one of these retreats is the summer of 1837, when Shamil, put in a difficult position by General Fez, agreed to sign a peace with the Russians. Of course, only in order to violate him at the first opportunity - the main thing is that now they will leave him, Shamil, alone. 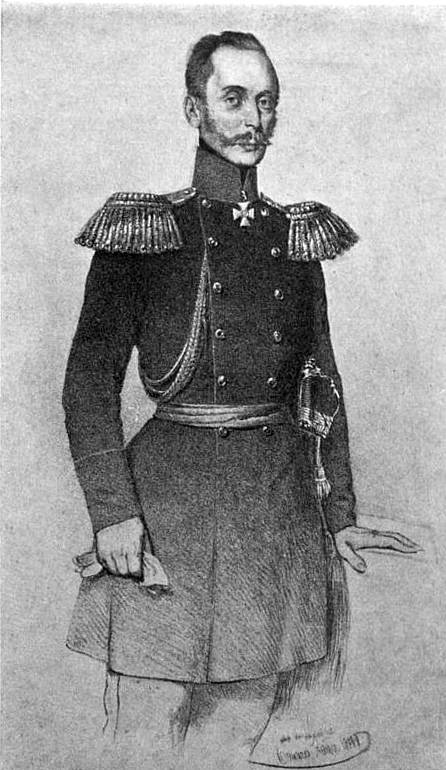 General Grabbe
The world, of course, was soon broken, and the war in the Caucasus continued. In 1838, Shamil felt rather well and expanded his territory, but at the beginning of next year the Russians decided to end him. The imam was waiting for a meeting with the 10th army of General Grabbe, as well as police from the loyal empire of the Highlanders.

Shamil was not a pure partisan, in any case dissolving in forests or ravines. He strove to create a state of highlanders - he tried to centralize a lot, introduced uniforms in his troops, distributed medals, and acquired some kind of artillery.

Therefore, the question of where to look for the imam did not arise - in the aul of Akhulgo, which he had carefully strengthened for the past few years. Until the summer of 1839, Grabbe was engaged in providing communications, and then moved straight to Akhulgo, at the same time crushing all the villages that were on Shamil's allies along the way.

Ahulgo could “please” the storming men with three, in addition to the fanatically defending people of Shamil, with kinds of troubles. Firstly, it is stone hacks with thick walls, which were very difficult to break even with artillery. Secondly, numerous well-dug trenches in advance. And thirdly, just nightmarish elevations. Many positions were reliably separated from each other by gorges. And they were always located above the storming. 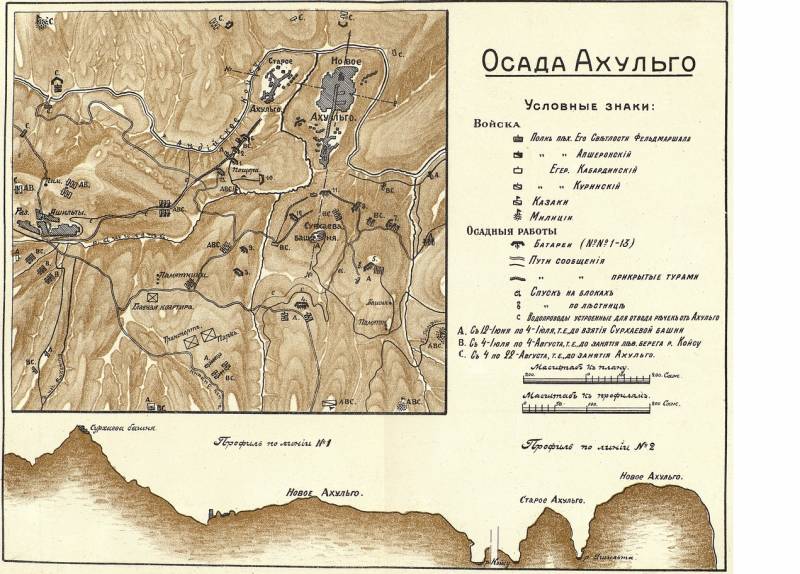 Altitudes at Achulgo
The Russians could oppose such a complex goal of numerical superiority, artillery, engineering skills (for example, cutting down a gallery on a mountainside), organization, and, of course, their military qualities.

The Russians approached Ahulgo on June 11, 1839. The people of Shamil tried to slow down Grabbe by destroying one of the bridges on the way to the aul, but its restoration was not a very difficult task for the engineers. The next day they set about arranging artillery positions - Grabbe had 18 guns, and he intended to actively use them.

The first target of the attacks was the Surkhaev Tower - a structure at the height dominating over Akhulgo, which was firmly defended by the best highlanders of Shamil. The tower looked formidable enough to abandon the idea of ​​taking it off guard. Therefore, the assault that began on June 29 was carried out according to all the rules, but ... ended in failure.

The second started on July 4. It was a long day full of attacks and retreats, but in the end a combination of artillery fire and infantry attacks with the active use of bayonets and grenades still yielded results - the tower fell.

Against stone and bullets

Now it was time to tackle Ahulgo. The first assault started on July 16, but ended in failure - irretrievable losses amounted to 160 killed, and the number of wounded exceeded 600 people.

But the highlanders themselves were no better - they were constantly fired by artillery, suffering from truncated rations and diseases that arose from the combination of “heat + corpses”, and they started negotiations.

True, Shamil used this pause to draw time and rebuild the destroyed fortifications. But there was “bash on bash” - all this time the garrison burdened by families continued to eat up supplies.

On August 17, the Russians went on the next assault and achieved considerable success. They occupied the forward fortification in New Akhulgo - part of the village, separated from Old Akhulgo by a deep gorge. 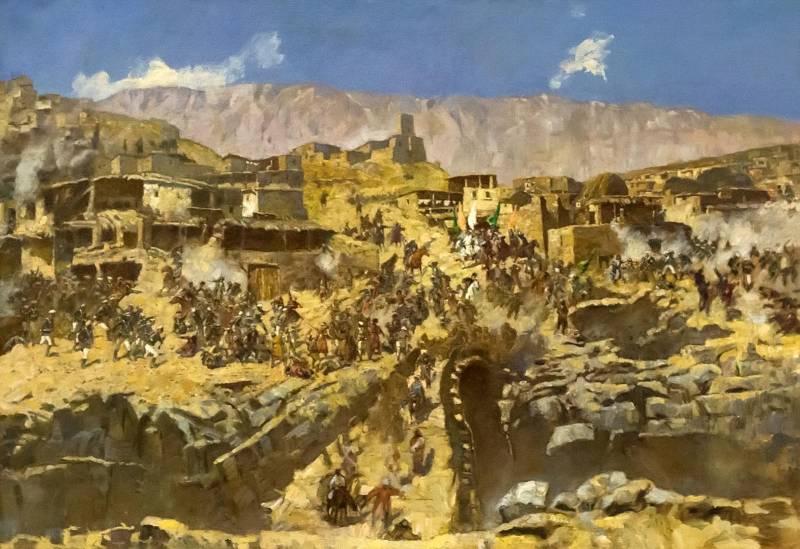 The assault of Akhulgo in the picture of N. Solomin
This was followed by new negotiations, as a result of which Shamil almost agreed to all the terms of Grabbe and even gave him his oldest son hostage. But, apparently, realizing that the Russians didn’t cut their 9-year-old children’s heads, he again tore off negotiations and continued resistance. As events show, a new plan was born in the head of the imam.

On August 21, the Russian attacks resumed. It was possible to achieve local success, but the most interesting was revealed the next morning. Having exhausted the possibilities of defending New Akhulgo, the people of Shamil began evacuation to the Old - through the gorge. But they did not have time to finish it before dawn. And thus they presented a gorgeous gift to the Russians.

Quickly dragging a few guns where necessary, the Russians began to fire on the retreating and Old Akhulgo itself. The enemy did not succeed in organizing a coherent defense in a new place, and the subsequent infantry attack was a complete success. The further one was a cleaning of the isolated centers of resistance. It was all over two days later.

The mountaineers, embraced by religious fanaticism, realizing that the case was lost, began to torment themselves. Frightened by fables about evil Russians, women killed their children and themselves jumped on a bayonet or in the abyss. Trying to spare them was simply dangerous - as the soldiers relaxed, the seemingly innocent women snatched daggers.

Therefore, out of the four thousandth population of Akhulgo, only 900 women, children and the elderly were captured. Almost all the men were killed - it is estimated that their number was about a thousand people. The remaining corpses fell to the share of those "civilians" who actively sought death and succeeded in that.

But who was not worth looking for was Shamil and his inner circle. He fled through the mountains well known to him, as soon as the defense of Old Ahulgo collapsed, which did not have time to organize. Grabbe, however, did not regret very much: it seemed that the main stronghold of the enemy was taken, and now Shamil would still have nowhere to go.

It was a big mistake: the war under the leadership of the famous imam was to drag on for almost another twenty years.