Boots versus boots - the centuries-old evolution of military shoes 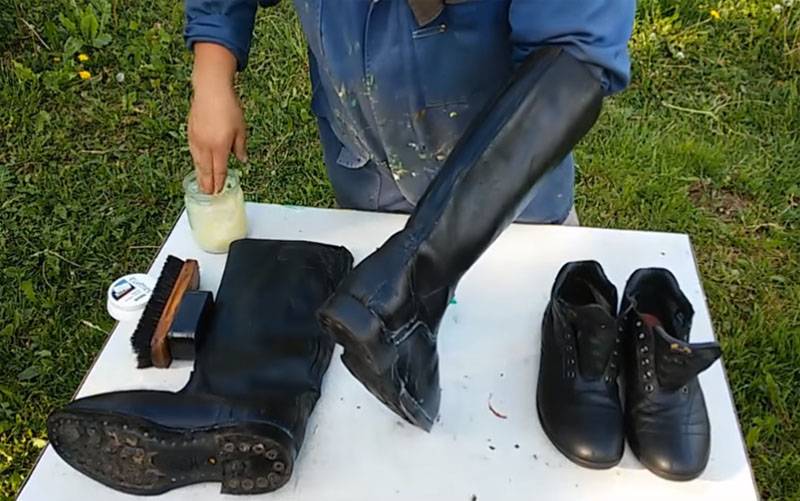 Nobody will argue about the critical importance for each soldier in high-quality, durable and comfortable shoes. With pounded, soaked, and even more so, dislocated limbs, you won’t get much. Without going into the gray depths of time, let us try to trace how this most important part of army equipment has changed over the past and present centuries.


By the beginning of the twentieth century, some armies of the world came up in the most reliable and solid shoes at that time - leather boots. Someone is inclined to assert that the matter is in the “fashion”, which was asked by the cavalry represented in the troops to a rather large extent, but this is unlikely. The soldier’s tibia, like the foot, needs to be protected, especially in the process of moving over rough terrain with tall grass and shrubs, crossing rivers and crawling. The proof of this assertion is that even in those armies whose soldiers were not wearing boots, but boots, they also included windings that were absolutely necessary to wear.

Some experts consider them to be “pioneers” in wearing the windings of the fighters of the British East India Company, who “spied” wide strips of fabric that protect the lower leg of the inhabitants of the Himalayas. Domestic patriots object that Russian peasants wore such things from time immemorial and called onuchi ... One way or another, but many soldiers of both the European armed forces and the Russian army wore short boots with windings during the First World War. The Japanese, however, fought in this form right up to 1945.

I must say that the only thing in which such a style of shoes won over boots was the cheap rag “bootlegs”, which was incomparable with the price of leather shoes (and there simply wasn’t another one then). The rest of the windings were a useless thing - they practically didn’t protect them from mechanical damage or ice water, they quickly became dirty and became hotbeds of fungal and other infections, and besides, they stretched to the limit by the end of the day turning soldiers' legs into numbed “decks” . So, boots or boots?

The problem with the boots was different - it was impossible to put trashy skin on them, as a rule (at least in Russia) for army shoes they used the skin of spring, young cows and gobies, which possessed the necessary qualities. In peacetime, this was still doable, but when World War I broke out, and a year later, entire units of our army flaunted their bast shoes. Well, it wasn’t barefoot to go into battle ... Obviously, precisely because of this, the most radical and practical problem of making mass, reliable and practical soldier’s shoes was solved in our country. Speech, of course, about the legendary "cake".

Actually, they invented it in Russia twice - for the first time the prototype of this material was created by Major General Mikhail Pomortsev, and even before the Russo-Japanese War. However, the innovation “didn’t go,” they say that it was largely due to the machinations of leather boot manufacturers. The second "birth" of tarpaulin happened already in the USSR in the 30s of the twentieth century. The first samples were unsuccessful and during the “Winter War” with Finland at extremely low temperatures proved to be bad - they were torn and burst. However, after the completion of the accelerated pace of development, the Red Army nevertheless received the very legendary shoes in which it survived the entire Great Patriotic War and reached Berlin. And even more than one generation of soldiers of the Soviet army served in the same “kirzachs”.

New page in stories military shoes opened by the Americans. They again brought army boots back to life, while, however, significantly improving their quality due to the high boot-tibia, firmly fixing and protecting the ankle. The first such model was the shoes of the sample M-1943. However, the true masterpiece was created by the shoe makers of Corcoran Stoughton, who developed the first ever special airborne footwear. Boots Corcoran Field II, released in 1942 to this day are in great demand despite the fact that their design has not changed an iota for almost 80 years. Exceptional lightness, durability and reliability.

In the future, the army boot underwent changes, for the most part, in the field of, so to speak, specialization. Today, there are shoes designed specifically to be worn both in a temperate climate and in the desert or mountains. Since the invention of the special “tractor” sole during the Korean War, special Jungle boots have been produced, as the name implies, ideally suited for wearing in the jungle. With the advent of new synthetic materials for soles and fabrics, such as, for example, cordura, an increasing number of army shoes are made from their combinations, which provide it with even greater reliability and functionality. A modern soldier’s boot is, in fact, a real work of art, modeled and created using the most advanced technologies. However, the requirements for him remained the same as a century ago - a soldier shrouded in him should move to victory through fire and water, never tripping and not losing step.

Ctrl Enter
Noticed a mistake Highlight text and press. Ctrl + Enter
We are
The tragedy of the American army ("The Atlantic", USA)Situational analysis of the death of the MH17 flight (Malaysian Boeing 777), made on the basis of engineering analysis from 15.08.2014
117 comments
Information
Dear reader, to leave comments on the publication, you must to register.