How coronavirus exposed the helplessness of modern world medicine 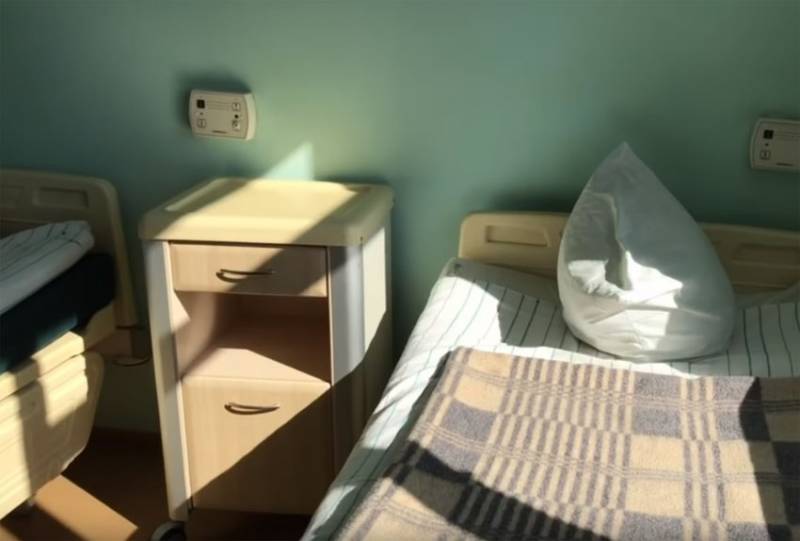 On Thursday, the head of the All-Russian Center for the Study of Public Opinion (VTsIOM) Valery Fedorov at a meeting of the Center’s scientific council, organized in an online format in TASS, announced that the number of Russians “panicking” due to the situation with coronavirus dropped sharply - from a third to a quarter .

People are not to blame

VTsIOM conducted its research twice - on March 16 and 24–25. Sociologists note: the first fear, when the population bought up products and consumer goods, has already passed. Panic became less, but the percentage of anxious people remained high.

And the head of the All-Russian Public Opinion Research Center, in the study of which noted that the number of panics "has sharply decreased," further states:

It can be stated that the proportion of those who are alarmed, who believe that now we are in a crisis or beyond, it will only increase, about 71–73%, that is, almost three quarters of our fellow citizens.

The center did not really explain any of the oddities in the figures of "panicking" and "excited", as well as the cause of the panic and excitement of people. Let's try to figure it out for ourselves. To begin with, the tension in society arose on the lack of information about the outbreak of the coronavirus pandemic.

Somewhere our academics from medicine have disappeared from public space. While on all channels - most often the "stars", which themselves circled the whole world, and now they suddenly decided to urge everyone to stay at home. It’s interesting to whom they first turn to: retirees from the hinterland, who even in normal times sometimes do not go further than the store, or still to themselves? ..

So where are those representatives of medical science who could explain to people the essence of what is happening not with the thesis "it is said to sit at home - so sit", but from the point of view of medicine, body properties, immunity issues, etc.

Probably, the domestic luminaries of this science decided not to shine in order to save themselves from reputation losses in the event of an incorrect assessment of the development of a pandemic. That is why the resulting vacuum was filled by all those who, even without a pandemic, do not leave the screens. Some argue that masks should be worn, others claim that masks from the coronavirus will not be saved anyway, still others require washing their hands for at least 20 minutes, while others call it complete nonsense.

All this information mess was unpleasantly diluted with specific facts from the professional activities of physicians. The first in this series was the chief infectious disease specialist of the Stavropol Territory. She managed to bring the "coronavirus" into the region "on herself", and even infect a dozen people.

The learned lady was accused of negligence. In fact, the conflict should be explained either by the low professional level of the Stavropol professor from medicine, or by a complete neglect of health in general. Obviously, over the years of her scientific activity, rich specialized knowledge has not become the norm in everyday habits and skills. As they say, the theory diverged from the practice of life.

Similar история happened to the famous Syktyvkar surgeon. A physician who invades human flesh knows how to protect it from viruses and other infections. However, he could not do it himself. In a foreign tourist trip, the surgeon caught an infection. Then he infected relatives, colleagues and patients. As a result, more than 50 cases of coronavirus infection have already been detected in the district hospital where this person works.

The attention of the whole country was attracted by the story of the chief doctor of the Moscow City Clinical Hospital No. 40 in the village of Kommunarka. He met in his clinic the president of the country, the mayor of Moscow, and health care executives. In a clear and authoritative way, he said in a television camera how to protect ourselves from a dangerous infection.

People felt that there were professionals in the country who could defeat the infection. They have the knowledge, competence of specialists and professional confidence. Alas, the chief physician of Kommunarka did not become an example to us and very soon he caught the coronavirus. I wish a speedy recovery ...

From the practice of the Middle Ages

All these examples are given here not to condemn scandalous professionals, but to understand the fact that medicine of the 21st century is also powerless against dangerous infections, as it was, for example, in the Middle Ages.

Then, as can be seen from historical sources, they knew about the viral epidemic that it is not infinite, it has time boundaries. And two simple things can protect against infection - personal hygiene and isolation of healthy people from sick people.

Centuries passed, but these two rules remained relevant to this day. Whoever neglected them, fell ill, or even died. A similar picture can be observed not only among patients at infectious diseases hospitals, but also among physicians affected by coronavirus in all regions of the world, without exception, where a dangerous pandemic has entered.

Why did it happen? It can be explained by the fact that modern medicine is aimed not at ridding people of ailments, but at their permanent treatment. So it is beneficial to pharmaceutical companies and related medical institutions.

Viral infections are fleeting and poorly predicted. The business from medicine does not see much point in wasting money on them, studying. Even the flu, which coughs up hundreds of thousands of people every year, the World Health Organization last year drew systemic attention and developed a long-term strategy to combat this disease.

So it turns out that the authorities, not having clear modern recommendations from doctors on how to overcome the pandemic of the virus, are forced to use proven medieval rules: isolating the population and strengthening the hygiene regime. Sooner or later, the infection itself will "run out" under these conditions. Well, if you're lucky - someone will find a vaccine, if they will ...

So there is nothing surprising in the fact that President Vladimir Putin extended the forced weekend because of the coronavirus until the end of April. Apart from self-isolation of citizens in power and medicine, apparently, there is still no more effective tool to combat the pandemic.

We are in Yandex Zen
About Stalin and Khrushchev
What you didn't want to know about England
142 comments
Information
Dear reader, to leave comments on the publication, you must to register.