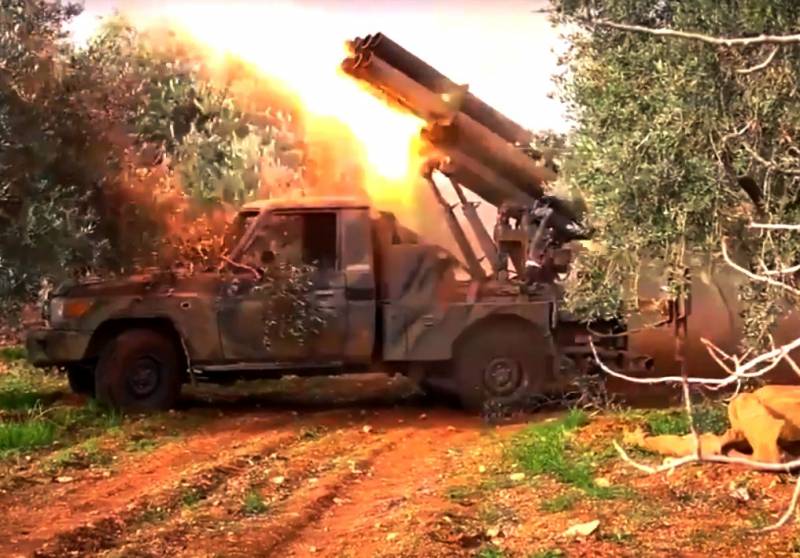 Despite the ceasefire, radical groups operating in northern Syria continue to violate it. Last day, a number of settlements were shelled, including the city of Serakib in Idlib.


The militants of the Jebhat al-Nusra and Islamic Party of Turkestan banned armed groups in Russia fired on the city of Serakib in Idlib province and the village of Kharab al-Sheikh in Latakia province. This was reported in the Russian Center for the Reconciliation of the warring parties in the SAR. The shelling was carried out from various types of weapons, including mobile multiple launch rocket launchers.

As you can see, the militants do not give up hope of recapturing the strategically important city of Serakib from the Syrian Arab army, regularly reminding themselves with such shelling. Government forces have to respond to the provocative actions of the militants with retaliatory fire, which is then used by Turkey as an argument against Damascus’s ceasefire agreements.

In the northern part of Hasek province, the positions of the Kurdish militia in the cities of Abu Rasin and Umm Harmal were subjected to shelling by pro-Turkish armed groups. According to local sources, as a result of the shelling, at least three civilians were injured, and property of the civilian population was damaged.

In the city of Afrin in the Aleppo province, militants of a pro-Turkish group opened fire on civilians while trying to evict the Yazidi family from their home. As a result of the criminal actions of the militants, a local resident was killed (according to other sources - seriously wounded).

In the province of Idlib, a local resident Rifat Dhaka was executed yesterday. The reprisal took place in the village of Dzhenudiye, where the militants of the banned in Russia structure “Khayyat Tahrir al-Sham” operate. The murdered man was charged with intelligence work for government troops. The militants found a mobile phone with him, on which he dictated audio messages with information about the locations of the militants. Messages were then sent by the military to government forces.

Other parts of Syria are also turbulent. Explosions occurred in the provinces of Dara and Deir ez-Zor. In the first case, an improvised explosive device fired at the headquarters of government forces fired. A soldier of the Syrian Arab army was killed, several soldiers were injured.

In the second case, a bomb exploded in the city of As-Susa. It is possible that this is the work of the militants of the Islamic State organization banned in Russia, operating in the southeastern part of the province of Deir ez-Zor.

Against the backdrop of ongoing clashes in various provinces of Syria, the country continues to tighten the regime of movement of citizens in connection with the epidemic of coronavirus. The Ministry of Internal Affairs of Syria asks to report on persons illegally entering the country. But against the background of the general situation in Syria, such statements look, to put it mildly, very strange.

Meanwhile, according to international organizations, the Syrian economy undermined by the war can very painfully endure restrictive measures. In particular, food problems can occur in at least 8 million people. Moreover, in fact, the government is able to relatively fully control both the sanitary-epidemiological situation and the social welfare of the population only in some regions of the country.