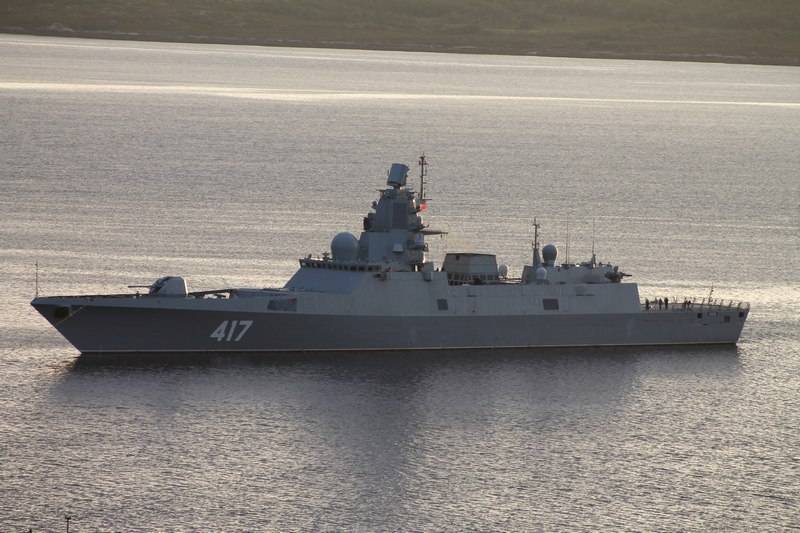 The lead frigate of project 22350 Admiral Gorshkov will undergo scheduled maintenance and "partial modernization." The ship left Severomorsk and began the transition to Severodvinsk. This was reported by the press service of the North fleet.


According to the press service, upon arrival in Severodvinsk, the frigate will take up scheduled maintenance, during which "partial modernization of systems and mechanisms" will be carried out. What exactly the modernization will consist of is not reported, nor are the timing of the modernization known. At the end of the work, the ship will go through tests at the Northern Fleet’s test sites in the White Sea.

"Admiral Gorshkov" is the lead frigate of project 22350. It is intended for combat operations in the far and near sea zones, as well as for participation in solving problems in the ocean zone. The ship's displacement is about 4500 tons, the longest is about 130 m, the largest is more than 16 m. Cruising range - more than 4000 miles, seaworthiness - without restrictions.

Built at the Severnaya Verf shipyard in St. Petersburg, became part of the Northern Fleet in July 2018.

Recall that in February this year it became known about the first launches from the frigate of the latest Zircon hypersonic missile.
Ctrl Enter
Noticed a mistake Highlight text and press. Ctrl + Enter
We are
Frigate "Admiral Gorshkov" arrived in the White Sea to test new weaponsList of CIA-funded Russian public organizations
17 comments
Information
Dear reader, to leave comments on the publication, you must to register.