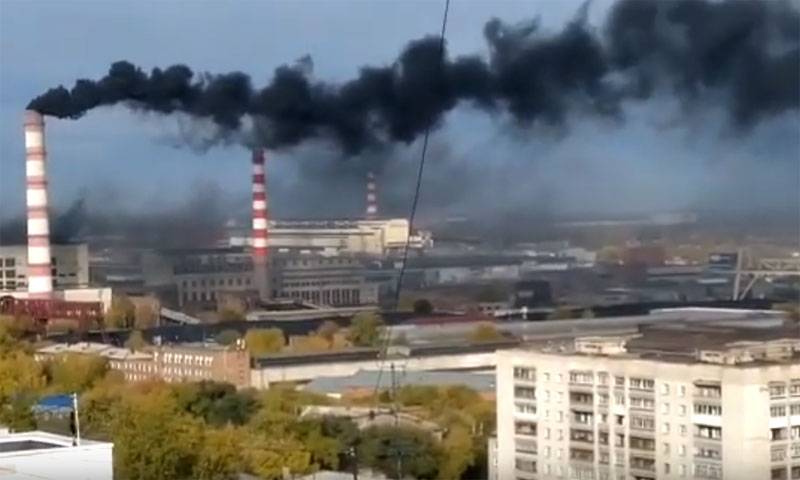 At the end of March, the Ministry of Economic Development announced the draft Strategy for the Long-Term Development of Russia until 2050, taking into account the low level of greenhouse gas emissions. The document is posted on the official website of the department and sent for approval to the federal executive bodies.

When compared with the Soviet Union

The accessibility of the project attracted the attention of Western media. They quickly found out that the document provides for an increase in atmospheric emissions by 2030% by 30 compared with 2017. At first glance, this approach is contrary to global trends and should trigger a sharp reaction from the West.

That, in principle, happened. Environmental activists hurried to accuse Russia of the fact that it (environmentalists allegedly saw it in the document) "does not intend to fulfill its responsibilities to curb climate change." Assessment, as we are accustomed to in dealing with many eco-activists, is loud and superficial.

Responsible experts have responded quite favorably to the project, which has been developed in the bowels of the Ministry of Economic Development for more than three years. The Finnish newspaper Yle, for example, rated the Russian Strategy as realistic.

“Russia, finally,” writes Yle, “has formed a realistic view of its ability to prevent climate warming.” The fact is that in terms of emissions, Russia ranks fifth in the world after China, the United States, the European Union and India. Hence the heightened attention to us and special exactingness.

The Finnish newspaper rightly draws attention to another circumstance. Now the volume of Russian emissions into the atmosphere, taking into account the absorption by forests, has become about 50% less than it was in the Soviet Union.

In the 2020s, emissions will increase. Because, as noted in the project, the country's economy is growing, and the ability of forests to absorb carbon dioxide is reduced due to illegal logging, fires and aging forests.

Nevertheless, already in this decade, due to renewable energy, the use of nuclear energy, the reduction of deforestation and the expansion of environmental zones, compensating factors will begin to operate.

They will increase, which will lead to a sharp decrease in Russia's emissions into the atmosphere after 2030. Here is how it is written in the project. Under the baseline scenario, the carbon intensity of Russian GDP relative to the current level will decrease by 2030% by 9 and by 48% by 2050. Russia will reach carbon neutrality in the second half of the 21st century, closer to its completion.

The other day a story was broadcast on Russian TV channels about how a chimney was blown up at a Krasnoyarsk heating station in order to put a new one in its place, with filters that capture up to 97% of harmful emissions. So the national project "Ecology", adopted for the period 2019-2024, is implemented.

An important part of it was the Clean Air program. It concerns environmental standards in large industrial centers of the country. First of all, in cities experiencing serious problems with air pollution.

There are twelve of them in the project - Bratsk, Krasnoyarsk, Lipetsk, Magnitogorsk, Mednogorsk, Nizhny Tagil, Novokuznetsk, Norilsk, Omsk, Chelyabinsk, Cherepovets and Chita. These are cities in which the notorious regime of the "black sky" periodically appears.

The program provides before the end of 2021 to reduce the total emissions into the atmosphere of industrial centers of the country by 5%, and by the end of 2024 - by 22%. For these purposes more than half a trillion rubles will be spent.

What is being done and will be done for this? Here are some examples. Last year, the Novolipetsk Metallurgical Plant put into operation a complex for capturing and processing chemical products of coke production. As a result, pollutant emissions decreased by 2 times.

For the first time in the metallurgical industry, the Pervouralsk Novotrubny Plant commissioned a stationary post for automated control of atmospheric pollution in a residential area. Norilsk Nickel began construction of sulfur dioxide utilization plants. This will increase the capture rate in the Norilsk industrial district from 75 to 90%.

Over the past ten years, Rusal has reduced emissions at the Krasnoyarsk aluminum smelter by 21%, at the Novokuznetsk aluminum smelter - by 43%. Nizhny Tagil Iron and Steel Works modernized about 20 dirty plants, replacing them with modern ones.

Similar examples can be given for all sectors and regions. In accordance with the national project "Ecology", active work unfolded immediately in five areas: "Technology", "Biodiversity", "Water", "Air", "Waste".

Now all this work will be combined. As Deputy Minister of Economic Development Mikhail Rasstrigin told Reuters, “This is the first attempt by the Russian government to formulate a strategy for fulfilling climate requirements by 2050”. She turned out to be realistic. Thus, our Finnish neighbors rated the project of the Ministry of Economic Development.