Unemployed of all countries, unite! 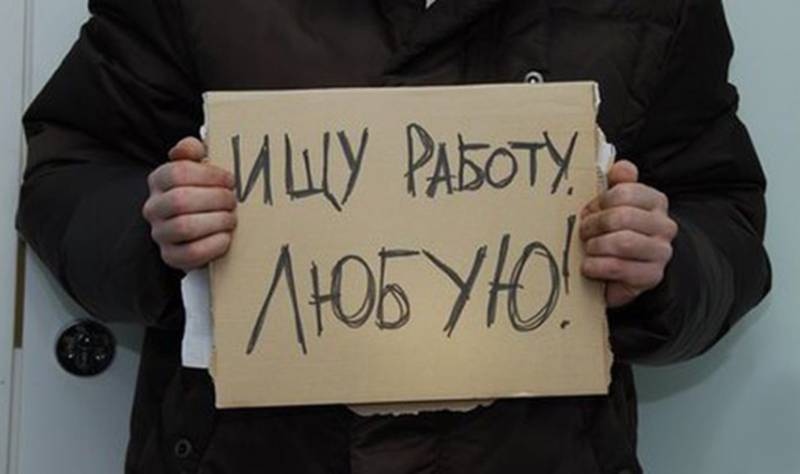 Experts from the International Labor Organization (ILO) conducted a study that concluded that one of the most serious socio-economic consequences of the COVID-19 pandemic could be massive unemployment. They predict that the number of unemployed in the world could grow by 25 million.

But this is an initial analysis in which Russia is by no means an exception. Perhaps, against the backdrop of rapidly changing data on the number of diseased and stopped production, the real situation on the labor market will turn out to be much more dramatic.

Depending on the various options for the impact of the COVID-19 pandemic on global GDP growth, the ILO suggests that world unemployment could rise from 5,3 million (the “soft” option) to 24,7 million (the “hard” option), it says in an analytical note. The initial indicator is 188 million: so many unemployed were in the world in 2019.

I note only for comparison: the global financial crisis of 2008-2009 left 22 million people unemployed. At the end of last week, overwhelming information came from overseas, especially against the background of optimistic statements by Donald Trump, information: in the United States in almost a few days the number of applications for unemployment benefits increased from 300 thousand to 3 (three) million! 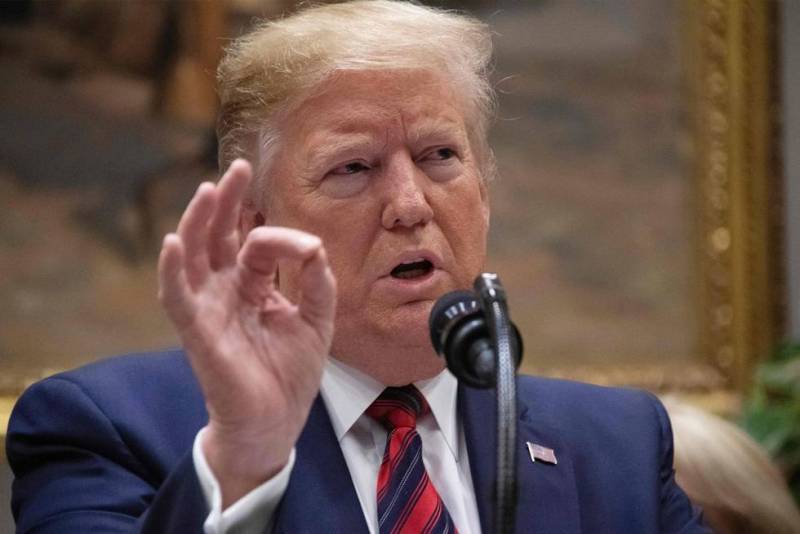 According to forecasts, the scale of partial unemployment will also grow significantly. That is, the duration of working time will be reduced and, accordingly, the level of wages. In Russia, we are already observing this. At least in Moscow and the region, the most vulnerable region, either the working day or the working week is shrinking everywhere.

And if a shorter schedule in government agencies has little effect on employee income (some may be left without a bonus), then in private enterprises, where everything depends on production results, and revenue, such charity will not work. Even with the support of the state, which, of course, cannot be limitless.

According to ILO experts, by the end of 2020, the decline in real incomes will be from 860 billion to 3,4 trillion dollars. An increase in poverty among the working population is expected. Globally, the number of people who join the ranks of the working poor will range from 8,8 to 35 million. At the same time, it was initially forecasted that in 2020, it, on the contrary, will decrease by 14 million.

In Russia, according to Rosstat, by the end of 2019, there were a little more than 3,4 million unemployed, or 4,6 percent of the economically active population. Note that these estimates were made according to the so-called “open” ILO methodology. That is, these are not only those who are officially registered with the employment service (approximately 700 thousand people), but also those who are really unemployed or are interrupted by casual earnings.

In January, this indicator increased slightly (by 0,1 percent points), in February it decreased by the same amount. That is, we have been balancing unemployment for several months at the level of 4,6-4,7 percent. Not the worst indicator in world statistics and not the worst for post-Soviet history Of Russia. But these are dry numbers, behind which millions of fates stand.

All official figures on the labor market appeared even before the coronavirus roamed around the world and country. No more recent data yet. It is worth paying attention to the analytics of the recruiting company HeadHunter (just hh on the network), which (both analytics and the company) should be treated with respect.

So, back in August last year, hh conducted a study of the labor market and came to the conclusion that Russia is on the verge of very serious unemployment. More than 10 percent of the companies surveyed said they expect staff reductions in 2020. 4 percent - salary reduction, 8 percent - salary fund reduction ...

Note that these predictions were made long before the world knew what COVID-19 is. That is, experts noticed negative trends in the economy a long time ago. The pandemic only exacerbated and accelerated this trend. As we were told in hh, now another study is being conducted on the health of the labor market throughout the country. In a few days we will know its results. 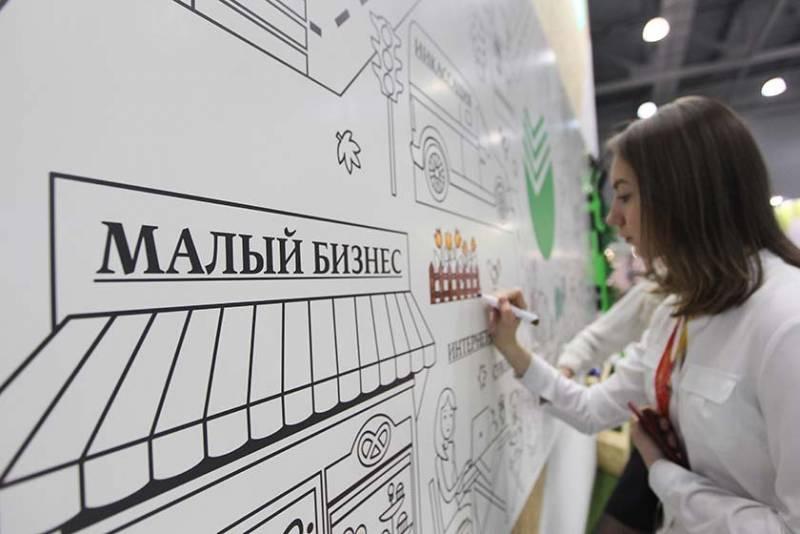 At the same time, ILO experts are confident in the following.

“If the international community adopts a coordinated policy response, similar to those taken in the face of the global financial crisis of 2008-2009, the consequences for global employment could be much less serious,”
- stated in an analytical note.

It is necessary to act in three main areas: protecting workers in the workplace, stimulating the economy and employment, promoting the preservation of jobs and the level of income of the population. Among these measures are the expansion of social protection, the promotion of employment (for example, by switching to reduced working hours, the provision of paid holidays and other subsidies), the introduction of financial and tax benefits, including for micro, small and medium enterprises.

In addition, the ILO note proposes to take a number of measures in the field of fiscal and monetary policy, as well as provide financial and credit support to certain sectors of the economy. Actually, all this or almost all of the Russian authorities have already envisaged and made appropriate decisions to protect business and the public.

However, business is extremely worried, and is filling up the government with petitions to support new industries. In particular, such a letter the other day was sent to Prime Minister Mikhail Mishustin on behalf of the Federation of restaurateurs and hoteliers. According to the Federation, the workload of these enterprises fell to a critical level of 8-10 percent.

Today they are asking for tax breaks, deferred utility bills and rents. In addition, to avoid massive downsizing, restaurateurs and hoteliers are also counting on massive subsidies to employees.

The anxiety of the "radissons", "atriums" and other "continents", who temporarily lost customers and profits, is understandable. But they, in addition to subcutaneous fat accumulated over the years, have a powerful back in the form of a professional association, which can advance their interests and anxieties to the very top (in this case, justified).

And what will happen to the kids of the business, various PPIs, where the staff is 3-4 people, including the entrepreneurs themselves? “Closed. Like everyone else, we are sitting at home and waiting for what will happen next, ”Alexander, a businessman from a friend, told me. He has two tiny shops in the Moscow region selling perfumes and cosmetics.

"Will you fire sellers, will you close dots?" - I ask. “I don’t know,” he says, “it all depends on how long the quarantine lasts. And from how the state will fulfill its promises. It’s too early to panic. But if in six months the landlord bills me for these six months, I’ll either turn off my modest business, because these are my biggest expenses, or I’ll go to court. ” It is clear that people will have to be fired before the trial.

Someone doesn’t understand something

I confess right away: I definitely don’t understand something. My microbusinessman understands that all deferrals and vacation payments are a gift from the state. True, it does not exclude tricks. But Danil Makhnitsky, a recent adviser to the Ministry of Finance of the Russian Federation, and now a graduate student of the Russian Presidential Academy of National Economy and Public Administration under the President of the Russian Federation, just “includes” the tricks. And he prepared a petition to the government, which was already supported by more than 20 thousand people.

According to Makhnitsky, of all the proposed measures, the best in the long run is to reduce insurance premiums from 30 to 15 percent. “But now we need bolder decisions,” he says. “Now the business simply does not have revenue, there is nothing to pay wages for.”

“A very funny initiative is to give interest-free loans to pay salaries. This is the pit into which the business is driven, so that after 6 months you will definitely close. In this regard, Putin spoke not about zeroing, that is, not about the state’s refusal to levy certain taxes for six months, but about freezing. What does it mean? You just don’t pay these six months. Debts are piling up. And in six months there will be massive bankruptcies. ”

“I appeal to my former colleagues from the Ministry of Finance of Russia, I appeal to the Russian government:“ zero out ”taxes for small and medium-sized businesses!” - calls Danil Makhnitsky.

Ctrl Enter
Noticed a mistake Highlight text and press. Ctrl + Enter
We are
Coronavirus COVID-19: threats, consequences, actionsSituational analysis of the death of the MH17 flight (Malaysian Boeing 777), made on the basis of engineering analysis from 15.08.2014
63 comments
Information
Dear reader, to leave comments on the publication, you must to register.