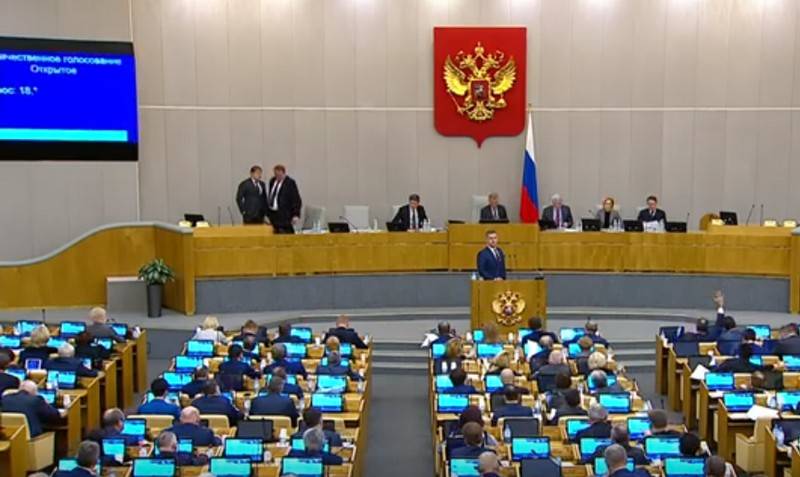 The State Duma at a plenary meeting on Tuesday approved the first reading of the bill on criminal liability for violation of quarantine for coronavirus. This is reported by Russian media.


The adopted bill proposes to increase the punishment for violation of sanitary-epidemiological rules in force during quarantine. So, non-compliance with the rules, which entailed a massive illness of people by negligence, is proposed to be punished with a fine of 500 thousand to 1 million rubles, or by deprivation of the right to occupy certain posts or engage in certain activities for up to three years, or imprisonment for up to three years.

The same act, which entailed the death of a person by negligence, or involving the deliberate creation of a threat of mass disease of people, is proposed to be punished with a fine of 1 to 2 million rubles, or by deprivation of the right to a profession for up to five years, or by imprisonment up to five years. If a violation of the rules entails, through negligence, the death of two or more persons - imprisonment for up to seven years.

In addition, the deputies approved the bill as amended by the Code of Administrative Offenses (CAO RF), which establishes thousands of fines for violations of the coronavirus quarantine.

It is proposed to introduce administrative liability for violation of sanitary rules during the emergency mode or when there is a threat of the spread of a dangerous disease, during the period of quarantine, as well as for failure to comply with the issued order or requirement within the prescribed period. These offenses are punishable by a fine of 15 to 40 thousand rubles for individuals, from 50 to 150 thousand rubles for officials and individual entrepreneurs, and from 200 to 500 thousand rubles for legal entities. It is also possible to suspend activities for up to 90 days in relation to organizations and individual entrepreneurs.

The same acts that caused harm to human health or caused his death, but which do not contain signs of a crime, are punishable by a fine: for citizens - from 150 to 300 thousand rubles, for officials - from 300 to 500 thousand rubles or disqualification for a term of 1 years to 3 years, for entrepreneurs and legal entities - from 500 thousand to 1 million rubles, or suspension of activity for up to 90 days.

Also, amendments to the Code of Administrative Offenses on fines for disseminating false information about life-threatening circumstances, including epidemics, to the media or the Internet have been prepared. It is proposed to punish a fine of 1,5 to 3 million rubles for the distribution of fakes. If the distribution of a fake led to the death of a person, causing harm to human health or property, massive disruption of public order or termination of the functioning of life support facilities - from 3 to 5 million rubles. With repeated - from 5 to 10 million rubles.
Ctrl Enter
Noticed a mistake Highlight text and press. Ctrl + Enter
We are
Disputes around the new amendments to the Criminal Code of the Russian Federation on the concepts of espionage and treasonThe State Duma adopted in the first reading a bill on "foreign agents"
220 comments
Information
Dear reader, to leave comments on the publication, you must to register.