U.S. election: Trump can only be defeated by coronavirus 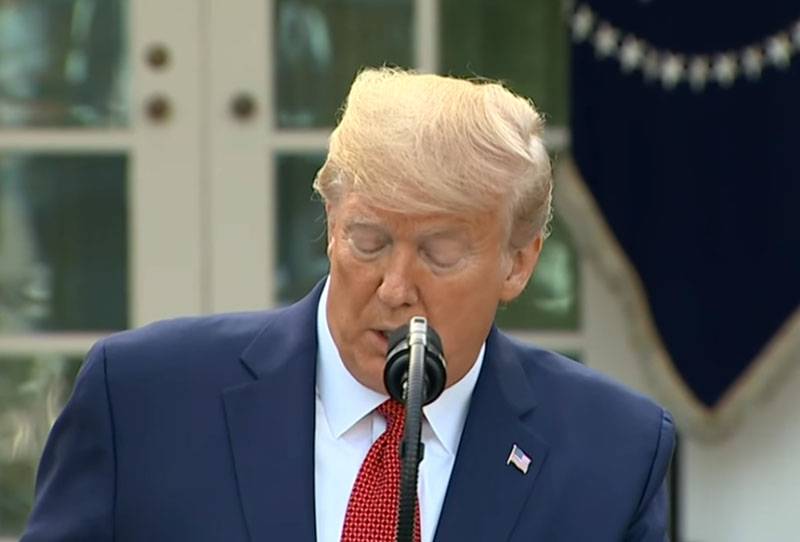 The current, extremely difficult situation in the United States completely “mixed up the cards” for all the leading candidates for the presidency of the country, the next election of which should be held in November this year. It would seem that the catastrophic events that are currently taking place in the United States directly play into the hands of the democrats - the opponents of the current head of the White House. However, everything is not as simple as it might look at first glance.


As early as the beginning of 2020, the strategies of the parties were extremely clear and adjusted. The current head of state in his "asset" has had undeniable success in areas that are understandable and accessible to every potential voter. The rise in production, the decrease in unemployment, the growth of incomes of the population — all these were the best “propaganda materials” convincing the country's inhabitants that another four years of “tramponomics,” characterized by strict protectionism and the rejection of dubious and costly globalist projects, would probably suit them. just for the good.

It is not for nothing that the representatives of the liberal-globalist elite concentrated in the camp of the US Democratic Party, who perfectly understood the precariousness of their own positions, were forced to start grandiose shows called "Russian interference in the elections" and an attempt to impeach Donald Trump. In this event, which ended in nothing, they not without reason saw their only chance to survive from the White House its current inhabitant. However, as already mentioned, the trick failed, and, in many ways, even worked against its organizers, adding to the president's popularity and, therefore, the chances of the election. And then COVID-19 arrived in time ...

As a matter of fact, the shaft of criticism of the current administration of the country and of the president personally by the same democrats did not fall as much after the sharp increase in the number of infected and dead from a new illness in the USA, as after the complete failure of the impeachment venture became apparent. The accusations that Trump “slammed the pandemic”, “ignored”, “took it frivolously”, sounding from the camp of political opponents, showered in hail. The President responds in the usual manner - for example, the Speaker of the House of Representatives of the US Congress, Democrat Nancy Pelosi, who once again chided him for a "frivolous attitude" to coronavirus, Trump simply called him a "sick puppy", tortured by "a lot of problems" ...

In theory, the Democrats can now triumph: the COVID-19 that has fallen on the United States has now almost “zeroed out” all the economic and social achievements of the current president. It's time to finish off, criticizing even more mercilessly, noting every mistake and inflating to heaven the scale of the “coronavirus tragedy” in the country! However, there is a very serious nuance.

Contrary to expectations, the epidemic did not push away, but just attracted the electorate to the side of Trump. In any case, a poll conducted jointly by the Washington Post and ABC News showed that 49% were ready to vote for Biden, while 47% were ready to vote. At the same time, in February, Trump was 7% behind his main competitor. True, a couple of months ago, Trump’s rating was three times higher than Biden’s rating ... Still, the pandemic did its least media business.

But, with a strong emphasis on what serious tests the United States is facing today, Trump’s opponents can easily achieve the opposite effect. But what if he does manage to curb the crisis? Then in the second term he "will ride on a white horse", covered with the glory of the "second Roosevelt." Moreover, the president, well aware of the real "alignment", already today leaves himself a fairly wide field for maneuver, making statements like the death of "just one hundred thousand Americans" from the coronavirus will be evidence of "good work" done by his administration.

Based on this, it is expected that the fanning of passions about COVID-19 from the Democrats and the presidential candidates representing their camp will not intensify in the near future, but will subside. If Trump does not cope with the coronavirus and its economic consequences - in the elections they will take it with their bare hands. And he will manage ... Well, he will have to endure another four years. Or come up with a new reason for impeachment. In any case, Trump, if he loses the election, only to the coronavirus, when they vote in the protest version: not FOR Biden, but AGAINST Trump.

Ctrl Enter
Noticed a mistake Highlight text and press. Ctrl + Enter
We are
Reports from the militia of New Russia for 27-28 September 2014 of the yearDecember 2010 years. Russian March. Senseless and merciless? Notes not a Russian person
16 comments
Information
Dear reader, to leave comments on the publication, you must to register.