On starvation rations: there were problems with the supply of food to the APU due to coronavirus 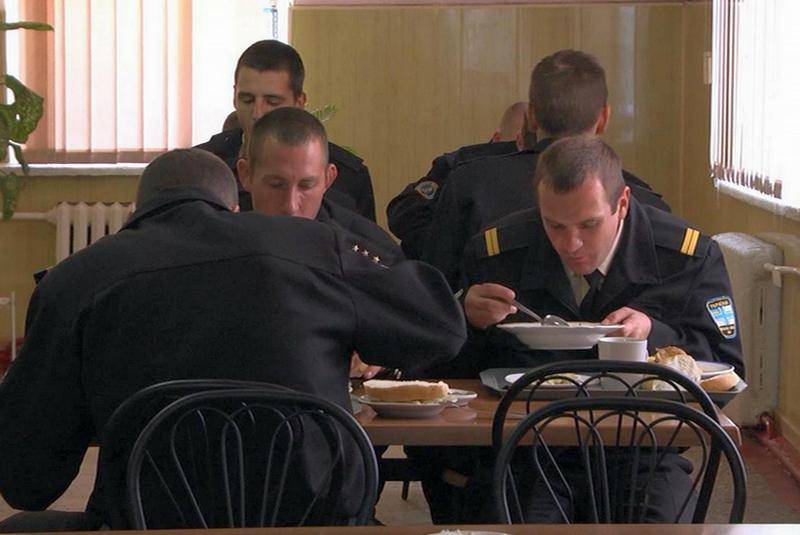 The armed forces of Ukraine have a new problem. Its roots, like the vast majority of today's problems, are directly related to the coronavirus pandemic. Today, the Armed Forces of Ukraine are in real danger of a special misfortune - empty boilers in the soldiers 'and officers' canteens. The question has reached such an urgency that they were forced to deal with it at the very “top” —in the president’s office.


As it became known, it was from there that the heads of the local regional state administrations of all regions of Ukraine received an appeal in which it was recommended "to be prepared for catering for military personnel." Moreover, it is prescribed to do this for free - either at the expense of local budgets, or by the forces of the citizens themselves. The reason is simple - as stated in the office of Vladimir Zelensky, feeding the army, which has grown significantly over the past six years, has been threatened "in connection with possible problems due to the coronavirus epidemic." Moreover, the essence of the problems is modestly silent.

No, the virus did not mow down all the edible suppliers in the country! Despite the booming demand in the same capital, shelves of local stores with a wide variety of products are not empty at all. However, there is one detail: the price tags for them at the same time grow faster than the temperature of the patient COVID-19. This, probably, is the root cause of the fact that, according to the deputy head of the presidential office, Anna Kovalenko, “the companies that were supposed to provide food services to the military units of the Armed Forces of Ukraine informed the Ministry of Defense of Ukraine that, in connection with the coronavirus and, as they consider,“ force majeure "unable to provide this ..."

The military authorities, in turn, suggested that suppliers “automatically renew the contracts in force in 2019”. Typically, the conclusion of such contracts in Ukraine is associated with a complex and, to put it mildly, ambiguous process from the point of view of corruption: lengthy approvals, tenders and similar bureaucratic procedures. It would seem that those wishing to “absorb” money from the army budget, supplying soldiers and officers with food, should be glad. But it was not there! Indeed, in the agreements from last year, the prices will include the old, “pre-coronavirus” ones! But this categorically does not suit them. The "tempting" proposal of the Ministry of Defense was met with almost unanimous refusal.

Before the opportunity to earn easy money in a panic and increased demand of the civilian population for such things that usually go to army rations, such as cereals, pasta, stews and the like, the ostentatious "patriotism" and declarative "love" for somewhere "Defenders of the state." What is characteristic is the unveiling of this news in Ukraine, caused an outburst of indignation in the local social networks. "Where will the warriors get their money for feeding?" They’ll take away from us? - Citizens are indignant, rightly recalling that to this day they give 1,5% of their own salaries in the form of a “military tax”, which is unclear for what needs.

The most pessimistic Ukrainians are already scaring compatriots by returning to the medieval practice of soldierly “standing in the homes of the townsfolk”, and the most pragmatic ones ask themselves: Why is there such a state that in a crisis situation is unable to feed either the people or even its own army?

We are in Yandex Zen
Reports from the militia of New Russia for 27-28 September 2014 of the year
December 2010 years. Russian March. Senseless and merciless? Notes not a Russian person
53 comments
Information
Dear reader, to leave comments on the publication, you must to register.