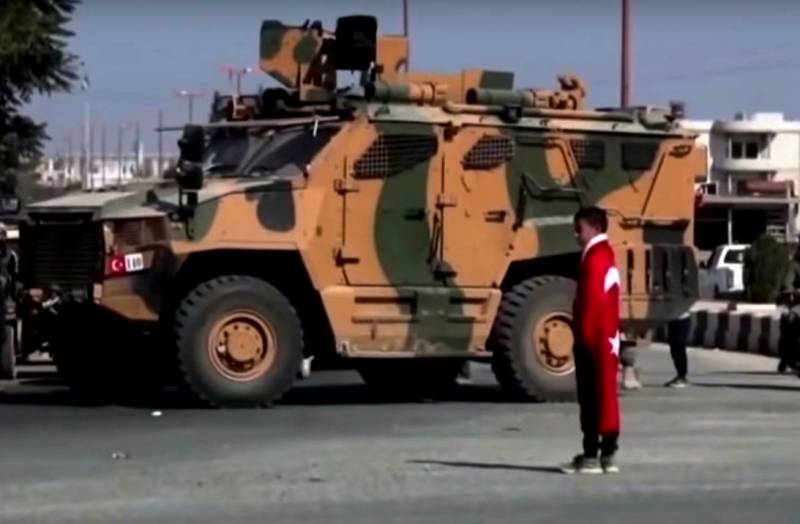 In the province of Idlib and several other regions of Syria, armed attacks by militants of terrorist groups continue. Turkey also continues to build up its military presence in the country.


In the area of ​​the villages of Khan-Tutin and Benin in the south of Idlib province, fighters from anti-tank missile launchers fired at the positions of the Syrian government troops. As a result of the attack, the Shilka anti-aircraft installation of the Syrian Arab army received damage. According to Damascus, the attack was organized by the Khayyat Tahrir al-Sham group banned in Russia.

In the province of Deir ez-Zor, the militants were attacked by the fortified post of the Kurdish Democratic forces of Syria in the city of Al-Harmushiya. In the province of Raqqah, a mine abandoned by Kurdish fighters blew up and killed a child.

Apparently, the construction equipment can be used by the Turkish side to erect new observation posts, as well as when clearing barriers on highways that are exposed by militants operating in Idlib groups.

In the west of Idlib, near the village of Al-Kafra, the Turkish military began to build a fortified point. In the area of ​​the city of Al-Mastum, a Turkish column was also seen, which included construction equipment, armored personnel carriers and Tanks.

Thus, Turkey is deploying more and more observation posts on Syrian territory every day and increasing the presence of its military equipment and soldiers. This is similar to the occupation of a neighboring state, and not like an operation to prevent a humanitarian catastrophe, as they like to call the intervention in Ankara.

According to many experts and war correspondents directly working in the conflict zone, in the end, Turkey will have no choice but to influence the radical groups, forcing them to clear the M4 highway.

True, it is not very clear how Ankara will act. Most likely, it will be about persuading with the help of such leverage as the threat of stopping the supply of ammunition and weapons. Indeed, the groups operating in Idlib in this regard are completely dependent on Turkey.

Meanwhile, the Syrian government has another “headache” - the coronavirus is spreading in Syria, which is why increased epidemiological safety measures have been introduced in a number of cities in the country. Thus, curfews were introduced in large cities of the country: citizens are forbidden to move after a certain time, police and military patrols are detaining violators.

It is known that curfew operates in Damascus, Latakia, Aleppo, Tartus, Hama, Homs. In this case, security measures contribute not only to the fight against the epidemic, but also to the overall stabilization of the situation on the streets of large Syrian cities.

Ctrl Enter
Noticed a mistake Highlight text and press. Ctrl + Enter
We are
Militants "Hayat Tahrir ash-Sham" in Idlib - Turkey: Just try to disarm usReports from the militia of New Russia for 13-14 September 2014 of the year
22 comments
Information
Dear reader, to leave comments on the publication, you must to register.