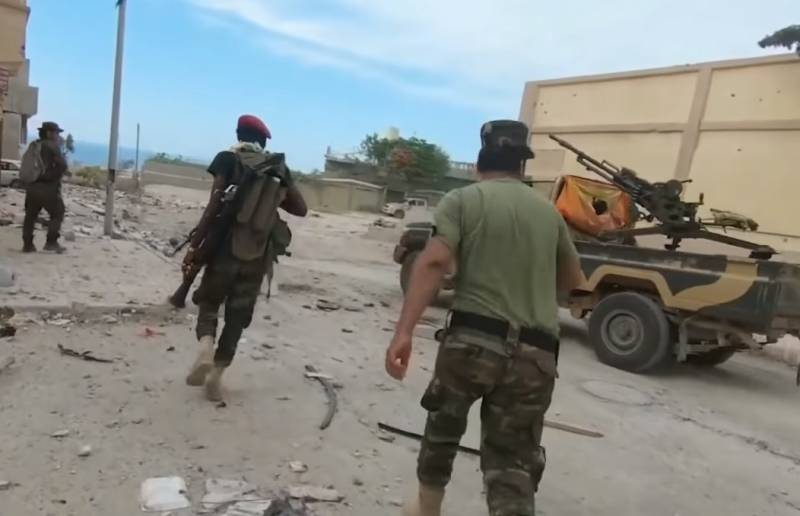 Tonight there was information from a number of sources about the actions of the Libyan National Army (LNA) in the city of Zaltan, located in the west of the country near the border with Tunisia. In particular, the information Internet portal Al Ain from the UAE reports that LNA troops took control of this city. This information is confirmed by the blogger from the Libyan city of Benghazi, Mohammed Mahjub.

LNA spokesman Ahmad Mismari confirms the attack on the base, but claims that it was repelled. According to him, the LNA soldiers quickly responded to the attack and, after a counterattack, threw the enemy 20 kilometers from the base.

Mismari is outraged by the actions of the PNS:

The action of the PNS in this case is a very serious violation of the ceasefire.
He also claims that Osama al-Juwale enjoys the support of Turkey. Ahmad Mismari announces the presence of many pro-Turkish groups in the country, which include mercenaries from Syria and other countries, as well as professional Turkish military. In total, according to the headquarters of Marshal Khalifa Haftar, about 5000 militants supported by Ankara and fighters of the Turkish special operations forces arrived in Libya.
Ctrl Enter
Noticed a mistake Highlight text and press. Ctrl + Enter
We are
Reports from the militia of New Russia for 27-28 September 2014 of the yearChronicle of the Libyan War
5 comments
Information
Dear reader, to leave comments on the publication, you must to register.