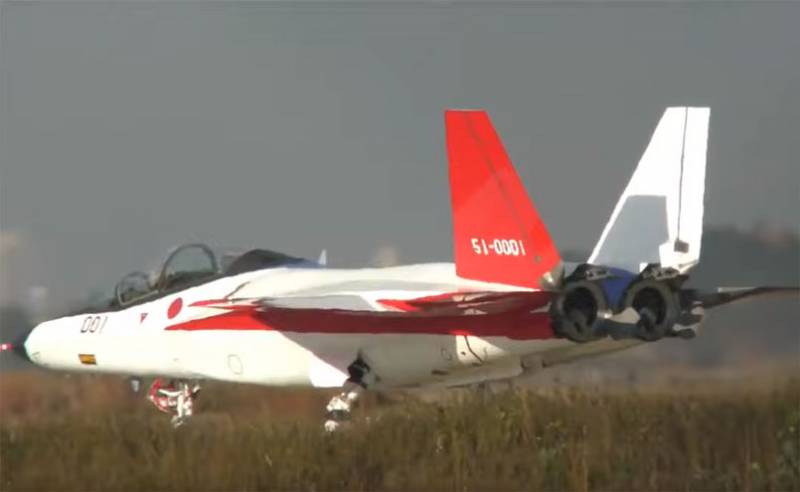 In the race that has been going on for more than one decade for the possession of the most modern combat aircraft belonging to the so-called fifth generation, the three clear leaders are unambiguous. These are the USA, Russia and China. However, the list of states that are firmly determined not to purchase such a valuable technological novelty on the side, but to develop, at a minimum, combat vehicles comparable in terms of characteristics on their own with the “Big Three”, is certainly not exhausted. So, who else are we next?


In order to be considered a fifth-generation aircraft, a fighter must possess a number of mandatory parameters: maximum stealth, super maneuverability, high speed characteristics, multifunctionality, and the most advanced control system. And also some others. Perhaps it is precisely the highest innovative requirements for such aircraft that explain the fact that most of their developments today are conducted in the countries of Southeast Asia.

The prototype Mitsubishi X-2 Shinshin, developed by the Technical Design Institute (TRDI) of the Ministry of Defense of Japan, and built by Mitsubishi Heavy Industries, has already taken off and is quite successful. The military department of the country of the rising sun assures that with the stealth technologies, and with other parameters, their offspring are more than at the level. However, there is a problem - the engines with a controlled thrust vector proposed for installation on this machine from the Japanese company IHI XF5-1 are still only at the development stage. Perhaps the first samples of the new fighter will be equipped with installations of American or European production, and then they will already “finish” their product. Be that as it may, Japan aspiring to possess the “fifth generation” is still purchasing the F-35 from the USA, which indicates that the X-2 is still far from the full-scale “series”.

The next on the list, it is expected, is South Korea - there is already 10 years work is underway on a program to create a multi-role fighter KAI KF-X (Korea Aerospace Industries KF-X). True, its developers cannot decide in any way whether it will be a 4 ++ generation machine or a fifth. The project is being implemented, which is typical, together with Indonesia, and, to a greater extent, most likely, and is designed for countries of its level. South Korea itself, recall, is a member of the F-35 program and an active buyer of this aircraft.

The situation with India remains rather incomprehensible. They also want to have their fifth generation fighter there. They just can’t decide in any way whether to develop the FGFA program together with Russia, or to throw all their efforts into the program of creating a “purely Indian” promising AMCA fighter. It is very possible that they will stop just on the second option, but if we take into account the not very successful previous experiments on the creation of combat aircraft, in this case it is hardly worth waiting for special successes, especially, in the short term.

Europe periodically also announces its intentions to create the latest fighter. In any case, at the 53rd Paris Aviation and Space Salon (Paris Air Show 2019), the Next Generation Fighter (NGF) - the “fifth generation fighter” - was presented. So far, there is more talk of a project causing a negative in the US (which market for the F-35!) Is more than a real deal, but quite serious companies - Dassault Aviation and Airbus took up the development, so it’s quite possible that there will be a crisis and coronavirus will not interfere, leaving the project without sufficient funding. As far as we know, the Swedes, who seek, as far as possible, to participate in any European defense project, are not involved in NGF, since they themselves are working on the SAAB Flygsystem 2020 - also a fifth-generation fighter.

There are a couple of applicants in the Middle East region. For example, Ankara, which has had serious problems updating the Air Force fleet. Americans excluded Turks from the F-35 program; Europeans have little hope. It remains either to buy Russian fighters, causing even greater indignation of Washington and Brussels, or to do something of their own. For the first time, intentions to create a fifth-generation Turkish Fighter fighter for the centennial of the Republic of Turkey were announced at the IDEF-2013 International Defense Exhibition in Istanbul. There are no data on specific results yet. It is unlikely that one should expect in the near future - especially when you consider that this will be the first fighter of local development. For example, the country has no experience in creating jet engines. Like the corresponding industry for their production. The development cost is tentatively estimated at $ 10 billion.

Tehran also speaks of a firm intention to acquire a fifth-generation fighter of domestic production. It's about the IAIO Qaher-313 project. There are even more doubts about realism than with respect to Turkey, and for the same reasons. Although, in recent years, the Iranians began to surprise with their own military developments.

One way or another, but for now the "troika of leaders" remains the trio, moreover, Russia has yet to adopt the Su-57.

Ctrl Enter
Noticed oshЫbku Highlight text and press. Ctrl + Enter
We are
The tragedy of the American army ("The Atlantic", USA)Situational analysis of the death of the MH17 flight (Malaysian Boeing 777), made on the basis of engineering analysis from 15.08.2014
Military Reviewin Yandex News
Military Reviewin Google News
16 comments
Information
Dear reader, to leave comments on the publication, you must to register.