For whom is the new Constitution? 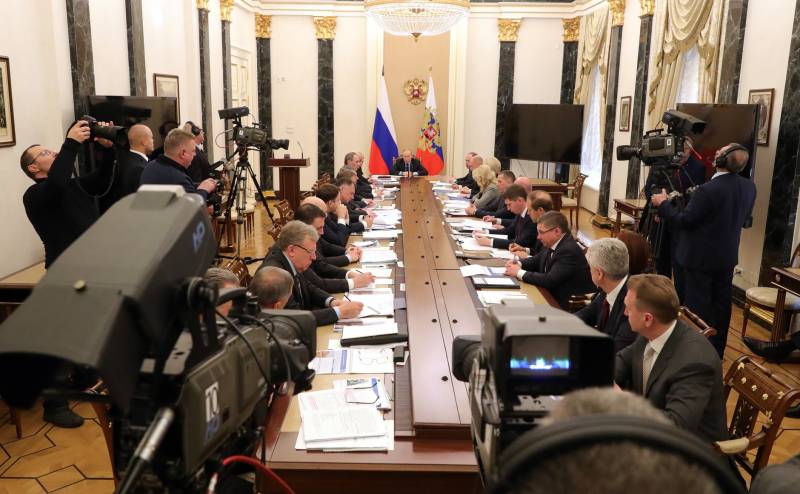 So, we have a month left until the moment we have to express our will about the sudden and urgent amendments to the Constitution. It seems like our opinion is worth something and deciding something.

Thoughtful reading of ALL amendments took a very decent amount of time, and this is what I would like to tell you after reading and comprehending.

I do not understand, to be honest, because of what such a noise.

No, if you accept the point of view that all this was conceived for the sake of zeroing, then yes, everything is in order. But was it worth it to fence such a garden?

In principle, all amendments can be grouped into three heaps.

First one. About the state system. In principle, nothing of such vital importance, I don’t know how we lived without the fact that only Moscow can be the capital, and only Russian can be the only common language. But somehow they lived here.

The second one. Arrangement "for the people." In general, all this is there in laws and codes, why it is necessary to introduce it into the Constitution is difficult to understand. The same controversial lawmaking as the first pile.

The third. President and state apparatus. Well yes, everything is pretty useful there. President and senior officials. This all doesn’t concern us at all, because if some next president wants to change everything, I think he will do it all in much the same way as Putin. With the same ease.

In general, I did not find any such stunning innovations. In principle, I agree that amendments, following the time, must be introduced. Gradually, not freaking out, without all this hype.

But how can we do this? Not. We need to take and plump before the people in the style of "vote, or lose." Amendments must be urgently adopted, or ...

However, we’ll talk about these “or” at the end, but for now we’ll rummage around in heaps.

Article 671. This is the MOST, where the ancestors who transmitted to us ideals and faith in God, protection historical truths and children as the most important priority of the spiritual policy of the state.

The cocktail is funny and creepy at the same time. It’s impressive with just such a hodgepodge, unrelated to anything.

Article 72. This is where the institution of marriage is defined as the union of a man and a woman. Well, as we used to live without a definition, I don’t dare say, but at least the representatives of the sexes from 3 to 24 seem to shine nothing.

The first article, where something sensible flashed.

Article 75. Everything according to Zadornov, to restrain laughter is unrealistic.

Articles 751, 79, 791 are simply a jumble of letters. Higher, you know, leaders, you can’t have accounts abroad. So what? Children and other relatives can and even need. In short, about nothing.

Next, the most important thing. For the sake of what, everything was started.

Articles 81, 83, 921, 93 are devoted to the president and his opportunities. Immunity after termination of authority, appointment and so on. Everything is very interesting, but I liked only one point. I was impressed.

In modern conditions, the president of Russia will not be removed from office. No way. I liked the item. True, what is there to impeachment threaten ...

This is not for citizens, it is a Duma-sovfederovskie showdown (theoretical), which we can not influence under any circumstances. This is not our whole business, the electorate.

The next block is devoted to local government.

Articles 131, 132, 133. Well, a little bit gave the local authorities the power to assign taxes and fees, but the rest was all about elections. How and where to choose whom.

What can I say on behalf of a person who has read everything in good faith? Honestly, boring and uninteresting. Not at all interesting.

No, of course, that children - this is the main component of spiritual development - it is wonderful. That the Russian language will be the main one, and national minorities have the right to study in their native language, is also delightful. That the family is a union of a man and a woman I welcome.

97% of amendments to the Constitution exclusively affect the president, the State Duma, the government, the Federation Council, the Constitutional Court, lower courts, officials. How they will elect, appoint, remove and so on.

In general, just a slight restructuring of the existing system of power "for themselves." Under a long and happy rule for the good of Russia.

Okay, Putin is happy with those who have started all this. We know them, heroes both in the literal and figurative sense of the word. Timchenko, Rotenberg, Sechin, Miller, Deripaska and so on.

The entire Belgorod region, for example, is hung with banners "Our choice - Our country - Our Constitution."

Now, having studied all these amendments, I now understand on behalf of whom all these banners are. And whose country is this, whose Constitution is.

Of course, it would be nice to return the status of the subsoil back, so that not only Sechin and Miller would be rich. Yes, let them get rich, since Putin believes that a million a day is a normal salary. No problem. It’s not for me to argue, I’m the very Putin “middle class” who receives more than 17, so I won’t even open my mouth, the gills will dry up.

But in general, as a citizen, it is completely uninteresting for me how the president will propose candidates to his hand-held State Duma and how this State Duma will unanimously vote “for”. All this has already passed, it is incredibly gray and boring.

This is all for them.

“In the Russian Federation, conditions are created for sustainable economic growth of the country and improving the welfare of citizens, for mutual trust between the state and society, guaranteeing the protection of the dignity of citizens and respect for people of work, ensuring a balance of rights and obligations of the citizen, social partnership, economic, political and social solidarity.”
Yes, this is for the people. Incredible surprise of all ranks, from Putin to the governors that “suddenly” gasoline prices jumped. In Europe and America, down, and with us, up.

And right there the gas traders came in for subsidies. Well, coronavirus, the demand for gasoline has fallen. Give me the money.

And what, steady economic growth. Way down. And improving the welfare of citizens. Now it’s clear which, I hope? Under which everything and everything is added.

Well, the cherry on the cake - this:

And in general, I doubt that after the next successful victory of Putin in the elections, at least someone will even remember the Constitution.

The main thing, of course, is to ensure the continuity of power. From one Putin to another. I have already made sure that the promises that Putin made at that term in office are not binding on IT. Well, nothing, the main thing is stability.

I can imagine how together we all will begin to "grow fat" in Putin's way at 100 rubles per dollar. Obesity nationwide will begin. It has already begun. At prices. Thanks to everyone who, according to the Constitution, is obliged to keep the ruble and provide the country with prosperity. The effort is visible to the naked eye.

Total Someone will go to think about how useful this is. Someone will vote in favor, because thinking is too difficult. Understanding is even more difficult.

I did not see the promised changes that would benefit all citizens of Russia. Alas. I saw exclusively the restructuring of power.

To be completely uninteresting, to be honest. Unpromising for 99% of the population.

We are in Yandex Zen
Results of the week. “In our cooperative, the board is always agreed”
Results of the week. "God forbid to see Russian revolt, senseless and merciless!"
483 comments
Information
Dear reader, to leave comments on the publication, you must to register.