Ukraine's experience: how not to deal with a pandemic 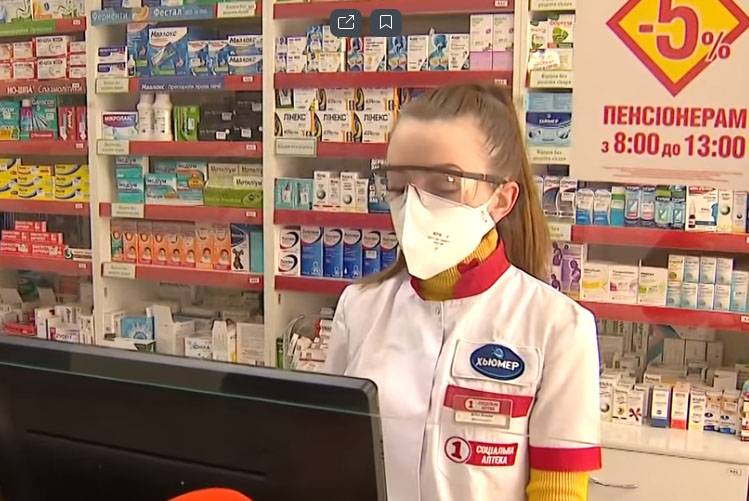 The ongoing struggle against the coronavirus epidemic in Ukraine today gives us truly invaluable examples ... It is absolutely not worth it to do this categorically. The decisions made there both at the governmental level and by local authorities, not only surprise with their sometimes absurdity of thoughtlessness, but also lead to results directly opposite to those for which they, in fact, were implemented. Consider the situation with two specific examples.


As the first we take the closure of the subway in all cities of Ukraine, where there is one - in Kiev, Kharkov, Dnepropetrovsk (Dnipro). It would seem quite reasonable and reasonable measure: thousands of people in enclosed spaces are an ideal environment for the spread of the virus. However, at the same time, no one cancels the need for citizens to move daily, at least to the workplace and home after the end of the working day. After all, none of those in power in the “non-fallow” did not even think of stuttering about financial compensation for forced self-isolation. You are not on foot in megacities, therefore, only ground transportation remains.

As planned by city officials, all types of municipal transport, as well as fixed-route taxis, were supposed to function normally, while picking up no more than 10-20 passengers per cabin. What did it translate into reality? Into wild lines, a stampede, scandals reaching the assault at stops and in the trams themselves, trolleybuses, minibuses. Not even the police forces urgently left to restore order and taming passions do not help. Additional nervousness to passengers is added by the absence of some of them with medical masks, without which travel is prohibited. It’s absolutely impossible to purchase this goods, which instantly turned into a terrible shortage, essential goods in most Ukrainian cities.

However, the closure of the metro and the complete abolition of suburban communications gave rise to another, much more serious, problem. In all major cities of Ukraine, and, above all, in Kiev, medical institutions were under the threat of a complete halt to their activities! The crisis that erupted suddenly revealed something that no one had ever thought about before: up to 70-80% of the staff of hospitals, clinics and diagnostic centers are just residents of the suburbs, who now simply have no physical opportunity to get to workplaces. This is especially true for the junior medical staff - nurses and nurses, however, a considerable number of doctors were also cut off from their offices by an irresistible distance. How does the authorities react to this incident?

As far as I know, the Minister of Health of Ukraine Ilya Emets, who not so long ago dazzled the country with the assertion that “all pensioners will die out of the coronavirus,” says something extremely slurred about the allegedly “negotiations with the transport companies about organizing the delivery of doctors to hospitals”. In reality, the Ministry of Health sends medical institutions recommendations on “independent organization of transportation,” without at all specifying exactly how, by what forces and, most importantly, by what means this should be done. In some cities in Viber and other “dormitories” chats “take the doctor to work” are spontaneously organized, demonstrating the truth of the words that saving the drowning is the work of the drowning themselves ...

At the same time, the problems of the country's most important vital activity branch, the medical one, are far from being limited only to the transport collapse. According to doctors and nurses, they have virtually no protective equipment — even elementary masks and respirators, not to mention specialized “plague suits”. Work clothes (bathrobes, hats, etc.) are distributed for washing at home, as if there was no epidemic at all. What will such a case with the wide spread of the virus lead to? Firstly, to the mass infections and deaths of the physicians themselves (this was already in China). Secondly, to the fact that as a result, the remaining doctors and nurses will either scatter somewhere, or hospitals from outposts of the fight against the epidemic will turn into its nurseries.

After the first day of the “crazy house” transport that was taking place in Kiev, the secretary of the capital city council, Vladimir Prokopiv, hinted that the metro should still be opened, albeit “with restrictions.” However, both the higher city authorities in the person of Mayor Vitali Klitschko and the country's Prime Minister Denis Shmygal, who categorically denied even the slightest possibility of the “underground” operation, immediately started to blink on him. According to the prime minister, this will inevitably lead to the fact that "2 million people will be infected every day."

How many Ukrainians can become victims of the coronavirus, and how many - the thoughtless actions of the authorities “fighting” with it, is extremely difficult to predict.

Ctrl Enter
Noticed a mistake Highlight text and press. Ctrl + Enter
We are
Reports from the militia of New Russia for 27-28 September 2014 of the yearDecember 2010 years. Russian March. Senseless and merciless? Notes not a Russian person
265 comments
Information
Dear reader, to leave comments on the publication, you must to register.