Financial crises come more often: about the causes of the new economic reality 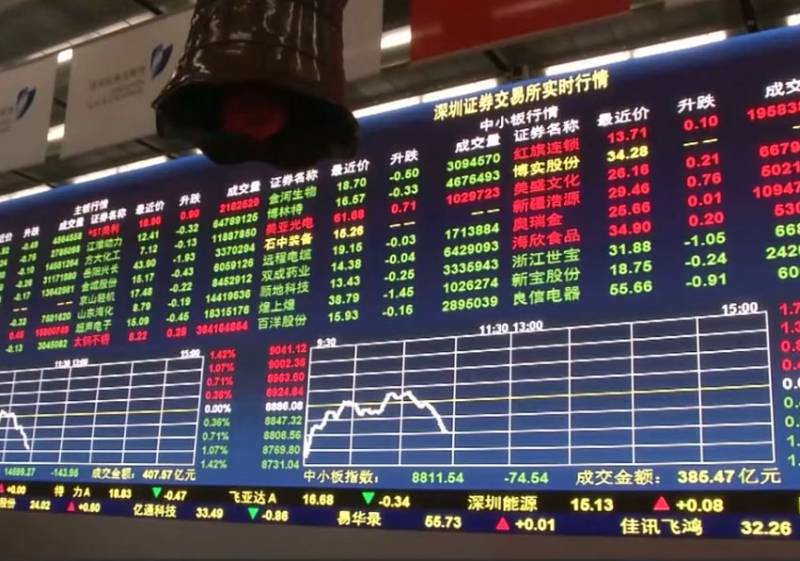 On Tuesday, the Government and the Central Bank of Russia issued a joint statement on their operational measures against the economic impact of coronavirus and volatility in global financial and commodity markets.

The world foresees a global recession

The support of financial stability of industries and sectors of the economy, population and regional budgets is promised. A decision was made to defer tax payments for the sectors affected by the crisis, to provide them with guarantees for prolonging and deferring loans. Existing lending programs, etc. will also be expanded.

The Government and the Central Bank are making a joint statement for the first time, which indicates the seriousness of the situation, the trigger of which was the pandemic of the new coronavirus. Many associate it with the turbulent movement in the stock and currency markets, which can move the world into the abyss of a new economic crisis.

This was stated by the chief economic sovereign of Russia, Chairman of the Accounts Chamber Alexei Kudrin. He did not rule out that Russia and the world were on the verge of a new crisis. “The current crisis may turn out to be quite sensitive,” Kudrin predicts and finds its main difference from the crisis of 2008-2009. “Then China was the driver of global economic growth, and now it itself has been hit hard by the coronavirus.”

On Monday, the current situation in the global economy was compared by the head of the Bank of Japan Haruhiko Kuroda on Monday. At a press conference in Tokyo, he expressed the opinion that the events of recent days are not like the “shock of Lehman Brothers Holdings,” as the world economic crisis of 2008-2009 is called in Japan.

“There are fears of low economic growth over time,” said Kuroda. “But as soon as coronavirus infection decreases in different countries, the economic situation will begin to recover.” Judging by the experience of China and South Korea, the epidemic is temporary. ”

The optimism of the Japanese banker is not shared by other economists. So, the Vice President of the European Central Bank, Vitor Constantio, bluntly says: “We are moving towards a global recession. The necessary measures that are being taken to curb the spread of the virus will inevitably lead to this. ”

The Independent publication estimates American economist Jesse Colombo. The one who was the first to recognize the inflated "bubble" in the US real estate market and warned of an impending economic disaster, which had become the crisis of 2008-2009.

Now Colombo warns the world about a powerful financial crisis. “We were already going to a recession before anyone heard about the coronavirus,” the economist noted and pointed to the existing “bubbles” in the European real estate markets, American stocks and others that could burst at any time.

The grimaces of modern economics

Jesse Colombo’s forecast is worth considering, not only because of his correct prediction of the past crisis. Estimates of the economist come from their realities of the modern economy, and it has changed a lot in the new century. The classical form of capital formation based on commodity production is no longer so relevant today.

The world of economics is now ruled by money. They became a derivative of securities, various kinds of debt and insurance obligations. All this is resold, creating new capital, very far from real production.

According to a similar scheme, for example, quotes for oil prices are being formed now. The market was filled with futures that allow you to buy oil in a month or two at a pre-negotiated price. Moreover, it is not a fact that upon reaching the deadline indicated in the documents they will be implemented into a real product. Most likely, exchange speculators will resell them again, for the benefit of themselves.

Experts say that debt obligations on the main exchange commodities (hydrocarbons, gold, metals, etc.) and documents like futures are five to ten times higher than the actual volumes of production of these products. This is how the very financial “bubbles” are formed, which the world of Jesse Colombo now warns about. New economic reality.

This circumstance has changed the nature and nature of crises. If earlier the overproduction of goods created problems for the economy, now it is the growth of obligations unsecured by the goods. It appeared brightly in the crisis of 2008-2009 and threatens to repeat itself again.

Although, what does it mean to repeat? Nobel laureate in economics Joseph Stiglitz believes that that crisis has not ended. Monetary measures taken by governments and banks of Western countries only drove the disease deeper. Having bought out unsecured debts of companies and credit institutions under the so-called quantitative easing program, they, in fact, saved the capital of greedy financiers. They were not allowed to go bankrupt, as is usually the case in a crisis.

As a result, the total volume of debt in different segments increased, according to Jesse Colombo, by almost 100 trillion dollars and approached 260 trillion. Now all this block of debts is putting pressure on the world economy, threatening to destroy it once again.

This did not happen so often before. Initially, crises came with a period of fifty years. The industrial revolution shortened the period for the overproduction of goods to 25 years. Financial speculation began to create problems for the economy once every ten years. Now the gloomy prospect of a large permanent crisis has emerged.

Experts believe that Russia will cope with these problems better than other countries. On Wednesday, Renaissance Capital analysts made their forecast. About him reported RBC agency. “The reserves accumulated in the sovereign National Wealth Fund (NWF) will be enough to cover budget expenditures for five years even with oil of $ 20 per barrel (the price of Brent oil fell below $ 25 per barrel),” the agency estimates Renaissance Capital.

At this price, the economy will slow down by 0,8%, inflation can grow to 7,5%. Russia has already encountered such parameters in the past decade. Therefore, it is not difficult to imagine the scale of possible problems. It was worse.

Only ten days have passed since Black Monday (March 9). It is too early to build alarmist forecasts. It is possible that the West will find a way to delay the collapse of its rampant financiers. However, such a delay will not save the world economy from the burdensome load of gigantic debt obligations. But the fact remains: the frequency of financial crises is in direct proportion to the desire of speculators to warm their hands at sharp changes in quotations and the desire of global fraudsters to cover up previously committed financial crimes with the crisis.

We are in Yandex Zen
Coronavirus COVID-19: threats, consequences, actions
Situational analysis of the death of the MH17 flight (Malaysian Boeing 777), made on the basis of engineering analysis from 15.08.2014
55 comments
Information
Dear reader, to leave comments on the publication, you must to register.