From Katyusha to Tornado: prospects for multiple launch rocket systems 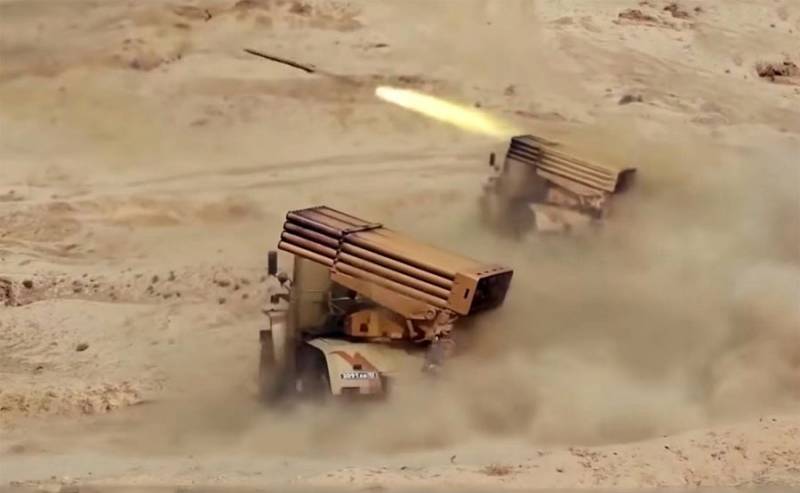 How many times during the parades did we hear anyone comment on the sense of humor of the designers of artillery systems? “Well, the flower bed has gone. A bunch of flowers that bring death. "


Indeed, the names of our receiver systems make many people smile. Especially for those who know these systems firsthand, and thoroughly. The “Flower,” which destroys a platoon’s stronghold with one shot, really inspires respect.

But there are systems in our artillery that have never been “flowers.” The first bore the beautiful female name Katyusha, and later, modern systems no longer hide their essence. “Grad”, “Hurricane”, “Tornado”, “Tornado”. This is no longer a flower bed, it is a natural disaster. With all the ensuing consequences.

Why MLRS did not reach the maximum of opportunities

Today, the ground forces are armed with several multiple launch rocket systems. The most famous is the Grad system. This complex is a direct descendant of the famous Katyusha. More precisely, the BM-21 is nothing more than a deep modernization of the BM-13. Dear veteran, adopted in the distant 1963, is still in service with almost 40 countries of the world. Moreover, Grad is copied by many countries of the world, or modified by these countries.

Modernization most often concerned the chassis, ammunition and equipment. But overall, the system remained unchanged. Too good, unpretentious and combat-ready machine is the BM-21. And the firing range of this 122-mm rocket is decent - up to 30 km, depending on the type of ammunition. Usually, fire is fired at ranges of 5-20 km.

It should be recognized that the BM-21 inherited from the BM-13 not only positive, but also negative qualities. First of all, it is a low accuracy of shooting. The system is applied not by purpose, but by area. And the second - the firing range for a modern war is clearly not enough.

In the late 90s, a system appeared that allowed you to shoot not only further, up to 40 km, but also more accurately. The new car installed a new guidance system with satellite navigation. I'm talking about the new Tornado-G car. By the way, two types of ammunition began to be used there. Ammunition began to be divided into cluster and high-explosive fragmentation.

This partially solved the problem of accuracy and range. But the machine did not reach the necessary parameters requested by the Ministry of Defense.

The same thing happened with more powerful systems. MLRS "Hurricane", adopted in the late 70's, and MLRS "Smerch" could fire at a greater range, carry a larger explosive charge at the expense of a larger caliber, but ... The problem of accuracy was not solved.

Although for the "Tornado" all the same, homing shells were created. It is these shells that fly 120 km today and hit the target. In principle, with a projectile mass of 800 kg, with a warhead divisible by 72 elements, and a firing accuracy record for the MLRS, the probable deviation from the target of 150 meters does not look critical.

So, as can be seen from the above examples, the designers squeezed the maximum possible out of the systems themselves. Increased range, increased charge, increased accuracy, increased area of ​​damage. Moreover, for the most advanced systems of the Tornado-S type, even ammunition has been created with the GLONASS system in the initial and final sections of the flight. For Tornado-S, the deviation from the target generally does not exceed several meters.

Yes, today Russia is a leader in the design and manufacture of multiple launch rocket systems. But leadership is ghostly. For example, sea-based MLRS, due to certain circumstances, today completely do not satisfy sailors. We need systems that would hit not areas, but targets. And there are many such examples.

What designers are working on

Back in 2018, in an interview with Red Star, the head of missile forces and artillery of the RF Armed Forces, Lieutenant General Mikhail Matveevsky, clearly defined ways to improve artillery and MLRS, including. Just for most people not related to weapons issues, this information passed by.

“The experience of local wars and armed conflicts of recent years has shown that fighting is impossible without the effective use of artillery reconnaissance, as well as unmanned aerial vehicles. The Zoopark-1M and Aistenok artillery reconnaissance assets that came into service with the missile forces and artillery proved to be positive during practical testing. "
Perhaps, one cannot say more succinctly about the tasks for designers in the open press. Possibly, in closed meetings the tasks were set more specifically, but the general task is clearly visible from this quotation. The Russian Ministry of Defense has identified ways to modernize the MLRS including.

Modernization should occur due to the introduction of modern equipment into the system, the active use of artillery reconnaissance equipment, including not only radar stations, but also drones of all kinds, and the creation of new guided ammunition.

By the way, today you can already talk about one invention of Russian designers.

Launching a drone at a great range (namely, the same “Tornadoes” or “Tornado-S” fire today at a long range) means delaying the time for the main salvo. And the appearance of the drone over the enemy’s positions will give him the opportunity to carry out measures to minimize losses.

Designers from NPO "Splav" solved this problem simply. The drone was installed in the shell for the "Tornado." Thus, the drone appears over enemy positions at the beginning of the shelling and works precisely at the final stage of the flight, directing shells at specific targets. The product proved to be excellent in trials ...

If we summarize everything that is happening today in the design bureaus for the creation of elements of MLRS, you can see the trend of further development of multiple launch rocket systems. In a compressed form, it will look like this: MLRS of the future should become high-precision and long-range weapons!

The firing range of such weapons should be increased to 200 or more kilometers, and the time for deployment, aiming and firing a shot is reduced to a minimum. Ideally up to seconds.

As a result of this, the systems must be equipped with an automatic guidance system, which, by the way, is already used in Tornado-S. This is "Success-R."

We, I mean Russia, are a continental power. And our army is designed to conduct continental wars. This situation is due both geographically and historically. We traditionally fight on land. So, the need for MLRS systems for a long time will be relevant for us.

We are in Yandex Zen
The tragedy of the American army ("The Atlantic", USA)
Artillery systems - faster, easier, stronger
24 comments
Information
Dear reader, to leave comments on the publication, you must to register.