2,5 months of one year: from missile attacks to coronavirus and “zeroing” 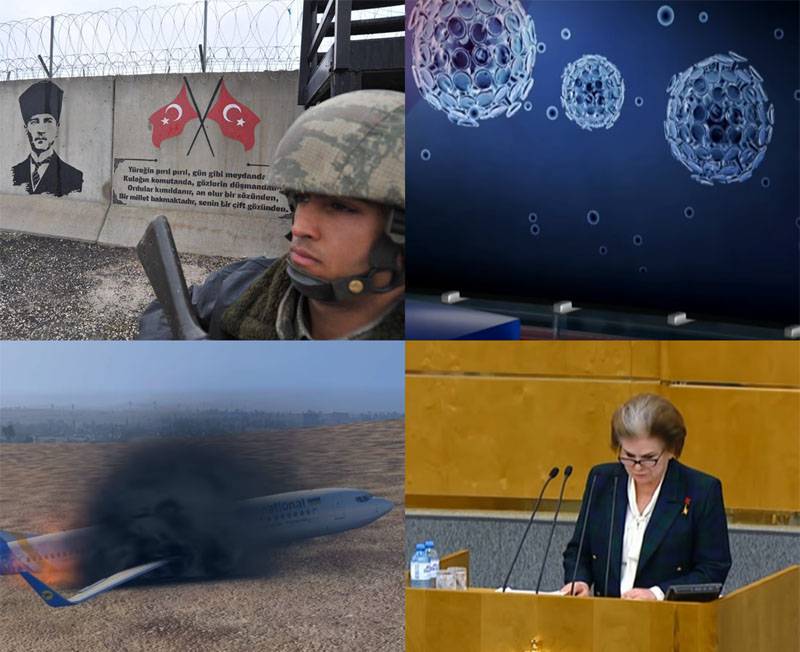 Two and a half months have passed since the beginning of the year, and 2020 already with might and main declares itself as a year that can become a champion in the number of media bursts. Nothing particularly foreshadowed, but from the first days of the coming year very tangible “seismic shocks” began to occur in the information plan.


In the transfer format, it’s worth going over those events that have already managed to prove themselves from the beginning of the year and cause, to put it mildly, considerable excitement.

It’s worth starting with the American Air Force attacking the territory of Baghdad’s airport, as a result of which the Iranian General Kassem Suleimani and the leader of the Shiite militia of Iraq met him.

In response to this, Iran promised the United States attacks on military bases, and, admittedly, kept his word. Several times already rockets exploded in the territory of the US Army bases in Iraq. The last of the attacks was carried out by the forces of the said Shiite police several days ago. A rocket salvo claimed three lives, 12 troops from the United States and Britain were injured.

Against the backdrop of these events, the liner of the Ukrainian carrier International Airlines was shot down. Iran almost immediately recognized that one of the calculations of the air defense of the IRGC inflicted a blow. At the same time, the investigation continues, and so far no answers have been received to questions about how it turned out that the calculation that covered the territory of the airport could strike a passenger airliner, which took off from the runway of that airport a few seconds ago.

In mid-January 2020, the Russian government, headed by Dmitry Medvedev, resigned, under which they immediately composed a new position - deputy chairman of the Security Council of Russia. The cabinet of Medvedev was replaced by the cabinet of Mishustin.

Around the same time, reports on coronavirus began to become more frequent, which were initially looked at in the world like this: "Ah ... yes, it is only in China." The WHO claimed that there was no question of any epidemic at all, that the situation was under full control. But after a few weeks it turned out that COVID-19 is not only in China. Now WHO has decided to witness the pandemic. Countries began to hang iron curtains: the complete closure of borders, the rejection of public events, including major sporting events. Within a few days, medical masks disappeared from the shelves of pharmacies, and in the United States for the first time since the Caribbean crisis queues appeared in grocery stores. Everyone is talking about coronavirus, but no one, including doctors, can really say either about its exact incubation period, nor about the epicenter of the outbreak and the nature of its spread. Politicians cancel meetings, the military refuse to conduct exercises, people lock up in their homes - as if there was no global peace.

The global economy has collapsed. In China, the drop in production amid news of the coronavirus is such that, according to industrial indicators, the PRC has rolled back to the level of the early 1990s.

Added media "fever" collapse in oil prices. For the first time since 1991, “black gold” in world markets has collapsed by almost a third of its value, so far testing the mark of 30 US dollars. The ruble collapsed to the level of 4 years ago.

In Syrian Idlib, the militants "managed to launch an offensive" on the position of the SAA, so much so that in the end it almost provoked hostilities between Turkey and Russia. The situation was such that the Turks were seriously discussing how to deal with the start of hostilities with the Russian military contingent in the SAR. As a result, they were able to resolve the situation. This required a personal meeting of Recep Tayyip Erdogan with Vladimir Putin in Moscow.

At the same time, there is hype in Russia with amendments to the Constitution. And initially there was no particular noise. Most, judging by the reaction in the media, supported the amendments. But then the Hero of the Soviet Union Valentina Tereshkova appeared on the podium - and it began ... It turned out that the amendments on pensions, land non-estrangement, the Russian language, the family and other things were just an “assortment” to the main thing: the president was given the right to run for office in 2024 at the elections. People began to scratch their heads and raise eyebrows. Meanwhile, in Runet, two words “coronavirus” and “zeroing” began to argue over the level of mention.

And these are far from all the resonant events since the beginning of the year.

If 2020 is going to continue to move in the same rhythm, then at what positions the year will be completed - even those experts who position themselves as the guru of plans and forecasts will not take it.
Ctrl Enter