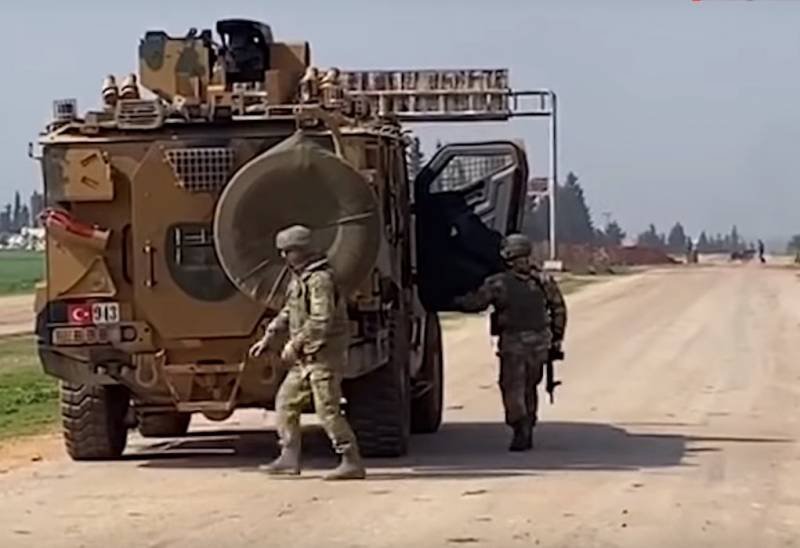 The situation in Syria has again escalated. Turkish troops continue to bombard the positions of the Kurdish militia, and in the province of Idlib, militants from a terrorist group attacked Syrian Arab Red Crescent volunteers. At the same time, Kurdish armed groups publish evidence that “crushing blows” are being inflicted on Turkish troops.


Earlier, a report from the Kurds appeared, in which it was alleged that 79 Turkish soldiers were allegedly killed. Ankara did not comment on this data.

In the cities of Idlib and Ariha, militants attacked the charity organization’s clinics, seizing some of the items and equipment. Apparently, the stolen things will be used for medical purposes by the terrorists themselves. The International Committee of the Red Cross has already expressed outrage at the events. It is known that attacks on volunteers were undertaken by members of the Khayyat Tahrir al-Sham organization (the former Jebhat al-Nusra, which was banned in the Russian Federation).

Militants continue provocations against parts of the Syrian Arab army. So, the shootings took place in the area of ​​the village of Afas, where a bulldozer SAA was fired. Syrian militants refuse to ceasefire on the demarcation line. Thus, the very essence of the ceasefire is actually leveled, since only parts of the Syrian Arab army and Turkish armed forces do not participate in hostilities, and terrorist groups continue armed provocations.

In the south of Idlib province, SAA artillery divisions continue to bombard the positions of pro-Turkish armed forces. Blows are made at the Hayat Tahrir al-Sham positions in the vicinity of Kansafra. Since the KhTSH and another influential group, Huras ad-Din, refused to recognize the ceasefire in Moscow, skirmishes with their militants continue.

In the provinces of Aleppo and Hasaka, patrol raids of the Russian military police continue, and in the western regions of Aleppo, work is underway to mine quarters. An American military convoy of 62 trucks arrived in Hasaka province. Apparently, the Americans will once again engage in the export of oil from the province. In the province of Rakka, the Turkish military continues to attack activists of the Kurdistan Workers Party.

Thus, the situation in Syria remains tense. The pro-Turkish forces did not and will not abandon the tactics of armed provocations against the Syrian government forces. Accordingly, the only way out for parts of the Syrian Arab army is to continue resistance against militants.

It is known that Syrian militants threaten Russian military and journalists who may be in the territory they control. Prices have even been set for the head of the Russian war correspondent, which range from 25 thousand to 100 thousand US dollars. Thus, Syrian militants are trying to fight against objective coverage of the military-political situation in Syria.

As for the Turkish military, they do not yet enter into an open confrontation with parts of the SAA, but continue to support the Syrian fighters financially and technically.

Interestingly, in Afghanistan, the Turkish military command, according to Syrian sources, carries out the recruitment of volunteers in armed groups. After that, Syrian militants are transferred to Libya, where pro-Turkish armed formations are also operating, requiring constant personnel updates.