Trump has declared an emergency: the global economy is in a fever 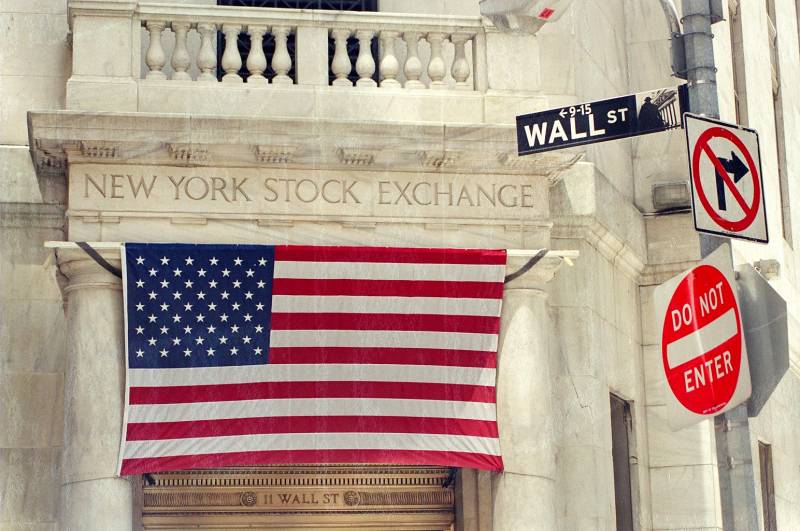 Economic news in recent years, they have been reminiscent of either front-line reports, or reporting from the disaster area into which global markets and exchanges have evolved over the past weeks. The widening epidemic of coronavirus, the outbreak of the "oil war" - all of these sudden blows hit them, rushing mercilessly and indiscriminately. However, let’s try to figure out who is in the worst today, and who, perhaps, is in a better position than it was before the sudden appearance of the “black swans”, threatening to lead the world to a colossal financial and economic crisis.


In truth, the talk that 2020 will be the starting point of a new global recession was conducted the whole previous year, beginning long before the outbreak of COVID-19 in China. His appearance simply became the last straw. Nevertheless, today in the Celestial Empire itself they say that the blackest days for the country are behind, its national economy is already recovering and will soon return to normal operation, having lost only in export volumes and not even in all directions. However, the enormous capacity of the domestic Chinese market largely compensates for these losses. Representatives of the Celestial Health Authorities believe that the global coronavirus pandemic could decline by the beginning of summer, if all countries take effective measures to combat it.

The main opponent of China, the United States, things are not going so well. It became known about the declaration of a state of emergency in the country by President Donald Trump. The head of the White House intends to use at least $ 50 billion from reserve funds to combat the widening epidemic. At the same time, they were instructed by the country's Ministry of Energy regarding the increase in oil purchases for its strategic reserve. According to him, this is due to the collapse of prices for black gold, which made such operations "very profitable."

However, this unexpected “gift” can have an extremely unpleasant downside for the United States.

According to some experts, the current low energy prices could knock out shale oil production from the profitability zone, on which American export expansion to world hydrocarbon markets is based. Generally speaking, forecasts regarding the future of the US economy as such today are completely different. If the country's finance minister Stephen Mnuchin claims that the coronavirus is not able to exert a “long-term negative effect” on it and the situation is under the full control of the government, then JPMorgan analysts predict that the crisis caused by the pandemic will “shock” the US and Europe by July and lead to global global recessions. US GDP, according to JPMorgan, may lose 2% in the first quarter, while European GDP - 1,8%.

As for the Old World, then everything is far from glory to God. Borders are closing, enterprises are shutting down, flights are being canceled. Emergency modes are introduced. The world economy is in a fever.

On Friday, on the other hand, the stock indices of Western Europe went up, showing maximum growth rates since November 2008. The statement of German Chancellor Angela Merkel that her government uses all means at its disposal to help German companies and their employees cope with the consequences of the coronavirus, confirmed by the words of the German finance minister Olaf Scholz about Berlin’s financial capabilities, played a very positive role here. sufficient to overcome the current crisis. However, the rise in the consolidated index of the largest enterprises in the Stoxx Europe 600 region by 7% on Friday does not yet compensate for its collapse the day before, on Thursday, by as much as 11% and a half. At the same time, in such market segments as the automotive industry, tourism and entertainment, the decline has become the maximum since the 2008 crisis.

Similar processes are taking place in the domestic stock market. Over the previous week, it experienced the actually worst period since 2008: for example, the Moscow Exchange index fell by 10% from March 13 to 14,8. However, at the close of Friday trading, both the Moscow Exchange and the RTS indices again showed growth. Oil prices were also slightly adjusted - around $ 35 per barrel.

Naturally, much here will depend on the course of the confrontation between the oil exporting countries, each of which today seeks to squeeze out competitors in the energy markets, dumping as much as possible. Most likely, the end of the “oil war” will be either one of its participants reaching the “bottom”, below which it will simply be impossible to lower prices, or, more likely, the conclusion of a new agreement to regulate the world value of “black gold” - in the OPEC format + or some other.

In the meantime, states that are not affected by the coronavirus with a fairly dynamically developing industry and large energy needs are in a clear gain from what is happening. A classic example is India, which is very beneficial for cheap oil and gas. However, most likely, China will also receive considerable benefits from the cheapness of gas and oil in the process of restoring its industrial production volumes.

One way or another, it will be possible to talk about the world economy returning to a normal mode of existence only when at least one of the current “black swans” really goes beyond the horizon: the COVID-19 pandemic or the oil “collapse”. Even better - if both at once.

We are in Yandex Zen
Situational analysis of the death of the MH17 flight (Malaysian Boeing 777), made on the basis of engineering analysis from 15.08.2014
Results of the week. “In our cooperative, the board is always agreed”
60 comments
Information
Dear reader, to leave comments on the publication, you must to register.