Victory parade was canceled in Kazakhstan, while preparations are underway in Russia 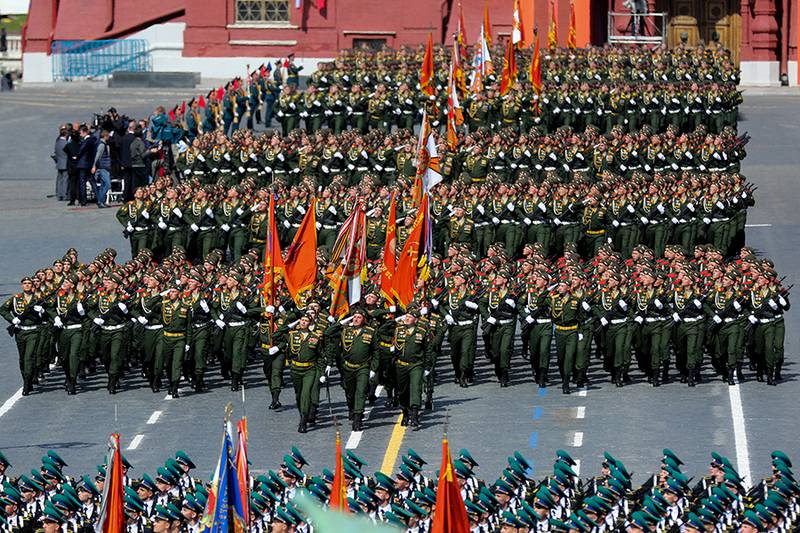 Against the backdrop of the pandemic of the new coronavirus declared by the World Health Organization in the world, Kazakhstan decided to cancel the military parade on the 75th anniversary of the Victory. This was announced by spokesman for the President of the Republic Berik Kurmangali.


According to Kurmangali, Kazakh President Kassym-Zhomart Tokayev decided to cancel the Victory Parade, which was supposed to be held in the capital of the republic, Nur-Sultan, because of the danger of the spread of coronavirus. Other public events are also canceled.

As part of measures to prevent the spread of coronavirus, President Kassym-Zhomart Tokayev decided to celebrate public events to celebrate Nauryz (New Year's Day on the Eastern calendar - approx. BO), as well as a military parade in the capital of Kazakhstan, dedicated to the 75th anniversary of the Victory. The head of state instructed to postpone previously planned international forums
- said in a statement.

Meanwhile, in Russia the possibility of canceling a military parade on the occasion of the 75th anniversary of the Victory in Moscow on May 9 is not yet considered. This was stated by spokesman for the President of Russia Dmitry Peskov. According to him, the Kremlin is closely monitoring the situation in connection with the spread of coronavirus, but so far there is no reason to cancel the Victory Parade, so preparations for the parade continue.

Not yet. Preparation continues. Follow the situation
- declared Sands.

Earlier, Russian Prime Minister Mikhail Mishustin said that despite the acute situation outside of Russia, the threat of the spread of coronavirus in the country was minimized, but he urged citizens to be more attentive to their health.

All measures taken by us are carried out in order to prevent and prevent coronavirus. That is what is the main motive. Therefore, despite the acute situation outside of Russia, the threat of the spread of infection in our country is minimized
- Mishustin said at a government meeting.

We are in Yandex Zen
The President of Kazakhstan commented on the transition to writing in Latin
Militiaman from Serbia: Ukrainian security forces kill civilians, destroy villages
77 comments
Information
Dear reader, to leave comments on the publication, you must to register.