Chinese “economic miracle”: can it be “copied” by Russia 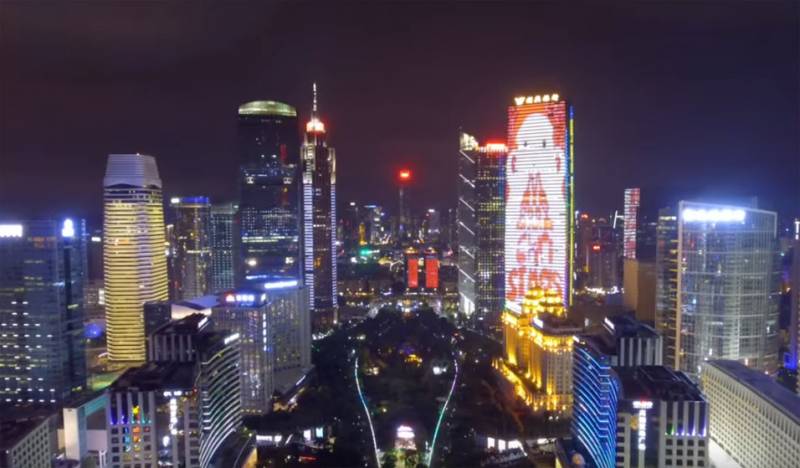 How did it happen that a poor and undeveloped country, which was even less than half a century ago, suddenly turned into such an important part of the world economy, trade and finance that troubles in it instantly come from all over the planet in waves of stock market collapses and other economic shocks?


In fact, nothing so incredible in the 80s - 90s of the last century, from which the very “miracle” that the whole world is now ecstatic (or horrified) takes, has not been done in China. They tried to create the "incredible" there a little earlier - during the "Great Leap Forward", "Cultural Revolution" and similar experiments, the price of which turned out to be extremely high, and the results ... Well, let's say, not at all the ones they were striving for both those who came up with these "superprograms" and those who were forced to participate in them.

On the other hand, an attempt to build a market economy in a socialist state, while not abandoning the fundamental principles set forth in the program of the Communist Party and with its absolutely dominant position in society, seemed to many then something from the field of unscientific fiction. Nevertheless ... Reduced state control over a number of sectors of the economy (but by no means over those that were and remain strategic for the country), liberalization of foreign trade (which did not turn into squandering of state resources), massive attraction to China's investments from all over the world - these and other similar steps gave the result that we are seeing today.

The second (according to other sources, the first) economy on the planet, which has left practically all the states of the world far behind itself in terms of growth and development, society has managed to combine capitalist wealth with communist order and discipline, a tremendous take-off in the field of scientific, technical, innovative development - All this is China of our day. Perhaps the thing is that building an overdeveloped industry, strengthening the army in every way and solving similar global problems, Beijing did not forget for a moment the main thing - the growth of the welfare of its citizens. By the number of millionaires, China has long surpassed all who can. But at the same time, there was no terrifying stratification of society that is characteristic of our post-Soviet stories.

According to the World Bank, in 2010, more than 200 million people lived in the country below the poverty line. Already in 2017, their number dropped to less than 50 million, by 2020, if not for the coronavirus, the Chinese comrades, completely incomprehensibly managing to become rich with the whole nation, would get rid of the concept of “poverty” as such. At the same time, starting as a “workshop of the world”, which throws out waves of not the highest quality goods “by a larger number, cheaper” to the general market, the Celestial Empire has turned into a country where more and more complex and perfect things are created, into a “locomotive” of the so-called “high” The most advanced technology. Without "eating up" the acquired superprofits, they invested there and are investing them in development in order to make even greater profits.

China did not disdain to copy other people's models, technologies, concepts - including in the economy.

Is something similar possible for our country? Often here and there the voices are heard of those who call for "repeating the Chinese miracle" - are we, dumber than them, or something, or we don’t know how to work at all? Let me express my own opinion. Firstly, Russia does not need to try to copy one-to-one. It is precisely from attempts to live in a strange mind, to walk in a different way that many of our troubles arise, and over the centuries. Secondly, it’s hard to imagine, since officially our country has no ideology, and the Chinese economic miracle was largely based on ideological principles.

Meanwhile, the West realized how stupid it was, deciding on "special economic zones" with extremely favorable business conditions and the like "goodies", which by no means stupid Chinese attracted the local corporations like bees with honey. In fact, China accomplished the “economic miracle” with its mind and colossal work, but with other people's money and technology.

They won’t give us anything. Today's "trade wars" waged by Washington against Beijing are just an attempt to "win back everything." Useless, of course, but very persistent. In no case will the West create itself a new economic competitor in the face of our country. So, do not even try? It is necessary to act primarily on their own and on their own resources, since there are many of them. At the same time - taking from the Chinese comrades all the best practices and know-how in the macroeconomic field that you can still take. The “economic miracle” of Russia must certainly take place. At least, it remains only to believe ...

We are in Yandex Zen
Situational analysis of the death of the MH17 flight (Malaysian Boeing 777), made on the basis of engineering analysis from 15.08.2014
Results of the week. “In our cooperative, the board is always agreed”
210 comments
Information
Dear reader, to leave comments on the publication, you must to register.