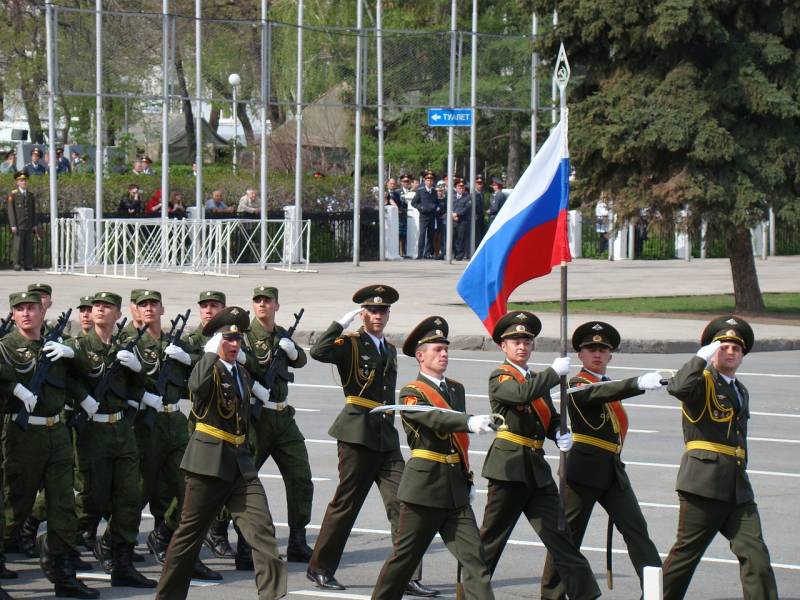 Very often I hear conversations of veterans of the army and fleet in the style of "Not like the current tribe ..." I admit, this happened to me too. When you arrive somewhere at the training ground and you see frank commander "mistakes" that are shown by young officers ... Probably, this is the way the person works. He quickly forgets how he started himself, and requires subordinates to have knowledge, skills and experience comparable to their own.


And the issue of training young officers today is much more acute than ever. The fighting, in which our armed forces took part, revealed not just a change in tactics of warfare, but also presented completely new requirements for junior commanders and unit commanders.

Previously, the basic requirement for the squad, platoon and company commander was to solve stereotypical tasks in accordance with the requirements of combat manuals, manuals and manuals, but today this is clearly not enough. Today, any of the commanders, regardless of the unit that he commands at the present time, is obliged not only to follow the orders of higher commanders, but also to correctly assess the current situation, to effectively solve the assigned tasks not only in standard, but also in non-standard ways.

Now I will say a seditious thing that will cause negative emotions among many veterans of the army. The time of statutory battle formations has passed. Exactly! Note, I did not write that it is not necessary to study combat manuals. On the contrary, the commander must know the combat manual so that it bounces off the teeth. In modern combat, the forms of construction are of positive importance only when the commander has the ability and skill to choose the most optimal form for a particular case, a specific battle.

So, we again return to the fact that today the sergeant or junior officer is obliged to correctly assess the situation, make the right decision and, most importantly, ensure its implementation by personnel. It is obliged to do this, if necessary, independently, without the order of a senior commander, as an independent combat unit.

The fact that such changes are taking place is understood by both the Ministry of Defense and the General Staff. This can already be judged by the fact that the annual army organized and held an annual competition to solve tactical problems among cadets of military universities and officers up to and including the battalion level. Unfortunately, the press pays little attention to this competition.

Now a legitimate question arises. Maybe fathers-commanders are right? Will it be possible for lieutenants who are trained in specific programs and teaching officers and often for a long time engaged in teaching, rather than serving in military units? Therefore, it is difficult to agree with the fact that they, teachers, manage to follow the innovations encountered by combat units during combat missions.

Of course, I cannot speak for all the universities of Russia, but the reviews of the commanders, periodically receiving young lieutenants in their subordination, are mostly positive. Moreover, many officers even speak of some arrogance of young officers, in the positive sense of the word. "Insolent, but the commander will turn out good from him."

It turns out that our military department has taken steps to solve this problem. Teachers for working with cadets are actively “diluted” with commanders with combat experience. So the teachers are also learning. Those who have already mastered the teaching art perfectly convey the experience of working with cadets to those recently from the troops. And vice versa, the "troops" talk about the experience of battles, about the latest in tactics used by the enemy, about the methods of conducting modern combat.

In general, modern universities in their essence, in terms of teaching, are somewhat similar to military schools and pre-war schools. Lieutenants are taught exactly what is needed in a war. Therefore, graduates - lieutenants - are trained to independently carry out combat missions.

We are in Yandex Zen
The tragedy of the American army ("The Atlantic", USA)
Results of the week. "God forbid to see Russian revolt, senseless and merciless!"
112 comments
Information
Dear reader, to leave comments on the publication, you must to register.