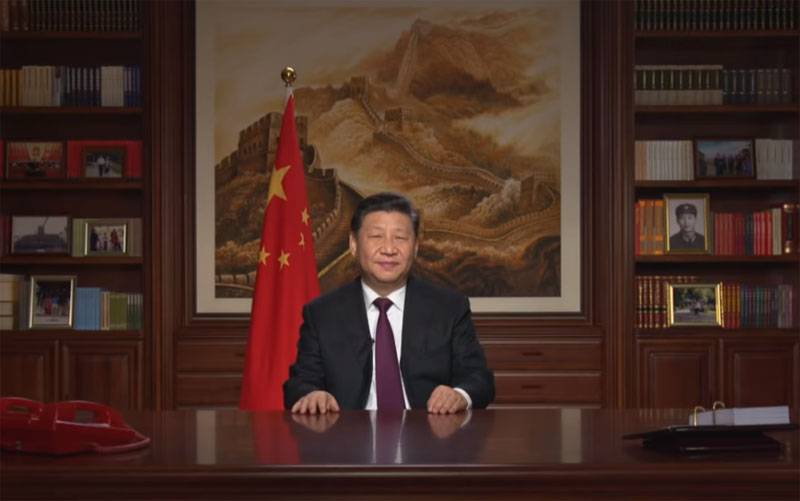 Chinese socialism may be more politically and even economically efficient than American democracy. At least, the successes of Beijing in many areas testify to this.


Berlingske published a very interesting article authored by Laurids Mikaelson, a Danish diplomat, former ambassador of the Kingdom of Denmark to the People's Republic of China. The essence of the article boils down to the following thesis: in recent decades, China has been rapidly advancing in various fields, including science, technology, industry, trade, and, of course, defense. It is possible that in the foreseeable future, China will overtake the United States in the pace of economic development, and this will fundamentally change the alignment that has developed in the modern world.

In terms of granting new patents and introducing technological innovations, China has already overtaken the United States, as if Donald Trump is not crucified that the Chinese are stealing American technology. Moreover, many American companies themselves are actively working in China, so the trade war unleashed by Trump hit not only the Chinese, but also the American business itself.

The coronavirus epidemic, which spread first in China, just revealed the real level of economic and scientific progress of the Celestial Empire. In the shortest possible time, the Chinese leadership was able to establish the deployment of additional hospitals and hospitals, and Chinese scientists immediately took care to create a vaccine against coronavirus. The World Health Organization even noted the successes of China in the fight against the epidemic, while scolding European countries.

The key to the economic efficiency of the PRC is largely connected with the political model that has now been created in China. Mao Zedong laid the foundation for it, Deng Xiaoping reformed, and now Xi Jinping is reinforcing what the previous leaders of China have created.

Now China is building a strong army because it understands that without a reliable defense and security system in the modern world, it is very difficult and even more difficult to achieve a dominant position in the global economy. At the same time, China is a peace-loving country: unlike the United States and Western Europe, which impersonate human rights defenders and bearers of humanistic values, China has not fought at all for the past forty years. Is this not evidence of China’s true peacefulness?

Most Chinese have a positive outlook on Xi Jinping’s policies and are satisfied with the country's political system. This runs counter to the ideas of Americans and Europeans, who consider democracy only as the only correct political system. But the pride of the Chinese for their country, for its political course is not without foundation.

In the United States, more than half of the US population is unhappy with democracy. How do you want to convince the Chinese that democracy is a good idea?
“Asks the former Danish Ambassador to China, Laurids Mikaelson.”

According to the diplomat, who is well acquainted with China, with its political system and population, modern Europe does not need to be afraid of the “yellow danger”. Modern China is a profitable and reliable partner, which in the future will surely turn into a dominant state, pushing the United States into the background.

The article, published by the former Danish ambassador to Berlingske, expresses the point of view of many representatives of European elites who are dissatisfied with the dictatorship of the United States, especially economically, and do not see anything wrong with Europe’s reorientation towards cooperation with China.

Since the economic and technological successes of China are obvious, almost the only claims to the Middle Kingdom lie in ideological and political spheres. But if the Americans themselves are dissatisfied with democracy, and social inequality in the United States reaches egregious proportions, is it right to criticize the Chinese model in the West?

We are in Yandex Zen
Overseas ally? Donald Trump - US Presidential Candidate
Results of the week. "God forbid to see Russian revolt, senseless and merciless!"
106 comments
Information
Dear reader, to leave comments on the publication, you must to register.