Court on the case of the fall of the liner MH17 in the Donbass: the accused are appointed by the West 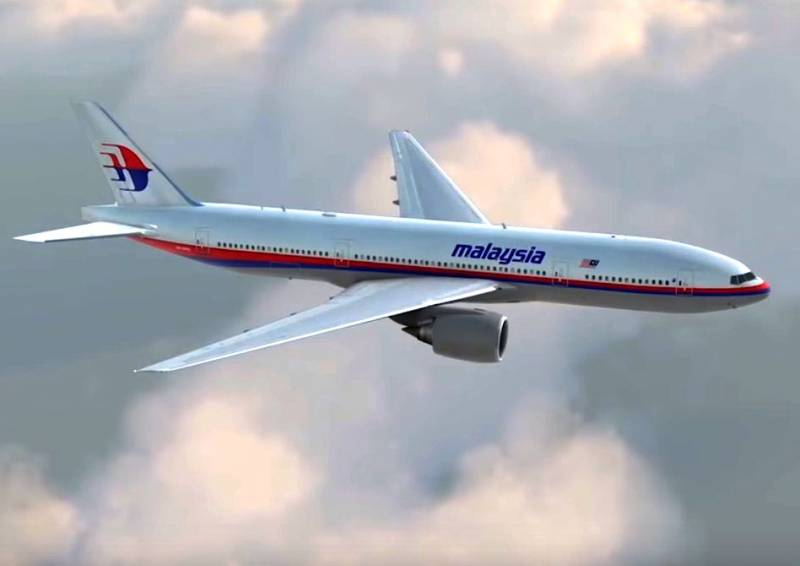 March 9 in the Netherlands, a trial will begin in the case of the crash of the liner MH17 in the Donbass. Four accused are on trial, but none of them will appear before the court.


Recall that a Boeing aircraft flying from Amsterdam (Netherlands) to Kuala Lumpur (Malaysia) and owned by the Malaysian airline Malaysia Airlines crashed on July 17, 2014 near Donetsk. All 298 people aboard the plane died.

Soon it became known that the crash occurred as a result of a missile fired from an anti-aircraft missile system entering it. It was these data that made the Joint Investigative Group suspected of involvement in the crash of the liner of the Donetsk militias and Russia.

According to investigators, the Buk air defense system, from which the plane was allegedly shot down, belongs to the 53rd anti-aircraft missile brigade of the RF Armed Forces, deployed in the Kursk region. Investigators claim that the air defense systems were purportedly brought to the Donbass, and then taken back. Recall that Russian representatives were not allowed to investigate the incident, in addition, the Ukrainian side and the United States and a number of European countries behind it tried to build obstacles for Malaysia, although the ship belonged to this state and most of the victims, including crew members, were citizens of Malaysia .

As a result, the accused in the case were “appointed,” and this is exactly how the four people should be charged. This is Igor Girkin, better known as Strelkov, as well as Sergey Dubinsky, Oleg Pulatov and Leonid Kharchenko. Three of them are citizens of Russia, Kharchenko is a citizen of Ukraine. All of these people, according to investigators, are personally responsible for the crash of the aircraft.

It is clear that no real evidence of Russia's involvement in the crash of the aircraft and the involvement of these accused persons is not given. The accusation is based on some fragmentary information, fragments of public statements of political figures and the like. The defendants themselves do not admit their guilt. In mid-August, private investigator Joseph Resch, who led a parallel investigation into the tragedy, tried to present his version, but the Joint Investigative Group did not study it.

Given all the introductory, you can count on the fact that the trial will drag on for a long time. The lawyer of one of the accused Elena Kutina in an interview RIA News" She said that the process can go on for six months, until the fall of 2020, but, from our point of view, this is the minimum time. Recall that the famous Yukos case has been tried in the international court in The Hague for ten years, and there is an economic case with a lot of evidence. Therefore, it cannot be ruled out that the process will drag on for more than a year.

A quick trial of the crash of a liner is possible only if the court receives an order in advance to charge Girkin and the other accused and does not take into account all the dubious aspects of this high-profile case.

Of course, now it’s very profitable for the West to blame Russia for what has happened, since this will give new life to anti-Russian sanctions, it will become an additional trump card for criticism of Moscow, and, in addition, it will show the whole world that Russia, they say, was not only involved in the plane crash but also for six years she refused to admit her involvement. In such a situation, the most justifiable way out for Russia is not to recognize the fabricated “evidence”. Actually, this was stated by President Vladimir Putin, who expressed the position of Moscow: Russia will recognize the process only if it gets the opportunity to fully participate in the investigation of the tragedy.

On the other hand, it cannot be ruled out that in Moscow, in order to improve relations with the West, they will compromise and allow Girkin to be blamed for the fact that an airplane was shot down on his orders. Indeed, now Igor Girkin (Strelkov) is sharply criticizing the current government, its politics in the Donbass, relations with Ukraine. He is a rather controversial figure and provokes mixed opinions in the Russian establishment. Therefore, the famous Strelkov may well be sacrificed for the sake of satisfying some tactical goals.

We are in Yandex Zen
The collapse of the "Boeing" in the Donbas. Five years have passed, but the West is hiding the truth.
Situational analysis of the death of the MH17 flight (Malaysian Boeing 777), made on the basis of engineering analysis from 15.08.2014
84 comments
Information
Dear reader, to leave comments on the publication, you must to register.