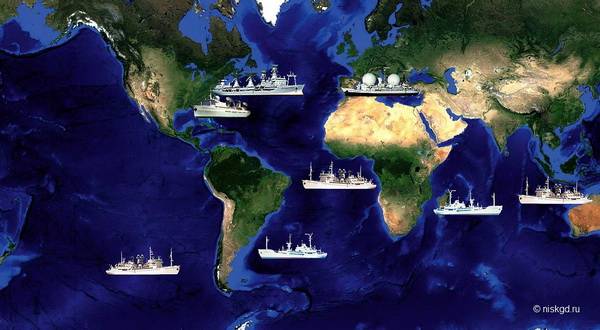 Does the name “Space Research Service of the Marine Expeditionary Work Department of the USSR Academy of Sciences” say anything to you? Under the pennant of the USSR Academy of Sciences from the 60s to the mid 90s of the XNUMXth century, ships equipped with telemetry receiving and control equipment from spacecraft, as well as communication systems with the control center, went to the ocean. In fact, these vessels were floating measuring points, similar to land. Being in the ocean, they significantly expanded the capabilities of the MCC to receive information from orbit, to communicate with astronauts, and sometimes to control spacecraft flying out of sight of ground stations.


Question: What does Military Review have to do with the topic of the Academy of Sciences and its courts?

Everything is simple. And difficult. Belonging to the Academy of Sciences is the cover legend of the 9th Separate Marine Command-Measuring Complex, or, briefly, the 9th OMKIK as part of the Main Department of Space Facilities under the Ministry of Defense. In long voyages, up to 9-11 months, the AN pennant allowed these vessels to call at foreign ports for bunkering, replenishing food supplies and resting people. People are the crew and the so-called expedition. The crew was recruited from sailors of the Baltic and Black Sea shipping companies, and expedition members from officers and employees of the Soviet Army. And, as it should be in the army, the expedition had its own number of the military unit and commander - the chief of the expedition. The legend, as well as the civilian clothes of the expedition members, few people misled in the ports of call. From a newspaper article: “Today such and such a research vessel has entered our port. The head of the expedition is Colonel such and such. ”

Vessels fleet the space service is involved in all significant events in the national space industry: the flight of Yuri Gagarin, the launch of automatic stations to Venus and Mars, the launch of hundreds of communications and navigation satellites, military and scientific satellites. These ships accompanied the lunar program of the USSR, the program of manned flights, the test of the unmanned reusable spacecraft Buran. 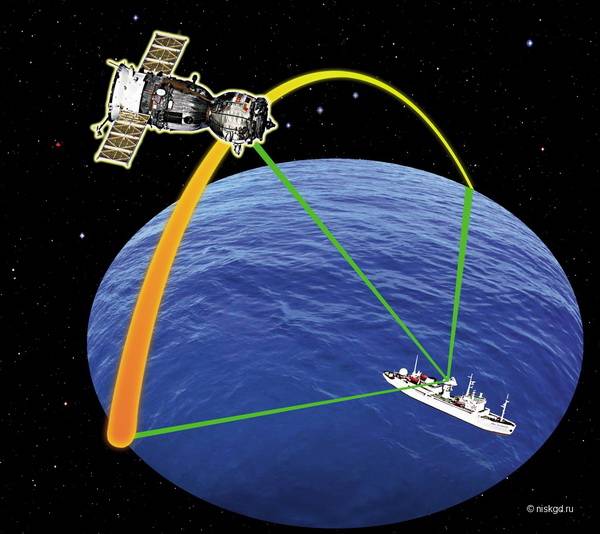 Well, that’s understandable. And what is Patsaev? What should he be saved from? And why?

The fleet of the space service by 1990 totaled 11 vessels. One of them is Cosmonaut Yuri Gagarin. The ship, built in 1971, could still be considered the largest of all such. Today, out of these 11, only Cosmonaut Viktor Patsayev remains. The rest between 1990 and 2005 were scrapped. 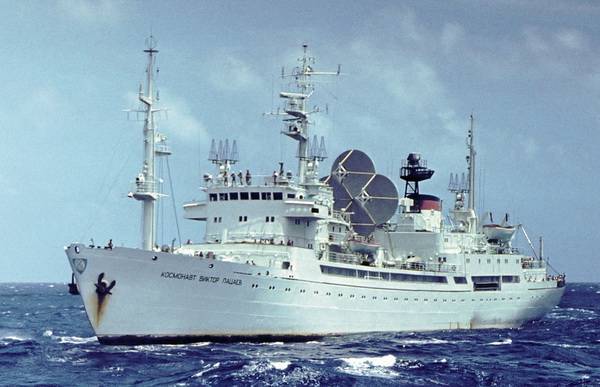 But Patsaev, in 1996, falling into the hands of the Russian Space Agency (now Roscosmos), was unemployed for a long time, in 2001 it was at the berth of the World Ocean Museum in Kaliningrad, and since 2003 even worked - standing at the berth the connection of the ISS Russian segment with the MCC, while attracting the public with an unusual “space” appearance.

But about five years ago, it became clear that Roscosmos would no longer need Patsayev’s services and then he would have one way - to scrappage. Unique, the only thing left - to be scrapped! Veterans decided that this was unacceptable and took action. With the funds raised by them, they conducted a historical and cultural examination, and in 2016 Patsayev became an object of cultural heritage of the peoples of Russia. It seems that they were saved from destruction.

When in 2017 Roscosmos did not need it, the veterans had to solve the problem: how not only to save the ship, but also to make a monument of Russian cosmonautics and special shipbuilding out of it, how to equip the space service fleet museum about which we dreamed. Roscosmos, to his shame, categorically rejected this idea. Ministry of Culture - too.

At this moment, the military responded to the call of the veterans. ZapVO Commander A. Kartapolov, now Deputy Minister of Defense, visited Kaliningrad, saw Patsayev and said: “Let's take Patriot Park to Kronstadt.” Still would! 120 places in cabins for juniors, a galley, a gym, many rooms for training classes and exhibitions, and, most importantly, fully equipped laboratories with many racks of telemetry, satellite and HF communications reception and processing equipment that recently worked on the ISS, a single-time system ... This is how popular Patsaeva shines; stand on Ust-Rogatka in Kronstadt!

Two years have passed since then. In 2018, both the Chief of the General Staff of the RF Armed Forces and the Minister of Defense of the Russian Federation confirmed: Patsaev will be accepted into the Patriot park. We began to work out plans for the transfer and acceptance. The owner, JSC NPO Measuring Techniques, prepared documents for the gratuitous transfer of the ship to the military. And ... it got up.

“Patriot” took shape as a legal entity only at the beginning of 2019. Its staff and budget for 2020 are at a minimum. He cannot accept Patsaev.

In February, at the Maritime College, representatives of the Ministry of Defense and the Navy announced to the question about “Patsaev”: “We cannot accept Patsaev.” Expensive repairs are required. ” And they call the amount - 2,5 billion rubles.

Chief of the General Staff of the RF Armed Forces V. Gerasimov answers the veterans: the military is ready to accept the ship, but it has already been repaired and museified. Moreover, the task of repair and museumification is shifted to the government of the Kaliningrad region, the Ministry of Culture and the Russian Space Agency. In Russian, this is called a "freebie."

A similar answer comes from the Main Military-Political Directorate, headed by A. Kartapolov, who in 2017 encouraged us (his words at a personal meeting: “We will succeed”).

Like this. Two years ago, the Ministry of Defense agreed to accept “Patsayev”, without putting forward any additional conditions for the donor. Two years ago, deputy. Baltic Fleet Commander S. Eliseev called the cost of repairs - up to 100-150 million rubles.

Now the Ministry of Defense is backing down. Where did the amount of 2,5 billion come from? Apparently, from the ceiling, since no estimates or estimates of the cost of repairs were made by anyone.

Dead end? So, what is next?

Continue what you started. We do not have many opportunities. Only letters to the government, to the ministries and departments sent about a hundred. Most of the answers, as usual, are unsubscribing. During personal meetings (with V. Medinsky, A. Kartapolov, S. Eliseev) we were told what we wanted to hear. However, we found support from the media, the ONF and the State Duma deputies (S. Govorukhin, V. Lysakov, V. Tereshkova, R. Romanenko, E. Serova).

In general, we will still fight.

Patsaev must live. Live like a museum and monument and serve people. Otherwise, all the words about fostering respect for stories their country and patriotism will remain only words.

We are in Yandex Zen
What you didn't want to know about England
"Space Fleet of Russia": save the remnants and think about the restoration
55 comments
Information
Dear reader, to leave comments on the publication, you must to register.