In Donbass, an armored car of the APU "Novator" and ATGM "Amulet" 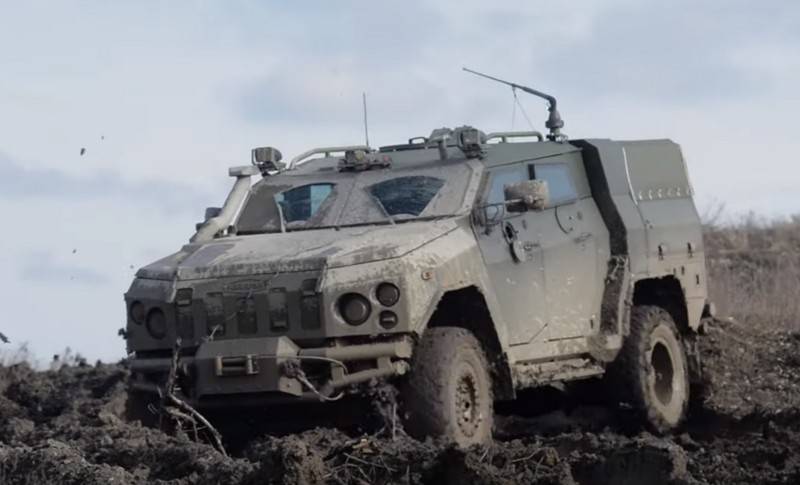 A video of testing various armored vehicles has already appeared on the Web, which has already been adopted by the Armed Forces and is still planned for delivery. The video is presented by the 93rd mechanized brigade, currently located in the Donbass.


Among the equipment shown, it is noteworthy to test the Novator special armored vehicle and the combat wheeled vehicle on the BRDM-2 chassis with the Amulet anti-tank missile system. This equipment has not yet been adopted by the Armed Forces of Ukraine, although the first deliveries of Novator for experimental combat operation took place in November 2019. Most likely the equipment is being tested in conditions close to combat.

According to the developer, the Novator armored car was created on a Ford 550 chassis with reinforced rear suspension. The design used foreign components, of which at least 50%. The curb weight of the car is 6845 kg. The maximum speed of the car on the highway is 140 km / h. The armored car is equipped with a 6,7-liter turbodiesel rated at 300 hp. (895 Nm) and a 6-speed automatic transmission. Tires have Ran-Flat bulletproof inserts. The car overcomes steep slopes of up to 60 degrees and slopes of 50 degrees. Fuel tank - 160 liters. Cruising range - up to 700 km.

The wheeled combat vehicle on the BRDM-2 chassis with the Amulet anti-tank missile system was presented by the Kiev State Design Bureau Luch. Repair and modernization of the BRDM-2 is carried out by the Nikolaev Armored Plant. During the upgrade, new radios, a new thermal imaging sight instead of the standard TKN-1C for night vision, as well as the Ukrainian basalt navigation system SN-3003N, are installed on the machine. ATGM "Amulet" uses guided missiles of a cumulative and high-explosive type similar to ATGM "Stugna".
Ctrl Enter

We are in Yandex Zen
APU received the first batch of new armored vehicles "Novator"
New French anti-tank missile system MMP
42 comments
Information
Dear reader, to leave comments on the publication, you must to register.