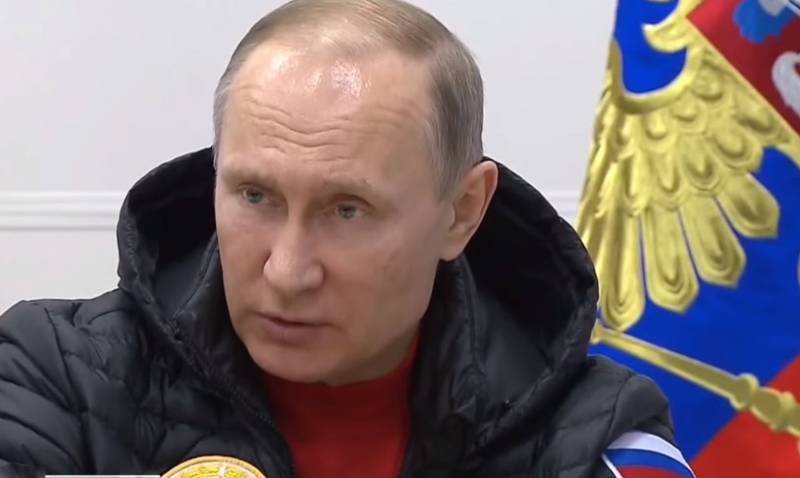 Turkey reacted to the statement of Vladimir Putin on Syria. We are talking about a statement made by the President of the Russian Federation in an interview with TASS. Today, TASS is already publishing the 6th series of interviews with the head of state.


President in the program “20 questions to Vladimir Putin:

We are not going to fight with anyone, but we are creating such a situation in the field of defense that it would not occur to anyone to fight with us.
It was about creating the latest weapons in Russia, as well as the fact that Russia was not at all chasing a huge military budget. According to Putin, Russia now has 7th place in the world in terms of army spending. Russia is ahead of countries such as the United States, France, Japan, Saudi Arabia, the United Kingdom.
Putin:

Moreover, our expenses are declining from year to year, while expenses of other countries are growing.
In the Turkish edition of Hürriyet ("Freedom"), commenting on the statements of Vladimir Putin, they noted that this part of the interview with the Russian president came out in the days of the greatest exacerbation of the situation in Idlib. The authors of the material also write: statements by the President of Russia that the Russian Federation is not going to fight with anyone were made a few days before the scheduled meeting with Turkish President Recep Tayyip Erdogan.

Recall that the meeting of the leaders of Russia and Turkey is scheduled for March 5. At the moment, issues for discussion are coordinated by the Foreign Ministry of the two countries. At this time, an armed confrontation with the participation of Turkish troops in Idlib continues.
Ctrl Enter

We are in Yandex Zen
Interview of Vladimir Putin with Radio Europe-1 and TF1
The big press conference of Vladimir Putin
158 comments
Information
Dear reader, to leave comments on the publication, you must to register.