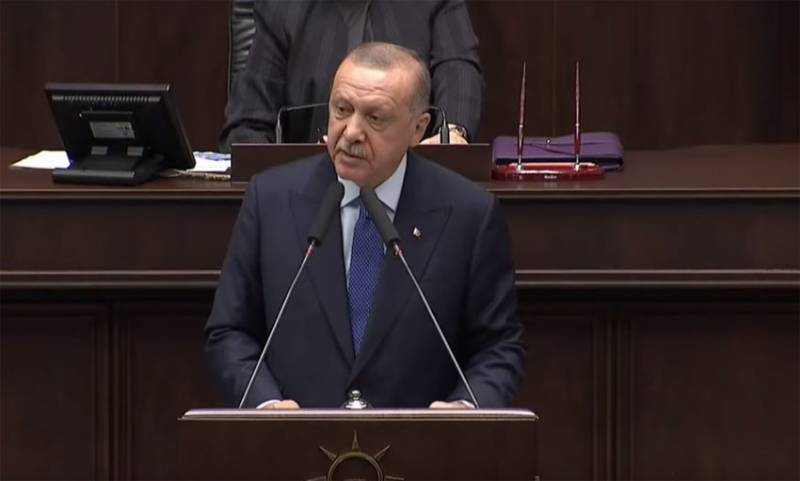 In addition to a telephone conversation between Turkish President Recep Erdogan and Vladimir Putin, talks were held between the Turkish President and other leaders. So, it became known that Erdogan called in Washington and talked with Donald Trump.


A Turkish television report reported that Erdogan and Trump discussed the situation in Idlib, and during this conversation, the Turkish president actually complained to his American colleague about the "mean attack on the Turkish military in Idlib." According to Erdogan, this was a violation of the letter of the Sochi memorandum. It is a pity that the Turkish leader did not remember whether the supply of military equipment and weapons to terrorist groups, as well as the introduction of Turkish military instructors and Turkish special forces into their ranks, was a violation of the same memorandum ...

The US President said he expressed support for the actions of Ankara.

From a message on Turkish TV:

The leaders agreed on the need to take further steps to prevent a humanitarian catastrophe in Idlib.
So maybe Erdogan will take the first step - stop supplying arms to the militants? ..

The international community must take more responsibility to resolve the Syrian crisis.
Against this background, Russian Permanent Representative to the UN Vasily Nebenzya emphasized the right of Syria to destroy terrorists on its land.

From a speech by Nebenzi at a meeting of the UN Security Council:

In response to the constant violations of the ceasefire from within the Idlib zone, the Syrian army, of course, has every right to respond and suppress terrorists. Russia cannot ban Syria from fulfilling the requirements of UN Security Council resolutions on combating terrorism. Moreover, the Syrian army does this on its own, and not on foreign territory.
Ctrl Enter