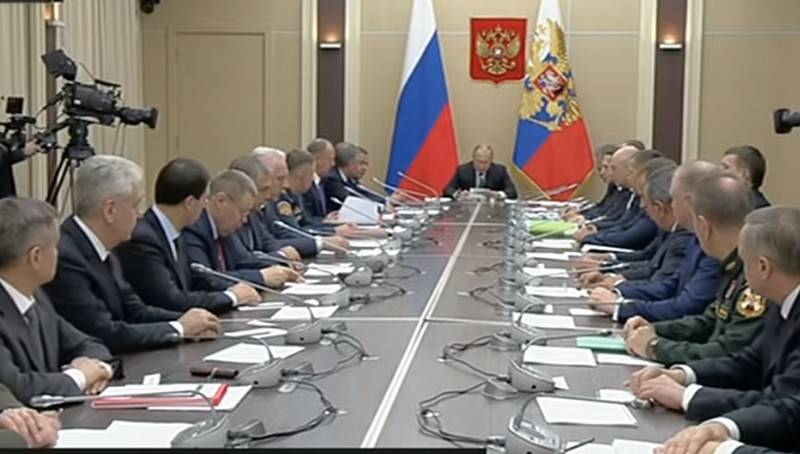 Russian President Vladimir Putin held an operational meeting with the permanent members of the Security Council to discuss the recent situation in the Syrian province of Idlib. This was reported by the press secretary of the head of state Dmitry Peskov.


As a result of the meeting, it was noted that the Russian side did everything in its power to ensure the safety of Turkish troops in Idlib province. It is noted that not a single Turkish soldier in the observation posts, according to the agreements reached, was injured.

Moscow especially noted that the Turkish military should be at observation posts, from where to control the militants, which they still have not been able to do. Instead, they themselves go on the offensive with the militants.

Now the entire leadership of the Ministry of Defense (Turkey), headed by the Minister, is on the border, an operational headquarters has been created there, a large-scale action is planned. This can develop into real aggression and war between two sovereign states
- he said.
Ctrl Enter

We are in Yandex Zen
Reports from the militia of New Russia for 27-28 September 2014 of the year
Yuri Drozdov: Russia prepared the role of the sacrificial calf
109 comments
Information
Dear reader, to leave comments on the publication, you must to register.