By rehearsing an offensive against Russia, NATO is trying to strengthen the unity of the alliance 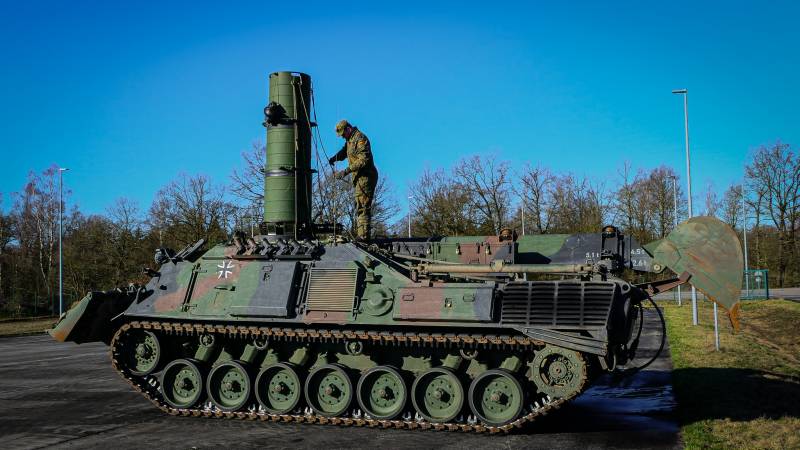 Last week, NATO's largest military exercise Defender Europe 2020 (Defender of Europe 2020) began over the past quarter century. According to the organizers of this action, the alliance should work out the logistics of transporting military equipment from the United States to Poland and the Baltic states, to the borders of Russia. In fact, another military rehearsal of the offensive on our country.

Europeans do not want to fight

On February 20, the first heavy-duty vessel arrived in the German port of Bremerhaven from across the ocean, including Tanks, armored cars, tankers, road cars. At the same time, the first batch of American troops landed at Hamburg Airport.

According to the German newspaper Süddeutsche Zeitung, approximately 20 troops will arrive from America for the exercises. In total, 40 thousand people from 18 NATO countries will be attracted to maneuvers. The German Bundeswehr will be represented by a contingent of four thousand troops.

“Officially, Defender Europe 2020 is the exercise of the US forces, but in fact, the Alliance member countries will rehearse the offensive in case of war against Russia,” writes another German newspaper Junge Welt. Indeed, the bulk of the exercises will be held in areas bordering Russia. As experts noted, Defender of Europe 2020, for example, aims at a “cold siege” of Kaliningrad.

These maneuvers are aimed (according to the official version) to test the combat effectiveness of the alliance and increase its combat potential. In reality, they raise the degree of Russophobia in Europe. They are working out the image of the enemy in the face of Russia, which has faded somewhat recently.

Last year, a large-scale study was conducted in European countries. People were asked one question: "Are you European citizens ready to fight for America with Russia and die in this war?" The results of the study shocked politicians. It turned out that 98% of Europeans are neutral and said that "this is not their war."

Meanwhile, today the “Russian threat” and Russophobia are perhaps the only motive for uniting the countries of the North Atlantic Alliance, but even it is failing. Last November, French President Emmanuel Macron, in an interview with British journalists, announced the need for a new balanced model of relations between Europe and Russia, aimed at strengthening cooperation between them.

In that interview, Macron spoke sharply against NATO. In his opinion, the alliance "is now in a coma." “NATO has no coordination on strategic decisions between the United States and its allies,” said the French leader. This contradiction is tearing apart the alliance. From which Macron concluded: "European countries need some independence from the United States in the field of defense."

NATO Secretary General Jens Stoltenberg reacted instantly and tried to appease the obstinate Frenchman. “NATO countries must necessarily maintain a unified position on Russia,” Stoltenberg said at a press conference in Brussels. “We are now the only platform where North America and Europe meet and jointly make decisions.”

The skirmish of politicians passed, but the sediment from it remained. Emmanuel Macron was the first among Western leaders to say that the world media is already discussing - Europe’s vassal dependence on Americans in several areas of NATO’s activities and the contradictions within the alliance caused by it. The main ones are decision-making practices and financing conditions.

There is no unity over money

The biggest disagreement within the alliance arose over the issue of financing. A sharp topic was made by US President Donald Trump. At last year’s NATO summit in London, he demanded that the Allies increase their contribution to 4 percent of GDP, as the previously agreed share of 2 percent no longer meets the alliance’s needs.

Following Trump, NATO Secretary General Jens Stoltenberg said: expenses of the countries of the North Atlantic Alliance in 2020 will grow by $ 130 billion, and in 2024 - by $ 400 billion. For a stagnant European economy, these are exorbitant numbers. The other day, in discussing the seven-year budget of the EU, in Brussels, the summit participants quarreled because of a much smaller amount - an increase in contributions of 75 billion euros.

We must remember that already in 2018, the NATO budget exceeded one trillion US dollars. Last year, he grew by 7 percent at once. Now he is drawing new heights. In the absence of real threats, there were fewer hunters to spend on numerous (up to three hundred a year) exercises to repel the “Russian threat” in Europe.

Moreover, in the European media from time to time they discuss the possibility of a local war between NATO and Russia. According to experts, the Americans can arrange it using conventional weapons. Washington with one such action will weaken both Europe and Russia economically competing with America.

However, these new trends have not yet become a factor in European politics. It still has a stronger voice for those who are ready to follow America without a trace. Large-scale exercises with the hypocritical title “Defender of Europe 2020” are the best evidence of this.

We are in Yandex Zen
NATO exercises Defender Europe 2020: goals, objectives, threats and risks
Cold War Tanks
13 comments
Information
Dear reader, to leave comments on the publication, you must to register.