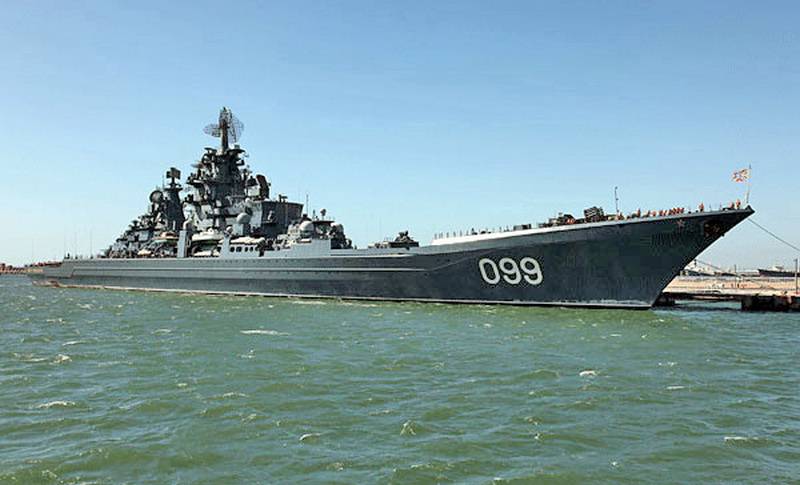 The planned and long-awaited modernization of the Peter the Great heavy nuclear missile cruiser (TARKR) will be held with an emphasis on repairing and updating the ship’s main power plant. It is reported by Mil.Press FLOT, citing a source in the United Shipbuilding Corporation (USC).


According to the source, since the ship’s age is already considerable, carrying out a full modernization of the cruiser may require a number of experimental design work and significant funds. At the same time, the cruiser itself, unlike the Admiral Nakhimov of the same type, was not mothballed and is in much better condition.

The hull of the Project 1144 ships is quite durable and in case of timely dock repairs can last up to half a century
- said the source of the publication, adding that the main emphasis in the repair will be placed on the power plant, after updating which the ship can last a long time.

In early 2018, the USC announced that the modernization of the Peter the Great TARKR would begin in 2020 immediately after the same type of Admiral Nakhimov. It was planned to re-equip the cruiser with the new Onyx, Caliber and possibly Zircon missiles instead of the standing Granites. It was also expected that modern anti-aircraft missile systems, communication, navigation, life support systems, etc. will be installed.

Ctrl Enter
Noticed a mistake Highlight text and press. Ctrl + Enter
We are
Reports from the militia of New Russia for 27-28 September 2014 of the yearRussian Navy modernizes the nuclear-powered cruiser Admiral Nakhimov
141 comment
Information
Dear reader, to leave comments on the publication, you must to register.