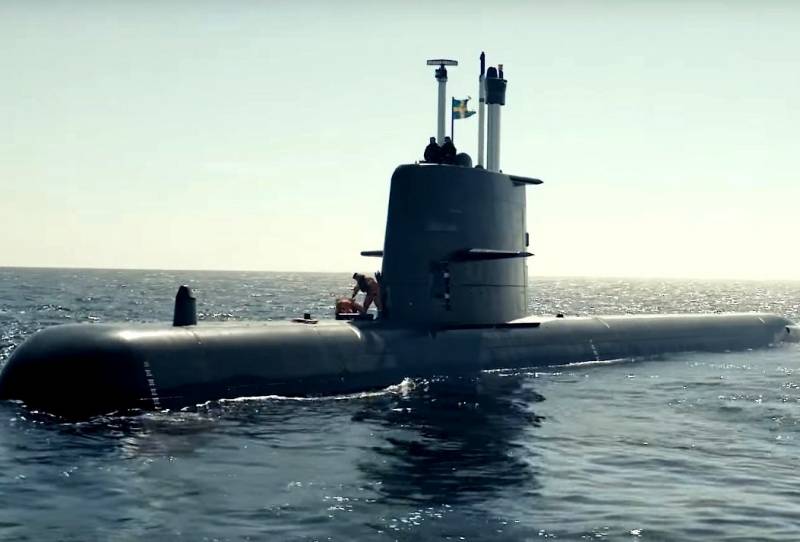 Sweden, despite its two centuries of neutrality, has seriously taken up the issue of preserving and strengthening the combat effectiveness of its underwater fleet. Now in Stockholm they want to keep in service as many submarines as possible.

As it became known, Stockholm is currently negotiating with the Ministry of National Defense of Poland. The Swedes are going to sell the Poles just 2 submarines of the Södermanland type. In Poland, it is hoped that the acquisition of two Swedish submarines will significantly increase the combat potential of the country's naval forces. The Polish military department expects that the Swedish side will first hand over one submarine A17 / Södermanland (HMwMS Östergötland), and then the second submarine (HSwMS Södermanland) will turn.

But the likely sale of two of the five submarines to Poland does not mean that Sweden intends to reduce its submarine fleet. Stockholm is convinced that at least five submarines are needed for the full defense of Sweden. Therefore, at the same time, the Swedish leadership is in talks with Singapore. This Asian country could sell Sweden two Archer submarines, which were added to the Singapore Navy in 2011 and 2013.

Interestingly, the Singapore Archer was initially completely not Singaporean, but Swedish submarines. This is the HMwMS Hälsingland and the HMwMS Västergötland, which were once sold to Singapore, where they underwent repairs and upgrades.

Meanwhile, the issue of submarines is considered in a very important Swedish document - the White Paper on Sweden’s security policy and the development of military defense in 2021–2025. It is emphasized in it that in 2030-2035. three Gotland-class submarines must be replaced. But the deadlines for the construction of a new generation submarine, Blekinge, are being delayed: if in Stockholm it was hoped that they would put it into operation in 2023, it is now clear that this will happen no earlier than 2025.

Thus, if now the Swedes pass the submarines to Poland, they will only be left with three submarines, one of which is in unsatisfactory condition. For the Navy command, such a prospect is not desirable, since five submarines in service are an acceptable minimum for Sweden, and now in Stockholm they are increasingly talking about the need to have six submarines.

Both Sweden and Poland are concerned about building up the power of their submarine fleet exclusively in the context of Russia's confrontation. Interestingly, Sweden, which has not been at war with anyone for two centuries, considers Russia a potential threat and is no less belligerent than Poland.

It is clear that the increase in the number of submarines in the Baltic, which Poland is counting on, will be carried out to increase the combat capabilities of the Alliance against Russia. Sweden, by the way, is actively involved in the United States, if not in the alliance itself, then in joint military activities along with other Scandinavian and Baltic NATO members.

Ctrl Enter
Noticed a mistake Highlight text and press. Ctrl + Enter
We are
Migrants go north. The specifics of the migration situation in ScandinaviaResults of the week. “In our cooperative, the board is always agreed”
25 comments
Information
Dear reader, to leave comments on the publication, you must to register.