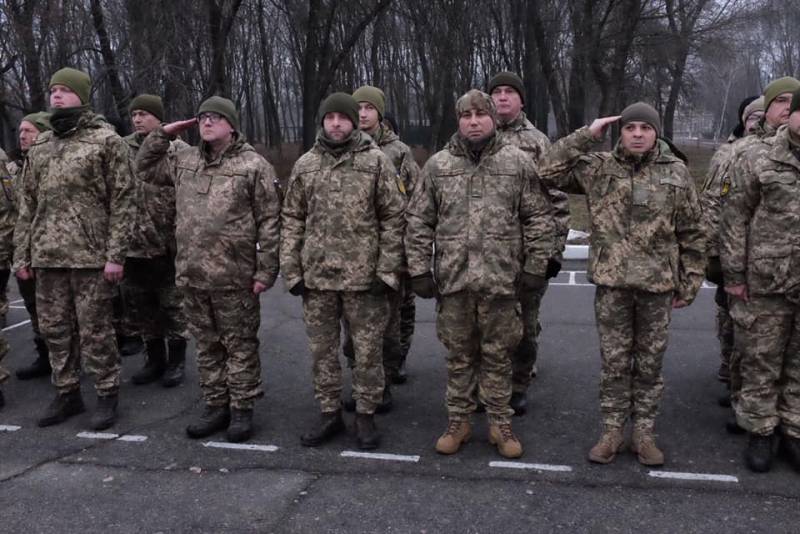 As soon as it comes to the “voluntary battalions” that have gained the most unkind fame in the Donbas, which appeared in Ukraine in the spring of 2014 and played one of the main roles in turning the civil confrontation in the east of the country into a brutal armed conflict, the majority imagine a crowd of notorious nationalists, fanatical fans of Bandera and the UPA, thus realizing their cherished dream of a "massacre of Muscovites." In fact this is not true…


There is no doubt that adherents of ultranationalist ideology in "Azov", "Aydar", "Donbass", "Tornado" (* extremist organizations banned in the Russian Federation) were more than enough. However, it should be noted that “Banderaites” both in the most “non-fallow” and outside its borders rightly call mainly immigrants from its western regions. However, just this audience during the whole war in the Donbass didn’t really go to the front lines, believing that singing the praises of the “UPA * fighters” and cursing “Muscovites” was much more comfortable in their own kitchen under the burner with lard than in the fired trenches or at roadblocks. According to statistics, in the “Dobrobats” there were a lot of natives of those regions of Ukraine where nationalism never prevailed. So what's the deal?

This question, by and large, should be addressed primarily to psychologists. Both on the Maidan and in the punitive battalions generated by it, a huge (without exaggeration) percentage of people was the most ordinary ... losers! Whoever it was there: burnt out businessmen, dismissed civil servants for compromising reasons, failed public men. And creative personalities - from musicians to artists, even a dime a dozen! These are not idle inventions: in the first year or two of the “patriotic upsurge” (2014-2015) with biographies of such personalities who found their inglorious end in the Donbas, the local media and Internet portals of various “patriotic” organizations were simply overwhelmed. The material for research was rich.

All this audience, who failed to realize themselves in a normal life and categorically did not want to work hard to get any achievements both materially and socially, poured on the "Maidan", seeing in it the only opportunity to stand out, become famous, "rise" and soar over the intolerable gray everyday life. And they all got it in full! Official Kiev extolled the thugs who destroyed the country, proclaiming them “heroes” and rewarding them with higher orders. The next such opportunity for this company was the ATO, where, in truth, many of them were first sent almost forcibly, while promising an easy and burdensome walk on the corpses of the Separs. For the “Maidan” horses and the outcasts who came to them, this was an opportunity not to return to a dull ordinary life, a new exciting adventure. They went to fight and kill for the sake of entertainment, “for the sake of the process”, that’s the worst.

Mercantile moment? Up to 70% of “Dobrobatovites” initially did not appear on any lists and staffing, respectively, and did not receive monetary allowance. They were fed, as a rule, by representatives of yet another dashing tribe generated by that cursed time - “volunteers”, and not the state, which they supposedly “defended”. No, initially in the “battalions” there were also those who went to kill their own fellow citizens for the sake of profit and satisfaction of their sadistic inclinations. And in a very considerable amount. Looting, robbery, kidnapping for ransom, savage torture and reprisals - these “volunteer battalions” in the Donbass “became famous” in full.

In 2014, the number of cars, mainly prestigious and expensive “foreign cars” with license plates in Donetsk and Lugansk regions, sharply increased in Kiev and other regional centers. Refugees? Not at all. Yes, a certain percentage of those who fled from the war, saving the family and the remnants of property, among these drivers was. But for the most part, in the cabs of cars with “Donbass” numbers sat “marauders“ battalion ”. The business of cars stolen and "depressed" in the "ATO zone" from the local population has become one of the most profitable income items of "battalions". Mercedes, Lexus, BMW, sold for nothing, have become one of their "calling cards."

Of course, the matter was not limited to cars. Electronics, household appliances, even clothes and utensils - both from the looted warehouses and from the apartments of the "separatists", poured into the peaceful regions of Ukraine. The main merit in this again belongs to the "battalions". Those who went to war to loot, took their toll. This, in turn, exhaustively explains the readiness of many of their fighters to put their heads under bullets, without having an official status and, as a result, with money from the state. What other salary? They issued a machine gun - spin as you can. They were spinning ...

The most cunning leaders and fighters of “Dobrobat”, having orientated themselves on time, went to serve the oligarchs. The first among those was Igor Kolomoisky. But not the only one. Some of them over time were forced to go “arm” of the Armed Forces and the National Guard, having made a career in these structures. Someone, for example, the notorious Biletsky with his "Azov", managed to convert the bloody "heroism" into a political career, someone - in more or less money. The vast majority of the surviving battalion degenerated into the most ordinary bandits - which they, in fact, were from the very first day.

We are in Yandex Zen
Situational analysis of the death of the MH17 flight (Malaysian Boeing 777), made on the basis of engineering analysis from 15.08.2014
Results of the week. "God forbid to see Russian revolt, senseless and merciless!"
39 comments
Information
Dear reader, to leave comments on the publication, you must to register.