Semester, which was not. An occupation 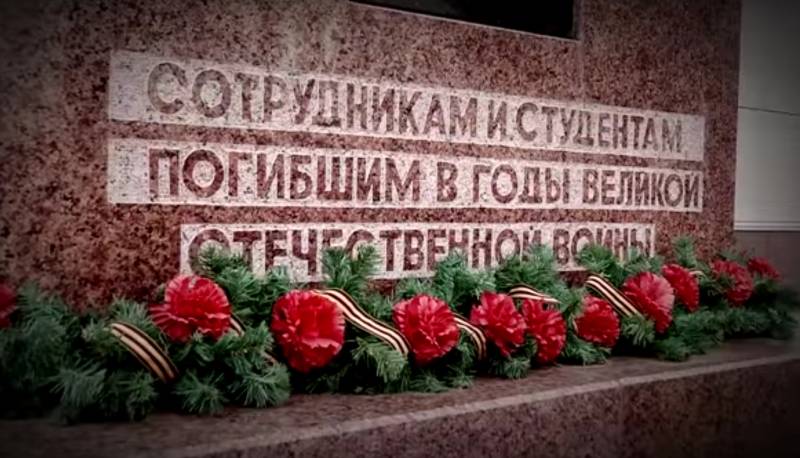 The staff of Stavropol Medical University collected these materials for about ten years. At some point, the idea arose to record the stories of eyewitnesses of the tragedy and their descendants on video. Eight years after the first recording, in 2018, the film “Semester, which was not. An occupation". Unfortunately, some of the storytellers are no longer alive today. Fortunately, we managed to film their stories.


Notable in this stories we are presented with a few points.

1. For the most part, people whose lives were tragically cut short in August – September 1942 in the Stavropol Territory arrived in the region by evacuation from the cities of Ukraine: Dnepropetrovsk, Kiev, Odessa, etc. However, representatives of a number of medical universities in a neighboring country did not show interest in our searches. Then, 8-10 years ago, we were surprised at this. Now - no ... The picture of events in general, as well as the fate of individual employees and students of Ukrainian universities, who, by the will of fate, worked in the walls of the Stavropol (Voroshilov) medical institute in the 1941–42 academic year, we had to restore on our own.

2. The fate of people during the occupation was different. Jews, communists, opponents of the "new order" were ruthlessly destroyed. Appointed Acting Director of the University A.N. Polonsky was not to die at the hands of the punishers. However, Alexei Nikolaevich, who had his own family, trying to save I.I., an employee of his department Erlich and her mother, entered into a fictitious marriage (in the Stavropol Territory the Germans allowed some concessions when deciding on the destruction of representatives of “mixed” families) and moved to live in the Erlich family. But there was a denunciation, a fraud revealed. A.N. Polonsky, mother and daughter Erlich were destroyed.

3. “The case of the Stavropol Medical Institute” - a phenomenon that consisted in the fact that medical scientists of Jewish nationality were allowed to continue research for some time, the subject of which was of interest to the Nazis. In particular, we are talking about the studies of F.M. Brikker (cancer treatment), Ya.S. Schwarzman (development of the drug "Miol" for the treatment of heart disease), T.M. Vilensky, who worked in the field of practical psychiatry. In the end, all scientists were put to death, and the results of their research were largely lost to Russian science.

4. The destruction of university employees, students and their families has become one of the largest in the entire occupied territory of the Soviet Union. Among medical universities - the most numerous.

While working on this material several years ago, we did not imagine that the issue of mass destruction of civilians by the Nazis today will be sharply discussed at the interstate level. We did not set ourselves super tasks, we only told the story of one university for a short period of time commensurate with one academic semester. Semester, which was not.

Documentary film “The semester of which was not. An occupation":

We are in Yandex Zen
First muslim
Retribution
2 comments
Information
Dear reader, to leave comments on the publication, you must to register.