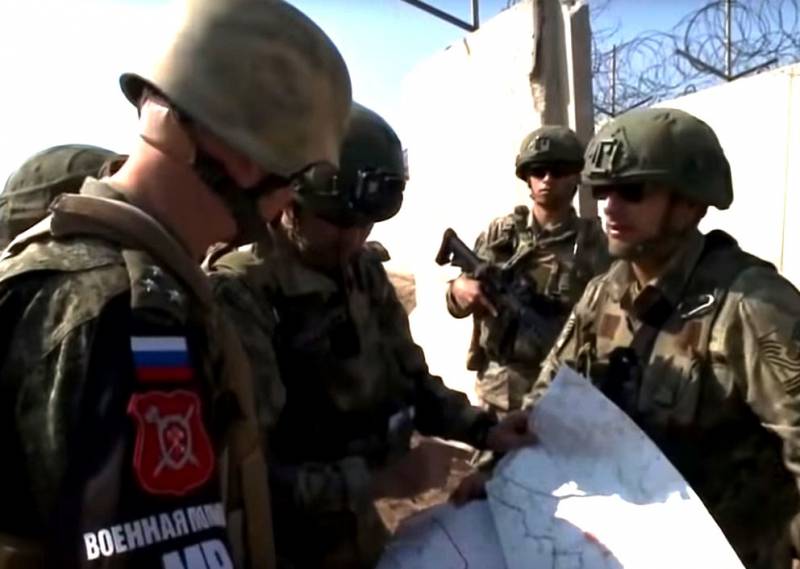 The representative of the Syrian Democratic Forces, based on the Kurdish militia, gave his assessment of the events in Idlib. In his opinion, there is a plan for changing the political map of the region and some secret agreements.


Mahmoud Habib, officially representing the SDS, said that Russia and Turkey could have come to an agreement on joint actions in Idlib both in Sochi and Astana. Therefore, all the threats that Moscow and Ankara are scattering against each other today are just “camouflage”, followed by Turkey’s desire to change Syria’s political map and Russia's consent in exchange for certain concessions from the Turkish side.

According to Habib, Russia and Turkey interact quite closely with each other on the issue of Syria and events in this country. All high-profile statements are made only for the press in order to create the appearance of a confrontation between the two states in Idlib.

Another opposition representative, member of the Executive Committee of the Movement for a Democratic Society, Eldar Khalil, recalled the fate of Afrin, who, he said, had fallen victim to the “cunning plan” of Russia and Turkey. Russia allowed Turkey to occupy Afrin, so that Ankara, in turn, refused to support the armed groups operating in Ghout, in the vicinity of Damascus, and posing a certain threat to the government of Bashar al-Assad.

In order to cleanse the main territory of Syria from radical fundamentalist groups oriented toward Turkey, Damascus and its supporting Moscow made certain concessions. As a result, the militants of radical groups from Aleppo and Palmyra were relocated to Idlib.

Representatives of the Kurdish opposition, if we discard the emotional expressions addressed to Recep Erdogan, believe that the Turkish president’s main goal is to restore the power of the Ottoman Empire and first he needs to establish control over the northern regions of Syria and Iraq. The fact that the ultimate goal of Erdogan is to occupy the northern territories is testified at least by that. that the militants are gradually being withdrawn from Idlib, transferring to Libya. The occupation of Northern Syria is entrusted to the Turkish armed forces, and the militants have already done their job and are no longer needed in this region.

The position of the Kurdish opposition is understandable. For her, Erdogan is the worst enemy, no better than ISIS (banned in the Russian Federation), since he is a categorical opponent of the idea of ​​creating not only an independent Kurdish state, but also the wide political autonomy of the Kurds in northern Syria. In Ankara, they see Kurdish political activity in Northern Syria as a potential threat and their own territorial integrity, and strive to act proactively by occupying the border regions of Syria.

Now the Kurds negatively assess the role of Russia, which allowed Turkey to legitimize its military presence in Syria. It was after the agreements in Astana that Turkey was able to legally deploy its armed forces on Syrian soil. Also, representatives of the opposition note that Russia and Turkey, agreeing among themselves, came to certain agreements at the expense of the Syrian government.

At the same time, the territorial integrity of Syria is not a priority value either for Russia or, especially, for Turkey, the opposition believes. Therefore, Russia allowed Turkey to occupy certain areas of the country, and the Syrian troops, periodically clashing with Turkish units, are trying to achieve changes in Russian-Turkish agreements by their actions.

Since neither the USA nor the NATO countries are in a hurry to actively side with Turkey, and Erdogan himself does not want to allow a direct military clash with Russia, it is possible that eventually Turkey will be forced to retreat to Idlib. But in order to leave, Erdogan will need to save his political face, and this is not so simple in the current situation.

We are in Yandex Zen
Reports from the militia of New Russia for 27-28 September 2014 of the year
The US Army spends billions of dollars to replace uniforms
30 comments
Information
Dear reader, to leave comments on the publication, you must to register.